Don’t mess with the Duggars! The Counting On stars aren’t afraid to respond to trolls online, which is why we rounded up the family’s best mic-drop-worthy clapbacks of 2020.

Remember back in January when Jana Duggar addressed those “paid commercials?” Sharing a gel nail tutorial, Jana, 30, captioned her Instagram post, “Just posted a new video on my YouTube channel! Simple steps and how I do my own gel nails at home! The link is in my bio.”

In the comments, one fan wrote, “Jana, love your posts and craftiness video but not the paid commercials on gel nails … ” Taking the opportunity to defend herself, the eldest Duggar daughter shot back, “It’s not a paid commercial or ad. It’s something I bought myself and have really enjoyed using! Just wanted to share something I found helpful with you all!” 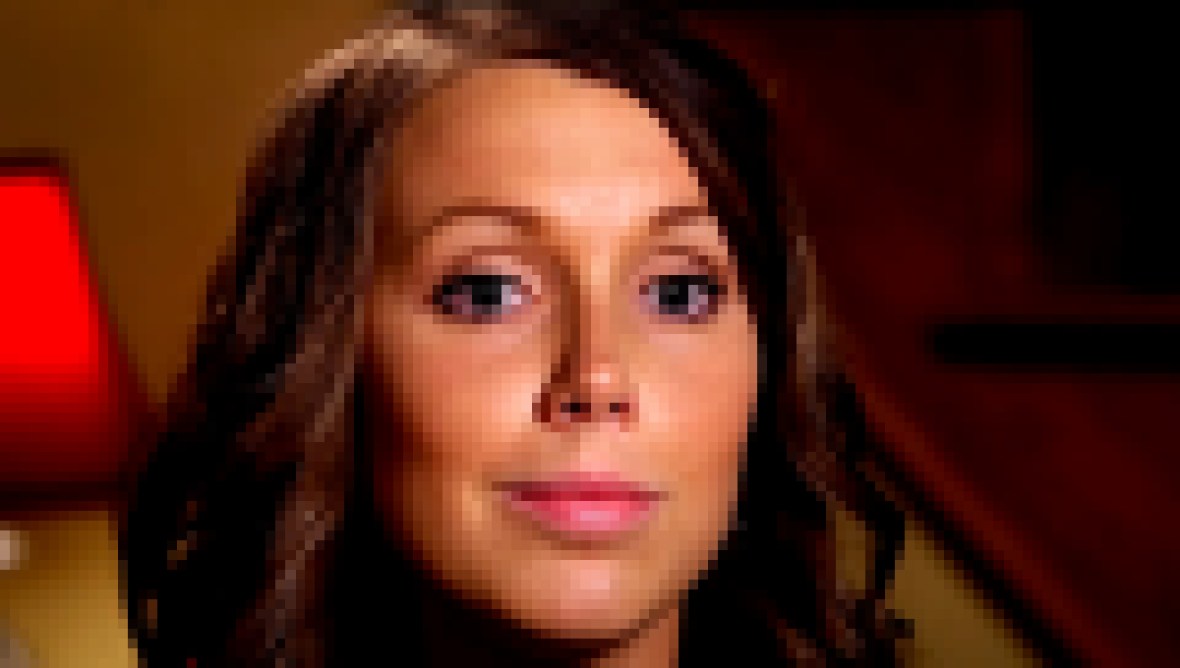 Or how about that time Jessa Duggar hilariously reacted to rumors she was expecting baby No. 4? “Bet she [is] pregnant again now,” a hater commented on Facebook in February. Instead of shutting any pregnancy speculation down, however, the 19 Kids and Counting alum leaned in. Snarking back, she wrote, “Yes, and it’s triplets this time!”

The 28-year-old Arkansas native welcomed three children with husband Ben Seewald after tying the knot in 2014: sons Spurgeon and Henry in 2015 and 2017, and daughter Ivy in 2019. While gearing up for Counting On‘s two-hour season 11 premiere on July 7, the couple dished about how they handle harsh comments on social media.

“Whenever I look at people who are super, super negative or super hateful in their comments, a lot of times they’re not real people in the sense that, like, it’s an account that has zero posts, zero followers created specifically for hating,” the brunette babe told Us Weekly on July 1. “We just have to remind ourselves, like, we don’t live for the approval of every single person out there. We love each other. We love our kids. We love God and we try to live our lives to please God. … You can’t please every single person out there.” 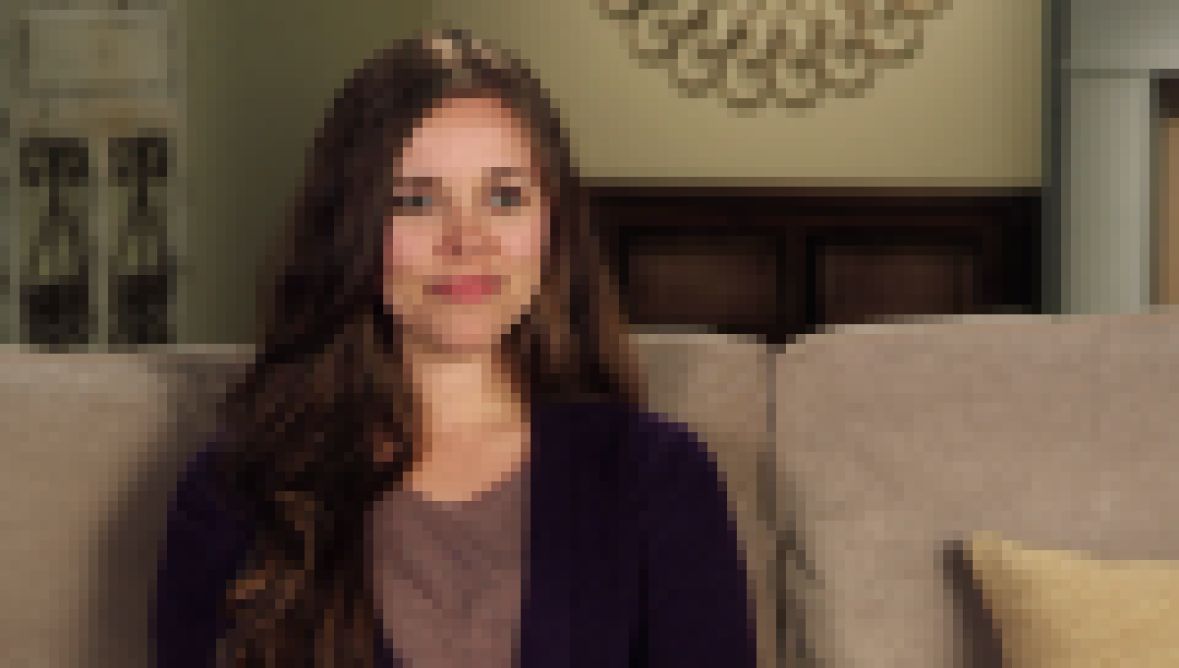 Ben added that the anonymous users “probably wouldn’t say” any sort of negative comment “to your face,” and while the pair of young parents — and the rest of the famous family — might always face criticism, they try not to let it get to them.

“I think you have to be careful not to just become jaded at people,” he told the outlet. “We don’t really know the experience of that person and what they’re going through. You know, maybe they’ve had a really rough day … I think it’s important to be understanding and just kind of take people where they’re at.”

Keep scrolling to see the best Duggar clapbacks in 2020!

Rebel cousin Amy Duggar fired back at someone who reprimanded her husband, Dillon King, for smoking. “Congrats! … [Kind of] sad your husband is so young and into smoking,” the troll wrote under Amy’s post of Dillon’s cigar bar. “Smoking killed my grandpa and it’s a horrible thing to get into and to put your family in harm by second-hand smoke.”

In an effort to school the hater, she replied, “You don’t inhale the smoke with cigars. He also showers and changes before he holds Dax. Thank you for your concern though.”

This time, Dillon did the talking after several users took offense to Amy’s silly post about female empowerment.

“Happy Women’s Day! Today let’s celebrate all the strong, beautiful and loving women who truly do it all! May we never forget that we are loved, worthy and capable!” Amy, 34, captioned the controversial photo. In the image, the beauty can be seen stepping on her husband’s chest.

To back up his wife, Dillon assured fans the image was all in good fun. “Everyone needs to stop, take a step back, remove the hate and just have a laugh. My wife and I support each other wholeheartedly and this was nothing more than having some fun while shooting one day,” he explained. “If you all can’t just laugh and have a good time on here, then I would hate to see how you react to real offensive content on social media.”

Fans grew concerned after Kendra Duggar (née Caldwell) and husband Joseph Duggar seemingly disappeared from social media over the summer. One commenter decided to finally speak up when they noticed Kendra did not appear in photos from Joy-Anna Duggar  and Austin Forsyth’s baby shower.

“Haven’t seen Kendra in a while!” they commented on the July 27, post. “Is she alright?” That’s when Jim Bob and Michelle Duggar stepped in to assure fans there is no reason to worry. “She’s doing great,” they responded.

Less than a month later, we found out she was pregnant!

Anna Duggar dropped an epic clapback after a troll came for the mother of six and her family on Instagram.

“As much as I dislike this family, these are really nice pictures of the kids,” the user wrote, to which the reality star, 32, responded in a new-deleted message, “I’m sorry you dislike us. Hope you know we love you, and most importantly, God loves you more than you could ever imagine!”

A then-pregnant Jinger Duggar got ahead of mom-shamers by revealing her autumnal coffee had little caffeine. “Happy day with a pumpkin spice latte in hand. It’s the little things. #yesitsdecaf,” the now-mom of two subtly slammed.

Don‘t even try it, mommy-shamers. TLC alum Jill Duggar called out the trolls (a.k.a. Karens) on her Instagram page after sharing an all-too-real message about her sons, Israel and Samuel, having a little dispute.

“When you hear your kids fighting over a flashlight in the bathroom … Then you hear ‘uh, it fell in the toilet!’ (And yes, there was ‘stuff’ in there),” she wrote, adding a hands-over-eyes emoji. “How’s your Friday going so far?” she asked, before sharing a public service announcement. “And flashlight is in the trash Karen,” Jill quipped.

In October, Joy — who shares son Gideon and daughter Evelyn with husband Austin— shot back at rumors she was expecting so soon after giving birth.

“Oh God she’s not pregnant again … ” the Instagram user wrote under several gorgeous shots of the young mom and Austin. In response, Joy bluntly replied, “I have a 9-week-old.”

Days later, Joy responded to rumors she and Austin were getting a divorce. “‘He just needs a companion.’ Austin’s mom told this to me when we were dating; it’s so true,” the mom of two captioned the precious pics on October 24. “He just wants somebody with him, and I love this about him! I’ll be your companion any day, baby.” In reply, one person commented, “So, do you just get an engagement ring in this belief? I didn’t see a band with her ring.” Jim Bob and Michelle’s daughter then shot back, “[Eye roll] no, my fingers were swollen during pregnancy, and I haven’t put my wedding band back on.”

… In other words, think twice before commenting on a Duggar post!