Way back in the day, Michelle Duggar made the executive decision that her girls would grow up exclusively wearing skirts and dresses. Over the last few years, though, rebel daughter Jinger Duggar decided that she was ready to live by her own rules. Not long after tying the knot, she started wearing pants — and now her sisters are following suit. These days, Jill Duggar is regularly rocking ripped jeans, and even Jana Duggar has been spotted in shorts.

But how did that whole skirts and dresses thing start? The girls explained in their 2014 book, Growing Up Duggar, why their parents came up with such strict rules when it comes to their dress code — and it has to do with their traditional, religious values. “We do not dress modestly because we are ashamed of the body God has given us; quite the contrary. We realize that our body is a special gift from God and that He intends for it to be shared only with our future husband,” they explained.

“We avoid low-cut, cleavage-showing, gaping or bare-shouldered tops and, when needed, we wear an undershirt. We try to make it a habit to always cover the top of our shirt with our hand when we bend over. We don’t want to play the peekaboo game with our neckline,” they said. They also explained how the TLC stars use a “safe word” when coming in contact with a woman dressed ~inappropriately~ in order to signal to the rest of the family to look down and keep it moving. When they spot someone in a less-than-modest outfit, they say the word “Nike” — and the boys direct their eyes to their sneakers instead of straight ahead. 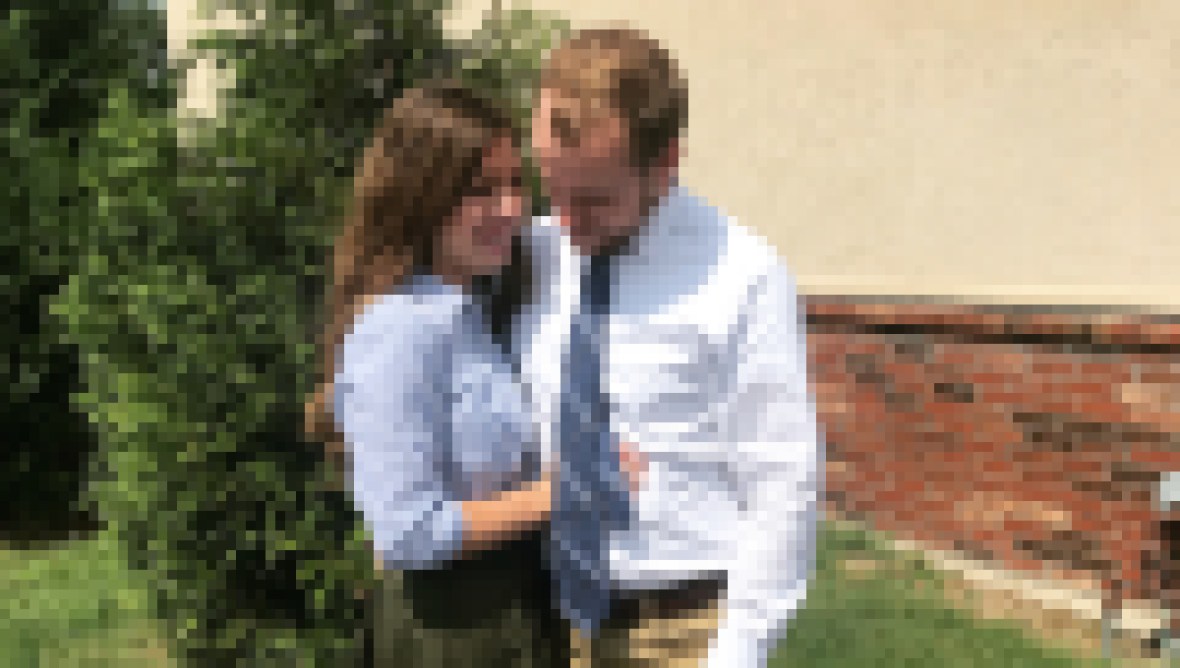 Lauren's Not the Only One in Heels! The Duggar Girls Love to Rock a Little Fancy Footwear

The move is used to keep any of the men in the family from being “defrauded” while out and about. And as it turns out, being careful not to defraud anyone is also where the whole skirts and dresses thing comes into play. “We really wanted to see what the scriptures said about [modesty],” Michelle wrote in a 2013 blog for TLC. “Our interpretation was that from the neck down to the knee should be covered.” But it was also important to her that she do that in a feminine way. “I really should be defining who I am as a woman by choosing to wear dresses and skirts,” she said.

But now that the girls are old enough to start making that choice for themselves, who’s following in their mom’s footsteps? More importantly, who’s branching out? Check out the gallery below to see which of the Duggar girls have rocked a pair of pants.

When Jinger first started wearing jeans, fans pretty much flipped. Holding a gun is nothing new for a Duggar, but denim jeans? Watch out.

At this point, wearing pants is pretty standard for Jinger. Her husband Jeremy Vuolo previously revealed he sees no issue with the way she dresses.

She’s even branched into pantsuit territory for professional events. When she and Jeremy stepped out at a conference in January 2020, she looked classy and stylish.

Jinger’s daughter is getting in on the trend, too. The tiny tot may be too little to make her own style choices just yet, but her parents aren’t afraid to put her in pants.

Derick Dillard may have some rather controversial opinions, but he also doesn’t seem to mind his lady wearing jeans. The father-of-two proudly shared this Insta pic when Jill spoke at a school about God-centered relationships.

After getting comfortable in the clothing, she’s even graduated to wearing shorts. They may not be daisy dukes, but they still hit several inches above the knee. Scandalous!

In November 2019, she took things up another notch by debuting a pair of leather leggings, and fans couldn’t stop raving about how amazing she looked.

Jill even ditched her swim skirt in July 2020 when she modeled a new pair of bathing suit bottoms. “Don’t mind me if you see me at Walmart in my swimsuit, haha,” she joked.

Look at this trendsetter! Jill opted for a pair of ripped jeans while sending her son Israel off on his first day of kindergarten on August 25, giving us major cool mom vibes.

Joy once said she would not wear pants upon getting married, but she seemingly decided to follow in her sisters’ footsteps during this snowy outing with Austin Forsyth. And on her honeymoon, no less!

She also slipped into a pair of sweatpants in August 2020. Considering she was about a million weeks pregnant at the time, however, we understand her decision to prize comfort over just about anything else.

No man, no pants — that seems to be the rule for this famous fam. But the eldest Duggar daughter wasn’t afraid to slip on some shorts while helping her younger brother celebrate at his bachelor party. Talk about getting wild!

Fans were also convinced she skipped the skirt in favor of some cargos when she went out for a bike ride with little brother Jedidiah Duggar. “Is Jana wearing pants??! She looks great!” one commented on Jed’s photo.

She seemed to be wearing black bottoms once again while hanging out with niece Grace Duggar. It’s not clear whether it’s the same pair or if Jana owns multiple pairs of pants, but fans were excited to see her making her own style choices despite the Duggars’ strict dress code. “Yes, girl!” one wrote.

The rebel-cousin has never been one to play by her aunt and uncle’s strict rules — and she makes that very clear by rocking pants, sexy dresses and drinking in her Instagram pics.

Jessa follows her parents’ dress code more strictly than her siblings, but even she has ditched the skirt-over-snow pants combo during a day of sledding. Eagle-eyed fans are also convinced they spotted her in only leggings during a day at home.

In March 2020, the mom of three took her style evolution one step further when she shared an Instagram photo in which she’s rocking some sweats. “Pants!!!!” one fan commented excitedly. “I see London, I see France, I see Jessa’s light pink PANTS,” wrote another.

While working as a nurse, Abbie has always opted to wear pants rather than than a scrub skirt, and she wasn’t afraid to flaunt that fact while filming for her hubby’s reality show.

Even outside of work, she’s comfortable in the clothing. While exploring Finland with her new husband, the cutie pulled on a pair of jeans to keep her legs warm.

OK, Lauren’s not ready yet to wear them without a skirt on top, but we still think the fact that Lauren is wearing pants at all is worth mentioning. These aren’t just leggings for modesty, after all. Those are full-blown denim, baby.

But while Lauren isn’t yet comfortable rocking just jeans, she doesn’t seem to have a problem putting baby Bella in a pair. Her little daughter has no shame about her denim — and she looks pretty cute in them, too.

It seemed for a second that even Michelle was getting in on the trend after Jana shared this photo on Instagram — but after a closer look, it was revealed that her jeans were actually just a denim skirt in disguise.

Even the kids are getting in on the trend! Anna shared a photo of her daughter Mackynzie wearing jeans on April 21, and, sure, she’s technically wearing a dress over them, but fans were still thrilled to see a little more “freedom of wardrobe.”