Another one bites the dust! Javi Marroquin and Lauren Comeau‘s on-and-off romance is seemingly off for good, but the Teen Mom 2 couple shared some sweet memories over the years despite the drama.

The mom of one — who shares son Eli with her estranged fiancé — confirmed breakup rumors in an emotional Instagram Live on Tuesday, January 19.

“I’m never gonna air dirty laundry on the internet. My mama raised me better than that. I do think I deserve to come on here and show some real f–king pain,” Lauren said while wiping away tears. “I’m just here to pick up the pieces with my kid, stuck here with no family or friends.” 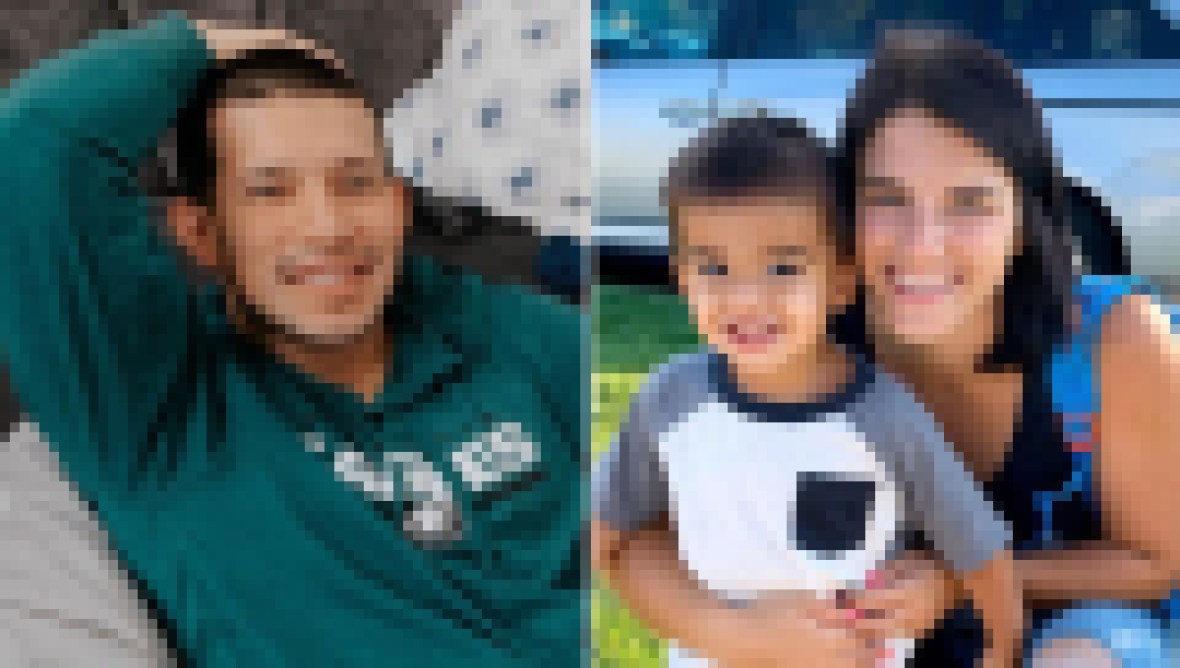 The Maine native revealed she is a “single mom” living in Delaware after Javi’s ex-wife, Kailyn Lowry, accused him of trying to cheat.

“You’re willing to come to Middletown, [Delaware], to f–k me, but you won’t come to Middletown to meet me to get your son,” the “Coffee Convos” podcast host said during the October 13 episode of the MTV show, referring to their son Lincoln. “Or even [drive] halfway to get your son. Only if it benefits you in a sexual way. Now you’re being disrespectful and I’m going to disrespect the f–k out of you.”

Kailyn later publicly and privately apologized to Lauren for dragging her into the mix, but the ordeal appeared to upset the mom so much, she seemingly unfollowed Javi on Instagram. In return, he deleted all traces of her on his own Instagram.

“This week, today, tonight, has been hard,” Lauren shared via her Instagram Story just two days before confirming their split. “I get so many messages daily asking how I remain so positive. The truth is, I don’t. I just don’t enjoy showing this side of the storm because everyone thinks they know the reality, and it’s a lose-lose.” She continued, “Just here to remind you to not compare your life to someone else’s highlight reel. Life sucks some days, isn’t fair most days and the world is selfish. Just take it day by day and be kind to yourself, everyone around you, and just do your damn best.”

During her Live clip, Lauren seemingly accused Javi of cheating with Kail, which he strongly denied. “While I have tried to avoid a he said/she said situation [by] staying quiet, the accusations Lauren made against me this afternoon on Instagram are false,” Javi exclusively told In Touch. “My only focus right now is creating healthy coparenting relationships with both Lauren and Kail for the sake of my boys and bettering myself.”

As for Lauren, it seems like she’s feeling better after venting to her followers. The brunette babe flaunted her enviable abs in a sexy selfie on January 20. “Onwards and upwards.”

Keep scrolling to see Javi and Lauren’s sweetest moments over the years … before calling it quits.

Throwing It All the Way Back.

The lovebirds looked so in love. Just look at her smile!

They Were Always Doing Something Fun.

A couple who adventures together … er, apparently doesn’t stay together.

When They Hung Out With Lincoln, It Melted Our Hearts.

They treated him like the superhero he is, and we love it.

But It Was Nice to See Them Get Couple Time, Too.

Lauren looked so happy in this selfie. *Sigh.*

Their Family Vacations Were Just Too Sweet.

There’s something special about cramming your whole fam into a photo booth.

And They Clearly Had a Great Time at the Beach.

We love how Lauren loved Lincoln like her own.

They Could Clearly Have a Blast Anywhere.

Even in Maine, sitting on a giant shoe, no matter how vaguely WTF it is.

They Bonded Over Fun Things Like Ice Cream, Too.

How cute was this?

And Then There Was the Actual Romance.

This was a seriously sweet kiss pic.

The Way They Captioned Their Photos Was Everything.

“He may have won the game, but I think I’m the real winner here,” Lauren wrote on this pic. That didn’t age well, unfortunately.

The Theme at Their Gender Reveal Was So Fun.

Lincoln loves soccer, and helping him be part of the celebration was our favorite part.

They Just *Looked* So in Love

And so cuddly together, too!

They Supported Each Other’s Dreams.

“So proud of this guy and his whole squad who killed it in Philly this weekend,” Lauren once shared. “It almost made me want to start Crossfit … almost, but not completely.”

Lincoln Got to Go on the Fun Adventures, Too.

Including when they went to Maine to meet Lauren’s family and got to hit up this awesome carnival.

Even About to Pop, Lauren Just Looked So Happy to Be With Her Fam.

And seriously, that baby bump looked fit to burst.

Tyler Baltierra And Daughter Novalee Have Fun With Instagram Filters In Sweet New Video: 'I Love Being Her Father!'