Amicable splits? Not so much! The Teen Mom franchise is responsible for some of the most memorable couples in reality TV history, but not all of them have stayed together over the years. In fact, a lot of the MTV stars have experienced some pretty messy breakups with viewers getting a front-row seat to all the drama.

When fans were introduced to Kailyn Lowry on 16 and Pregnant, she was expecting her first child with longtime love Jo Rivera. Following their public breakup, the Pennsylvania native continued showcasing her relationships (and subsequent breakups) on national TV.

Teen Mom 2 viewers watched Kailyn as she fell in and out of love with ex-husband Javi Marroquin after starting their whirlwind romance in 2011. The former flames — who share one son together — had a pretty nasty split, which included admissions of cheating and failed lie detector tests.

“When we were getting divorced and stuff, I let him tell whatever he felt like he wanted to tell, whatever he wanted to film about, Kailyn said about her and Javi’s breakup during a November 2020 episode of her podcast “Coffee Convos.” Whatever he made up in his own head, I let him talk about it and drag me through the mud and I never defended myself, ever.” 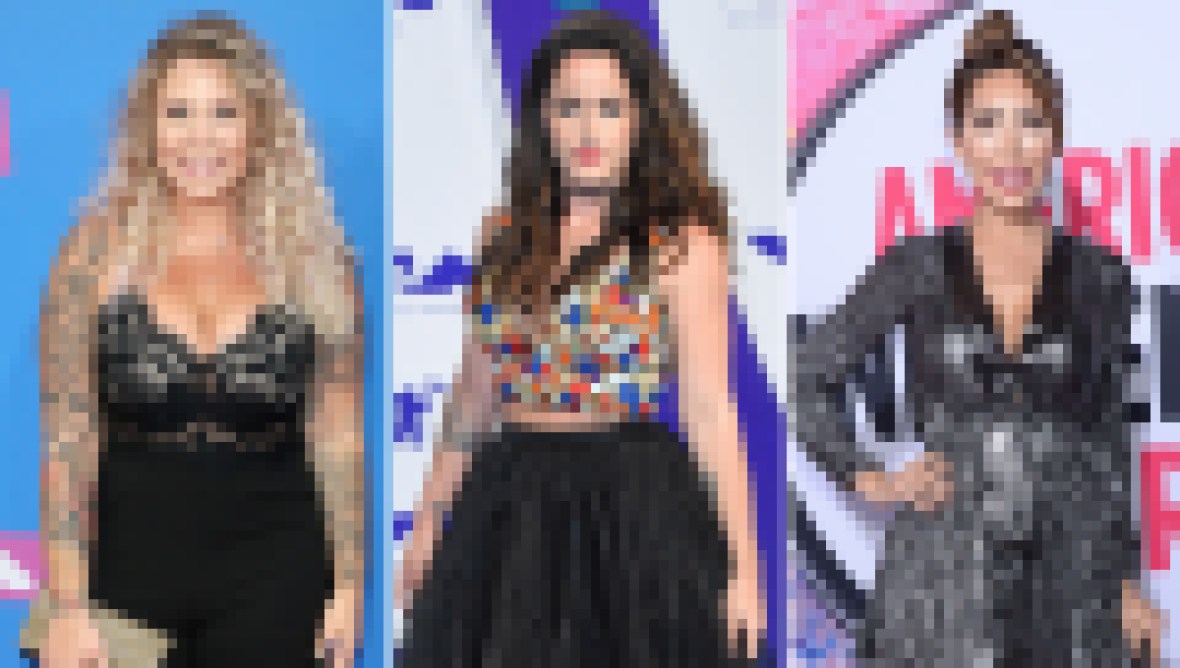 Perhaps the most tumultuous relationship Kailyn had on the show was with Chris Lopez. During an October 2020 episode of Teen Mom 2, the mom of four broke down in tears while revealing that she and Chris called it quits following an on-and-off relationship, which included a few run-ins with the law.

“I don’t feel happy, I don’t feel good, I don’t feel like I’m being a good mom,” Kailyn said at the time. “I think I let certain people into my life knowing that they were toxic, and I ignored a lot of red flags and I think I let them stay too long to the point where I lost myself.”

As it turns out, she’s not the only MTV Teen Mom personality who’s experienced issues with their now-exes. Keep scrolling to see the show’s messiest breakups.

Throughout their time together, Jenelle and Nathan experienced some relationship turmoil. Shortly after they met in 2013, the pair found out they were expecting their first child together — Jenelle’s second — and got engaged in 2015. Due to the constant fighting in their relationship, they split.

Their tumultuous relationship led to multiple domestic violence claims, and a custody battle over their son, Kaiser.

Although there seems to be no bad blood between these exes now, it took a lot of ups and downs to get there.

Fans first met the couple on 16 & Pregnant as they welcomed their son, Isaac, in 2010. Throughout their time on Teen Mom 2, viewers watched as their custody battle and subsequent breakup unfolded on their screens. After years of drama, Kailyn said during a September 2020 episode of the reality show that she and her ex both want to see their son grow up as “a happy, successful, stable adult.”

A whirlwind relationship! Things started out great between Kailyn and Javi — who got married in late 2012 and welcomed son Lincoln in 2013 — but when she suffered a miscarriage in 2015, things started to go downhill. Not only did Javi say he blamed her for the pregnancy loss during a Teen Mom 2 episode, but the U.S. Air Force member was deployed amid their marital issues.

According to Kailyn’s 2017 book Hustle & Heart, their divorce — which was finalized in 2016 — came after multiple cheating allegations and jealousy from Javi.

Fans were given an insight into what Kailyn called her “toxic” relationship with Chris — the father of her sons Romello Creed and Lux — during an October 2020 episode of Teen Mom 2. Amid revealing their split after an on-and-off relationship, the reality star revealed that she was pregnant. She broke down in tears explaining that during their time together she “ignored a lot of red flags.”

Since their breakup, the drama continued between the two with multiple arrests and the author’s January 2021 claim on an episode of her “Coffee Convos” podcast that she doesn’t want to “reconcile with anyone” from her past.

In August 2020, Leah told InTouch exclusively that she was “grateful” for her repaired relationship with ex-husband Corey, but it took a lot of steps to get where they are.

Together, the former flames share twins Ali and Aleeah, who were born in 2009. After the girls’ births, the couple tied the knot in October 2010 and split six months later. After multiple cheating accusations, Leah eventually admitted to hooking up with one of her exes. The pair did not reconcile their relationship.

Since they were introduced on 16 and Pregnant in 2009, fans watched as their relationship unraveled. After their son, Bentley, was born, the engaged Maci and Ryan stayed together. After struggling to stay on the same page, they called it quits in 2010.

Things between them started to get really messy after their breakup as Maci and Ryan fought over child support and coparenting, which have been chronicled on Teen Mom over the years.

A rocky relationship! While they were together, Farrah and Simon had an on-again, off-again relationship before calling it quits for good. They were together for nearly two years before ending their romance in April 2017. Things turned messy following the split when Simon continuously slammed Farrah on social media. She even accused him of “stalking” her.

“If he wanted to be with me, he had the opportunity, but instead he missed his chance,” she told Us Weekly in July 2017. “[He’s been] saying lies about me, my parenting and other slanderous things.”

In 2019, during an episode of MTV’s Ex on the Beach, the pair came face-to-face once again, and things didn’t go well.

Thankfully, these two are on good terms now but it wasn’t always that way. Throughout their long-term relationship, the couple welcomed daughter Leah into the world but also had a lot of ups and downs. They were together from 2008 until 2011 and even had a brief engagement. Their issues were played out on Teen Mom with the pair often erupting into massive brawls, which even got physical. After breaking up and moving on, both Amber and Gary became cordial and have a great coparenting relationship.

Amber and Matt’s relationship started to get rocky in 2016. After abuse accusations and failed a polygraph test, the couple broke things off while filming Marriage Boot Camp in 2017. She confirmed their split via Instagram at the time, noting that “he lied about s–t, so I broke up with him one night.”

These two were together for a few years and welcomed son James in May 2018. Amber and Andrew’s relationship came to an end in July 2019 after she was arrested for domestic battery following an alleged altercation with her ex. She pled guilty to one count of domestic battery and is currently serving her sentence of two-and-a-half years on probation. Things have continued to get messy for the former couple even after they went their separate ways.

Chelsea welcomed her first daughter, Aubree, with Adam in 2008. Their relationship issues were chronicled throughout her time on 16 and Pregnant and Teen Mom 2. After years of being called negative names, constant fights and multiple breakups, they split for good in 2012.