When dedication meets preparation! After going through a tough breakup, 90 Day Fiancé star Molly Hopkins was determined to become the best version of herself. The TLC alum has documented her weight loss journey online and she also shared some diet tips with her followers since beginning her journey in 2017. By sticking to a regimen, Molly managed to drop an impressive 40 pounds post-split and revealed it was due to her diet and exercise changes.

The Georgia native decided to focus on herself after her nasty split from ex-husband, Luis Mendez. The couple were first introduced to fans on season 5 of the hit reality TV series. Their love story began when Molly met Luis while she was vacationing in his native country of the Dominican Republic. Luis was a bartender at the Hard Rock hotel bar, where Molly was staying during her visit, and they quickly fell in love despite their 15-year age gap. 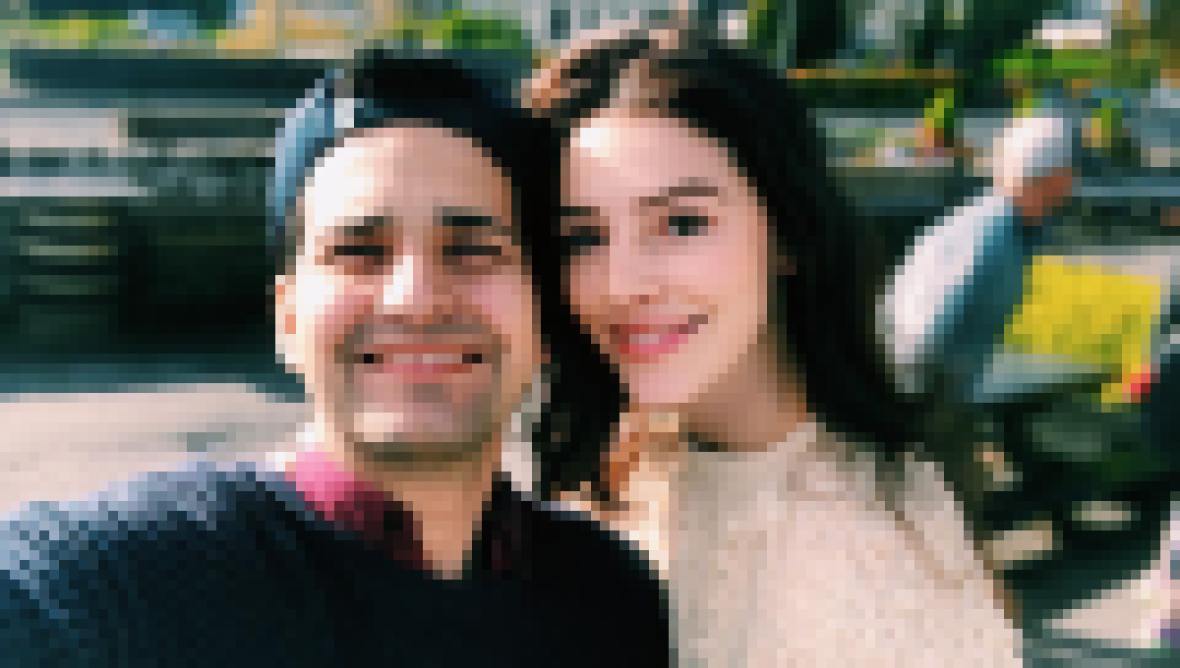 Find Out Which ’90 Day Fiance’ Season 5 Couples Are Still Together, Married or Split!

After months of dating long-distance, Luis popped the question to Molly and they started their K-1 visa journey. The K-1 visa allows the foreign fiancé or fiancée of an American citizen to enter the United States under the condition that the couple gets married within 90 days of the foreigner’s arrival.

But Molly and Luis kept a major secret from her friends, family and even the production crew — they were already married well before the 90 days deadline. They legally wed shortly after Luis arrived in the United States, but they didn’t get to walk down the aisle in a traditional wedding ceremony because they split by the end of their season.

Their first breakup was brief and after Luis spend some time with her brother in New Jersey, he returned to Georgia to work out his marriage with Molly. They attempted to document their reconciliation during season 3 of the spinoff 90 Day Fiancé: Happily Ever After? Instead, they documented their second and final breakup.

In January 2018, Molly filed for divorce from Luis after only six months of marriage and it was finalized that May. Just four months later, Luis remarried and he confirmed his second marriage in an exclusive statement to In Touch at the time. As for Molly, she confirmed she is dating again but has not had a serious relationship since her divorce.

Scroll through the gallery below to see Molly’s revenge body transformation and prepare to be blown away!

It’s been a long road for Molly, 43, but she’s now looking better than ever. Fans were first introduced to the reality star on season 5 of the hit show.

At the time, Molly’s boyfriend, Luis Mendez, moved into her Georgia abode after they sparked a connection while he was working as a bartender in the Dominican Republic.

Luis was 15 years younger than Molly, and her daughter was not exactly a fan of their relationship. The pair continued to document their story on Happily Ever After, before ultimately calling it quits in January 2018.

The exes were married for only six months, and their divorce was finalized in May 2018, marking the end of a tough chapter in their lives.

In October 2018, Luis confirmed to In Touch exclusively that he got remarried to a new woman on September 19. “I love this girl so much. She is so amazing,” he said at the time.

As far as if he still talked to Molly, Luis said he had no contact with her. “I just want to be happy. I don’t want to know nothing about it,” Luis told In Touch. “But if she wants to congratulate me, it’s OK.”

Molly shared her reaction to the news shortly after, revealing that she found out about her former flame’s nuptials because photos surfaced online.

“Oh yeah for all of you who care, or who wanted to talk junk about me. I totally got used but it’s all good. Luis got married to a Dominican lady in Jersey, best I can tell — I saw pictures,” Molly said on Instagram Live.

“Yeah, he’s married to someone else. She looks older than me, [she’] from the Dominican Republic. So all the people who thought I was crazy — his situation was pretty lovely,” the reality star continued.

Meanwhile, the TLC alum focused on staying healthy and overcoming heartbreak. Fans were so impressed when they saw photos of Molly’s figure in October.

Molly was “getting a lot of questions about being a #teamipartner,” so she took to Instagram to share all of the details about her lifestyle changes.

The mother-of-two said that she was using Teami Blends 30 day detox tea for over six months and confirmed that she drank it every day.

“Yes, I’ve lost actual weight with this!” Molly shared. “I’ve lost over 40 pounds … no, it was not in the same month, it’s been over time,” the reality star explained.

The business owner also opened up about her previous weight loss struggles, noting how she finally got results by “being more conscious about” what she was eating and adding Teami into her routine.

And she’s continued to make progress! In March, she Molly showed off her slimmer legs and defined tummy with an impressive snap posted on Instagram.

She also shared a word of encouragement with her fans. “Shout out to all the girls working on loving their bodies because that s–t’s hard and I’m proud of you,” the TLC alum wrote at the time.

“We don’t allow the words fat, old, ugly, or I used to be,” Molly said about the women who come into the LiviRae Lingerie shop. “Put faith in yourself, and God, and step out on that.”

Molly’s trainer also raved about her dedication after the reality star shared how excited she was to make progress with her fitness journey. “I was 203 down to 196 and I just put on a 29 denim short when I was a 34. From a 14 to a 10,” the reality star previously wrote.

“She has only been with me a little over a month! Most of this is her credit for a consistent diet!” the trainer shared in response. “[Molly] tackled the hard part first!”

During her latest What Now?  episode, Molly confessed that she’s never felt more “liberated” after her breakup and fans couldn’t be more thrilled for her!

Molly showed off her figure in a short T-shirt dress in a mirror selfie posted on March 2019.

Molly showed off her flat midsection in this super trendy black and white athleisurewear look in January 2020.