For better or worse? 90 Day Fiancé stars Mike Youngquist and Natalie Mordovtseva were going through a major rough patch when they filmed season 8, and it looked like there was no way that they wouldn’t make it down the aisle. So, do they end up getting married after all? Get an update on Mike and Natalie’s relationship below.

Are Mike and Natalie Married?

Yes, In Touch can confirm the couple tied the knot. According to online records, they got married in Clallam County, Washington on April 15, 2020.

After their nuptials, the newlyweds seemed as in love as ever. In June 2020, Natalie shared a photo of herself cuddling close to Mike while checking out the gorgeous night sky. “This is how we spend our time,” she captioned the PDA snap. Prior to that, she was all smiles as they grabbed a delicious dinner together. The blonde beauty encouraged fans to follow their new shared Instagram page and continue to support their love life on social media. The account has since been either deleted or deactivated.

Mike and Natalie made their debut on 90 Day Fiancé season 7, where they documented Mike’s last trip to Ukraine to visit Natalie in Kyiv as they awaited the K-1 visa process. The couple met when their mutual friends asked them to be godparents to their child, but the cracks in their relationship started to show during their time together.

With marriage in the near future, the couple discussed several important topics like religion, finances and whether or not they want kids — and they quickly learned they have opposing views. The tension led to a blowout fight between the couple the night before Mike was set to return to his hometown in Sequim, Washington and Natalie threw her engagement ring in his suitcase. They were still not on good terms when they appeared on the season 7 tell-all. Natalie accused Mike of cheating with a female friend, which he denied, and she also told him she didn’t believe he was her “soulmate.”

When they returned on the 90 Day Fiancé season 8 premiere, their relationship was still on the rocks. They learned Natalie’s K-1 had finally been approved, and they both agreed she should still travel to the U.S. and begin their 90-day journey with the hopes that they would be able to work through their issues before it was time to tie the knot.

Things took a turn for the worse when Natalie arrived in America. The couple continued to fight over their differing lifestyles and Natalie was upset that Mike refused to set a wedding date or give her back the engagement ring. As a last-ditch effort to save their relationship, Natalie convinced Mike to go to couples’ therapy with her and that’s when he told his fiancée that he was no longer in love with her. 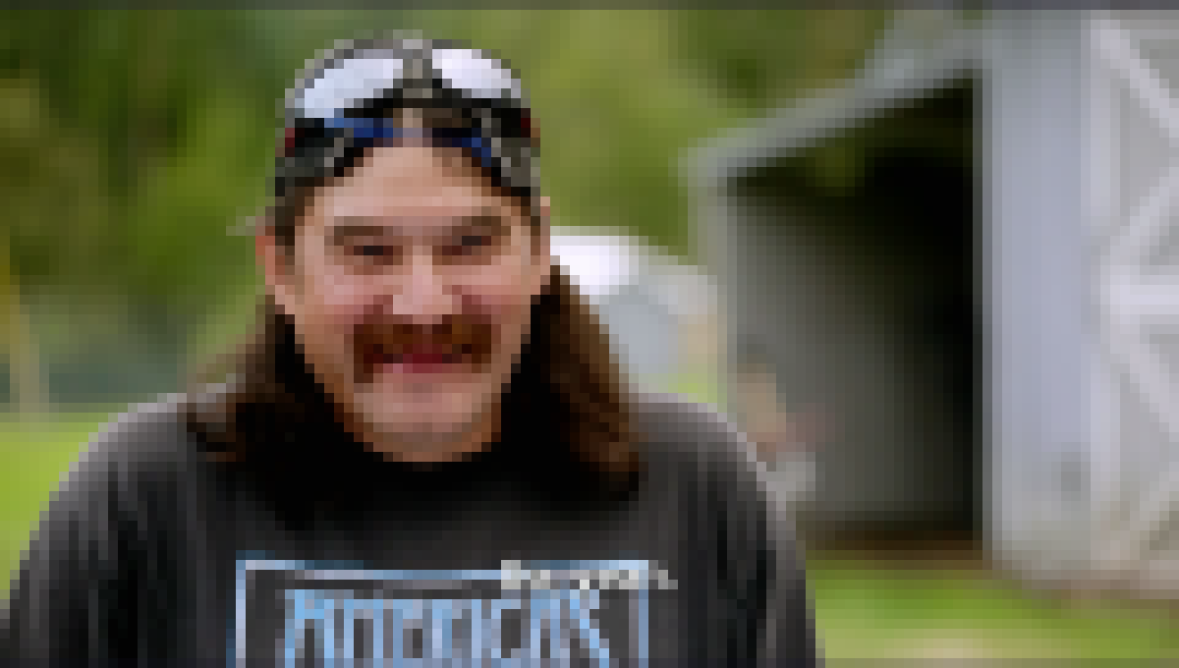 All of their drama seems to culminate in a dramatic moment that was teased in the season 8 trailer, where Natalie is sobbing while packing her things and prepares to return home to Ukraine at the height of the coronavirus pandemic in March 2020.

It seems unimaginable that Mike and Natalie would be able to come back from that, but fans will have to keep tuning in to see how they were able to make their relationship work.

Are Mike and Natalie Still Together Now?

In August 2020, Natalie wiped her Instagram clean. Around the same time, Mike deleted his old account before making a new one. Neither of them shared photos of each other on the social media platform, which usually does not bode well and would hint that they might not be together.

They both shared clues in February 2021 that seemed to hint they are still a couple. On February 8, Natalie shared a selfie video with a beautiful backdrop of a nighttime view of what appeared to be Los Angeles from the top of the Griffith Observatory. On February 22, Mike snapped a selfie in L.A. with the iconic Hollywood sign in the background. Even though they didn’t appear in each other’s posts, it seems they were enjoying a vacation together in the City of Angels at the time.