Her “miracle!” Sister Wives star Meri Brown poured out her heart in a sentimental tribute celebrating her daughter Mariah Brown’s 25th birthday on Wednesday, July 29, and noticeably left out any mention of Kody Brown.

“A quarter of a century today,” Meri continued. “25 years of my sweet kid gracing us with her presence. 25 years of happiness and love. 25 years getting to be her mom. I consider myself blessed and lucky and fortunate to have her.”

July 29, 1995 10:02 AM 7 lb 12 oz 21 inches Just numbers to some, but to me, the world’s best numbers, for those numbers were the ushering in to this world, my miracle. A quarter of a century today. 25 years of my sweet kid gracing us with her presence. 25 years of happiness and love. 25 years getting to be her mom. I consider myself blessed and lucky and fortunate to have her. She has brought me so much joy!! She feels deep and loves hard. She cares passionately. She fights for her beliefs and her rights. She stands up for the underdog. She always has. She always will. Just a few memories in these photos, but a lifetime of them in my heart. I am grateful, honored, and proud to be Mom to this amazing human. Happiest of Birthdays to my Sunshine, my Punky Poo girl, my Mariah!! @MariahBrwn 💙💙💙 #HappyBirthday #BestKidEver #MyDaughter #Memories #25Years

The Lizzie’s Heritage Inn owner said her daughter always puts a smile on her face and it’s no surprise because she “loves hard” and “cares passionately.” Meri added Mariah consistently “fights for her beliefs and rights” and “stands up for the underdog,” so she couldn’t be more “grateful” and “honored” to raise such a strong woman.

Mariah is Meri and Kody’s only daughter. The TLC couple welcomed her in 1995, five years after they got married on April 21, 1990. Meri later agreed to legally divorce Kody so he could marry Robyn Brown, and adopt her three kids. Although he and Meri are still spiritually married, they are not without hardships.

Following her catfish scandal which aired on the show, Kody said they were struggling as a couple, but confirmed their “problems” ran much deeper.

“I didn’t know who I was marrying,” he said in an April episode during season 14. “I got to a point where I was ready to wash my hands [of the relationship].” 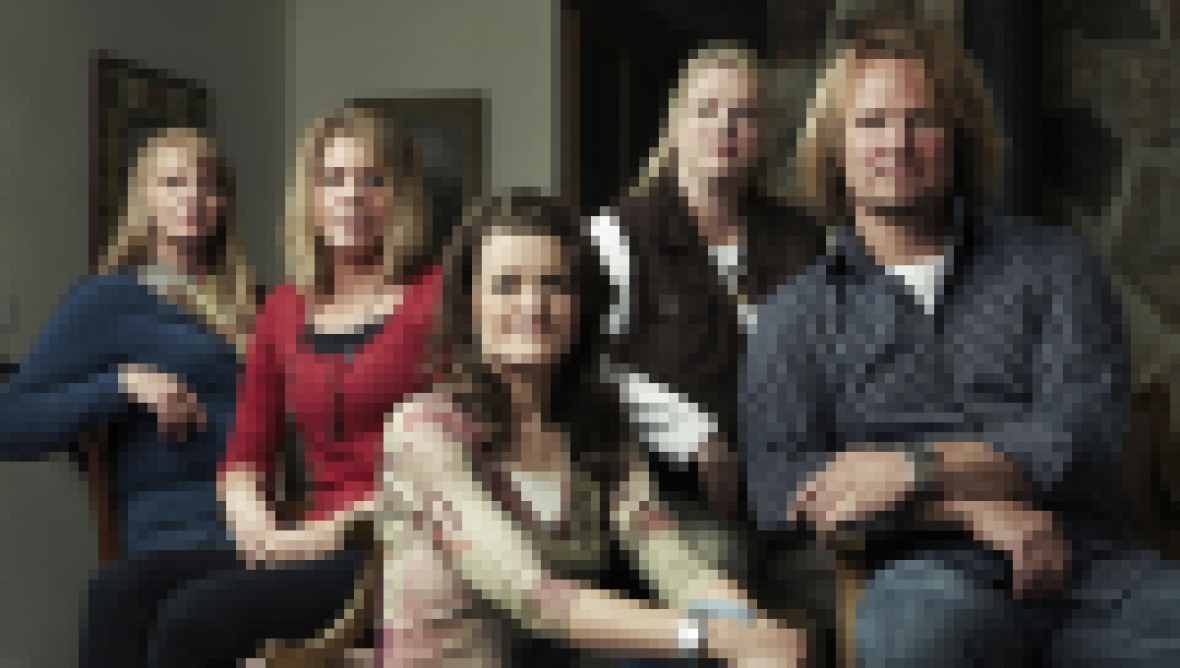 See How the 'Sister Wives' Stars Are Spending the Coronavirus Quarantine

While some fans have pushed Meri to walk away, she explained her reason for sticking around on the show.

The reality star revealed if she left the marriage, that would strain “relationships with the kids and the good relationships [she does] have in the family.” Plus, Kody said they are not “interested in a breakup” and hinted their issues are “fixable.”

Even though it may take some more time to work things out, it looks like Meri is focused on enjoying this very special day with her daughter!