Is it hot in here … or is it just Brad Pitt and Jennifer Aniston? Matthew McConaughey opened up about the chemistry between the former couple during the Fast Times At Ridgemont High table read.

“Could you feel the sexual tension between Jennifer Aniston and Brad Pitt,” a viewer asked the A-lister on Watch What Happens Live With Andy Cohen on Thursday, October 29. In response, Matthew laughed, “Could I feel the heat through the screen? It was so palpable, so palpable,” the father of three joked about the sultry scene between the former couple. “No, I actually didn’t notice anything through the screen, but that made for a good topic the next day.” 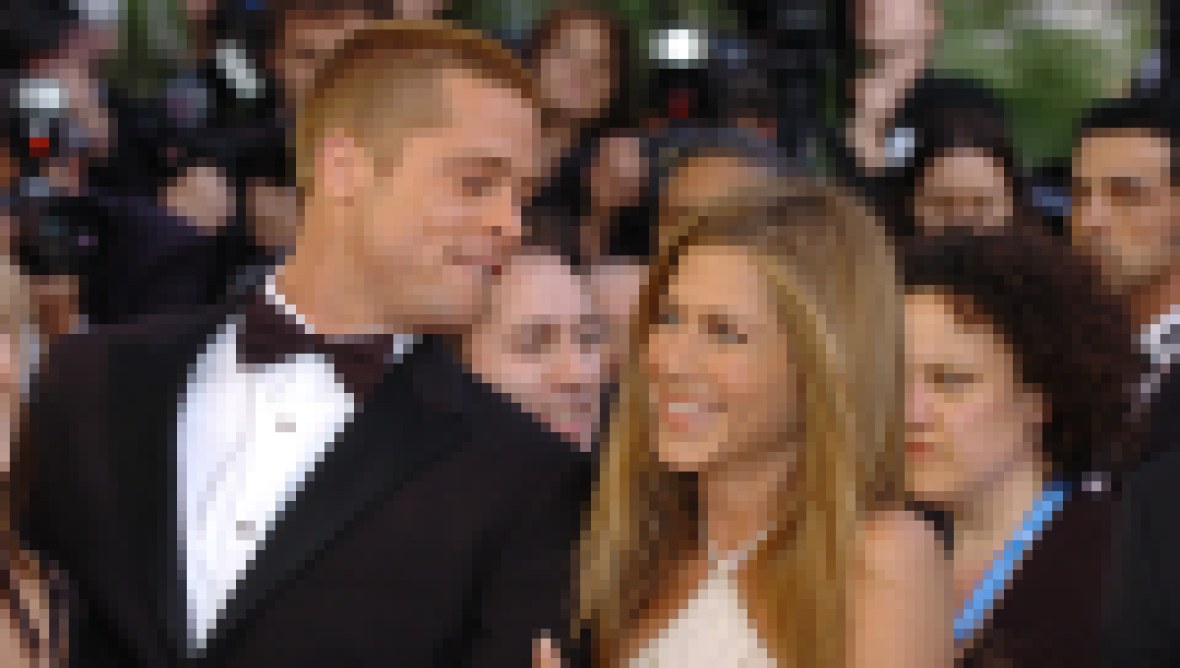 “[Linda’s] breasts seem even bigger than usual. Her nipples are hard,” Morgan read in his dramatic tone, which caused the rest of the cast — including Julia Roberts, Jimmy Kimmel and Sean Penn —to crack a smile.

“Hi, Brad. You know how cute I always thought you were,” Jen read. “I think you’re so sexy. Will you come to me?” Brad blushed as they both smiled. *Swoon.*

The former spouses met in 1994 thanks to their managers. They wed in 2000 and split five years later. Following his breakup with Angelina Jolie in 2016, fans have been hoping for a reconciliation.

In January, Brad and Jen shared a “sweet little moment” at the 2020 SAG Awards, an eyewitness told In Touch exclusively at the time. After they each won their category, they ran into each other backstage and briefly held hands while passing by.

“It all happened so fast, but at the same time, it felt like it was in slow motion,” the onlooker divulged. “Brad and Jen happened to pass each other in the hall, right here in front of me. Everyone was a flutter, giddy with excitement.”

Despite fans’ hopes, Brad was recently linked to model Nicole Poturalski but they called it quits not long after getting together. “Nicole was the one who cooled things. She let Brad down easy, explaining that his life was way too complicated right now,” a source exclusively told In Touch about their uncoupling after two months of dating. “Brad was really into her and can’t catch a break it seems.”

Perhaps now’s his chance with Jen!