Is she showing off? 90 Day Fiancé alum Anfisa Nava regularly flaunts her fit figure on Instagram, but she seems to have ramped things up ever since her estranged husband, Jorge Nava, went public with his new relationship. In the days since her ex debuted his romance with the “love of his life,” the bodybuilder has shared more than a couple videos of her hitting the gym.

On June 8, one day after Jorge, 31, revealed he’s seeing someone new, Anfisa, 24, posted three clips of her exercise routine as she donned a sports bra and leggings. On June 9, she shared another post as she trained in a tank top and bike shorts. “Yaaas! Beastin’!!! Girl, you’re on [fire],” one fan wrote. “You have the perfect body,” gushed another. 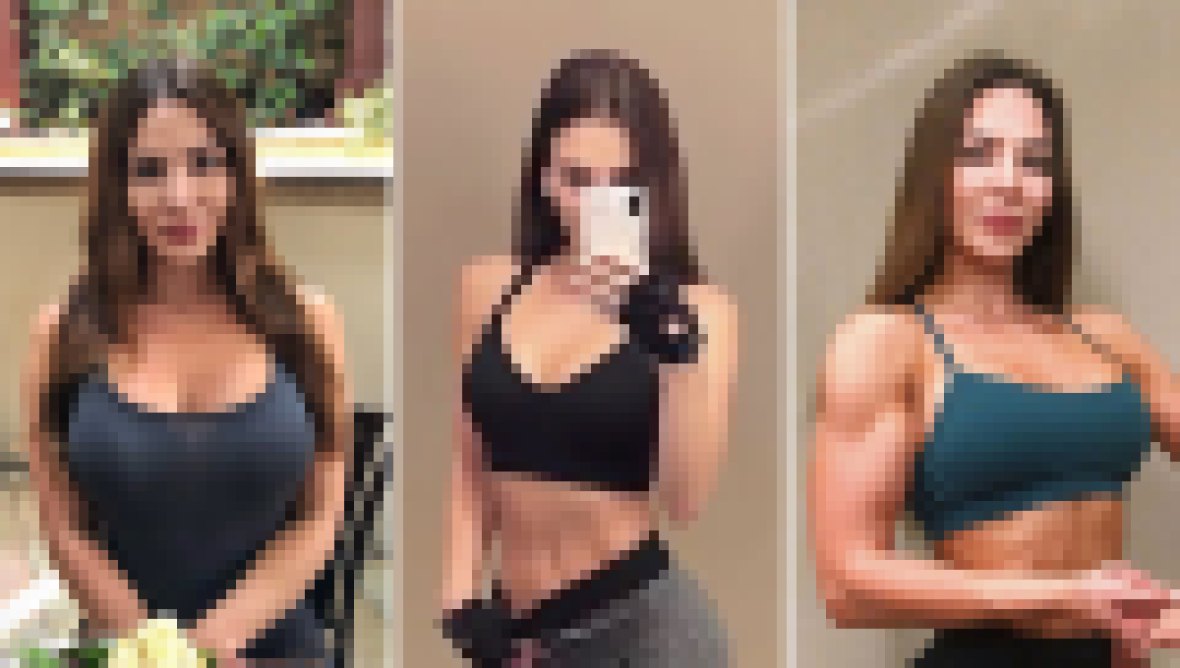 It’s hard to say just how much Anfisa is sweating her ex, however — especially since she’s the one who dumped him. After he went through his own fitness transformation, he claims the Russian beauty left him in the dust. “At that very moment in time, that’s when she blocked my phone calls and I kind of was starting to lose contact with her,” he told In Touch in April. “She did tell me like right off the bat, like the day after, that she didn’t want anything to do with me and that it was over.”

She also went public with a new boo of her own even before they confirmed the split. “Quarantine and chill,” she captioned a photo of herself and boyfriend Leo Assaf in March. Though the two kept their relationship private in the following months, they were clearly just as hot and heavy as ever as the end of May rolled around.

When she posted a photo in a snakeskin bikini on May 24, he couldn’t help but shower the picture with praise. “It’s so unfair to cover that beautiful face with that phone,” he teased — and she was joking right back with him. “Then you [are] gonna like my last picture,” she sassed with a winking face sticking its tongue out.

Jorge is also moving on. Though he promised fans he’ll reveal his girlfriend’s identity once he hits a million followers, he hasn’t shared too many details about their romance yet. One thing he did say? He loves her “more than infinity.” It looks like both Jorge and Anfisa are ready to put their marriage behind them.