The feud is back on! Teen Mom 2 stars Kailyn Lowry and Briana DeJesus are once again facing off after Kail wished Briana’s ex Devoin Austin a happy Father’s Day. The drama started after the Teen Mom Shade Room account shared a photo of one of Bri’s friends wishing her and all single mothers a happy Father’s Day. Apparently feeling like some actual fathers were being overlooked, the Pennsylvania native decided to stir up a little trouble in the comments of the post.

“Happy Father’s Day, @devoinaustin,” Kail, 28, wrote. When fans called her out for being petty — and asked if she wished her own ex Chris Lopez a happy Father’s Day — she doubled down. “Sure did!” she clapped back. A second fan claimed Kail’s comment was fair game considering Briana, 26, “refuses to grow up and move on.” The Delaware native agreed.

“Futhermore, if this is attacking, then??? LMAO, but nobody cares when she was sliding in Chris’ mentions and DMs. I’m literally wishing Devoin a happy Father’s Day,” Kail continued. When a fan reminded her about Bri and Javi Marroquin’s relationship, it only made her point even stronger. “Oh, s–t,” she joked. “I even forgot about that one.” 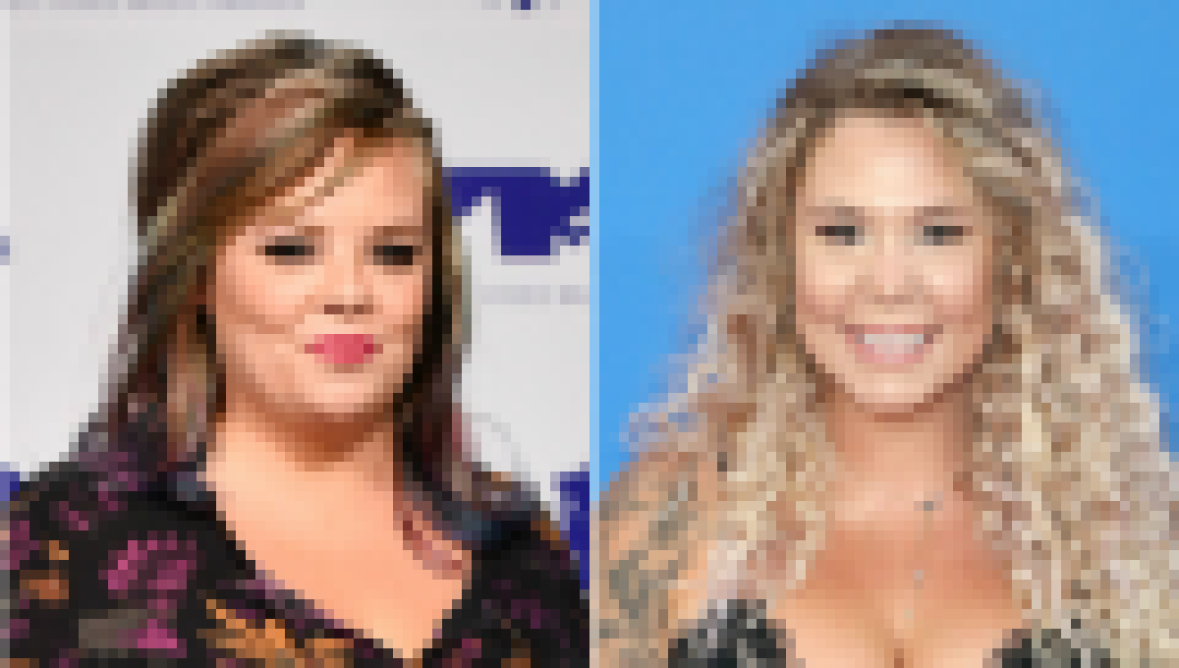 Back Off, Mom-Shamers! 'Teen Mom' Stars Clap Back at Parenting Police

Briana spoke out about the incident with ChampionDaily, calling out Kail for “inserting herself” into “a part of [her] life she has no part of.” She explained the original photo she reposted had “nothing whatsoever to do with Kail,” calling her decision to get involved “messy.” She also defended her choice to share the image despite the fact that Devoin is involved in daughter Nova’s life.

“The fact of the matter is Devoin has never been a ‘full-time dad’ to Nova regardless of when he tries to step up. Luis [Hernandez] has and continues to be absent in Stella’s life. So, yes, I am doing the job of two. Thank God I have my mom and my sister to help me out,” she explained. “Being a parent is a challenging job and I have said countless times before that I would have wanted nothing more than for my daughters to be raised with their fathers in their lives. … Unfortunately, that is not the case.”

Gotta thank god one time for this amazing mom + grandma right here! I love you momma 💕 happy Mother’s Day to the queen of all queens!!!!!!!

But she didn’t want to just break down the drama with Devoin. She also got to the root of the issue with Kail. “Girl, for someone that says you don’t want anything to do with me, you certainly seem to want to play the game. So you wanna play? Let’s play,” she said. “You have THREE baby daddies … one of whom took an INTEREST IN ME while he was still DOING YOU and his current baby Mama. WE BOTH GOT PLAYED. Stop acting like the victim at this point and give it a rest.”

She called out Kail for still being “hung up” over “some old Javi drama” that is from years ago. “I DO NOT WANT JAVI BACK. He’s all yours! Have him! Enjoy him! But stop trying to fight with me simply for the fact that you’re still bitter,” she continued. “I’ve said countless times I would be willing to talk it out with you and move on but you’re not about that life. … Don’t you have better things to worry about then inserting yourself into drama with one of my children’s fathers? Aren’t you knocked up again from the man you said beat you in leaked DMs?”

Speaking of DMs, Bri also refuted the claims that she ever hit up Chris. Though she joked about it on social media in March after a fan encouraged her to go after Lux’s dad for the “ratings” on MTV, she denied ever actually contacting him. “I have not EVER ‘slid into his DMs,’” she insisted. “I DO NOT WANT YOUR MEN. Javi was a mistake, but it’s in the past. I’m not stalking your life, I want no part of the men in your life and I don’t want or seek out drama with you. There’s REAL LIFE problems going on in the world like a pandemic and Black Lives Matter … but it seems you want to continue to throw shade and daggers and start drama.”

The Teen Mom 3 alum told Kail to either “stop talking” about her or agree to “sit down and have a conversation” about their drama, encouraging the soon-to-be mother of four to be a “role model” for her children and her fans. Ultimately, Bri proved she’s ready to put the beef behind them — and she even wished her costar “good luck” giving birth to baby No. 4. “Take care, now, Kail … until the next dramatic thing I’m sure I’ll have to address soon,” she finished.