Oh, how times have changed! Michelle Duggar‘s style has transformed quite a bit over the years. From ’80s hair to (gasp) pants, the Counting On star has slowly but surely become more modern.

Back in 2013, the Duggar family matriarch — who shares 19 kids with husband Jim Bob Duggar — explained the reasoning behind her modest dress code.

“After I was born again and became a Christian, I really began to cover up,” she said during a TLC Q&A. “I felt like the Lord was saying to me, ‘You know what, you probably shouldn’t be wearing that. It’s a little bit low cut, or a little bit too high, you know?’ I just really felt like I needed to obey what God was saying to me first and understand later. And then I saw in the scriptures a lot of things that helped me understand why I was feeling uncomfortable with my previous clothing choices.”

After this revelation, this reality TV mama said she cleaned out her closet and started fresh, picking up skirts and dresses from local thrift shops. And her children followed her lead. 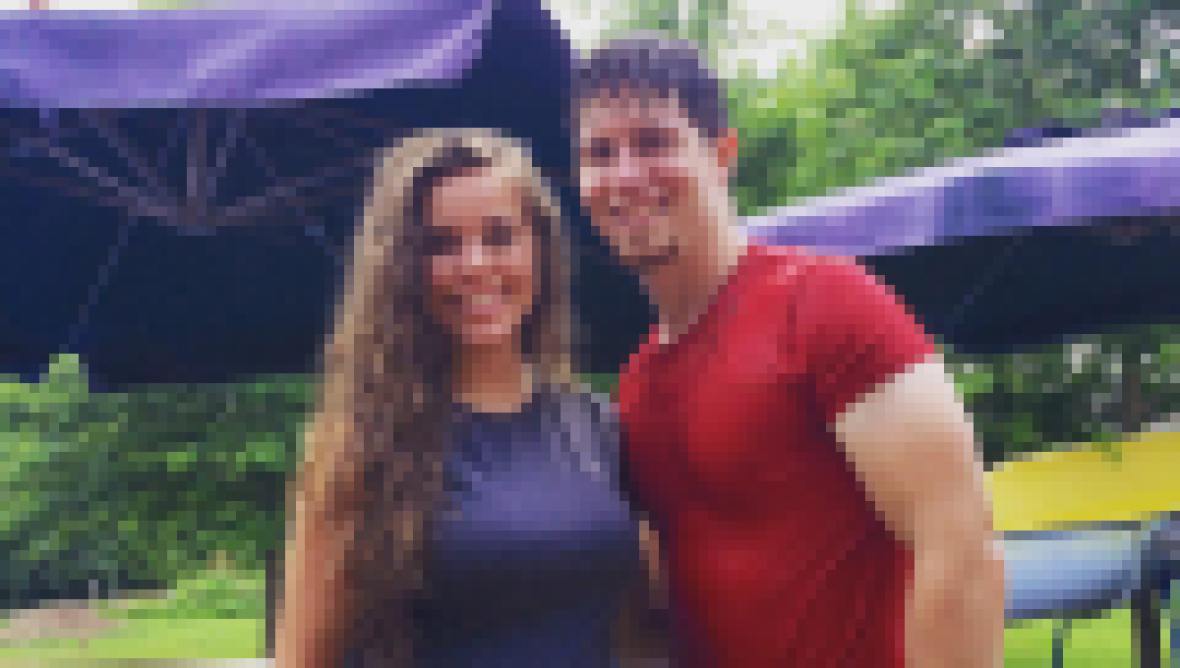 From Bathing Suits to Skirts, the Duggars Rock Some Strange Swimwear

“As we studied as a family, we found we could come up with our idea of what we thought modesty was, but we really wanted to see what the scriptures said about it,” she told fans. “Our interpretation was that from the neck down to the knee should be covered. By keeping those private areas covered, there’s not any ‘defrauding’ going on.”

If you’re wondering what “defrauding” means, she elaborated further. “My kids are taught the definition of defrauding as stirring up desires that cannot be righteously fulfilled. We don’t believe in defrauding others by the way we dress.”

We barely recognize her! Prior to marrying Jim Bob, her name was Michelle Annette Ruark.

At the time, Michelle was a cheerleader.

Just look at those smiles!

In this 19 Kids and Counting confessional from 2013, Michelle showed off her bangs and tight curls as well as a full face of makeup.

Voila! Michelle received a surprise makeover in the same clip but seemed unsure about her new look. “It’s definitely different,” she said at the time. “I’ll learn to love it.” Spoiler alert, this hairstyle didn’t last long.

In the Duggar girls’ book, Growing Up Duggar, Jessa, Jill, Jinger and Jana described their style.

“We do not dress modestly because we are ashamed of the body God has given us; quite the contrary,” the girls said. “We realize that our body is a special gift from God and that He intends for it to be shared only with our future husband … We avoid low-cut, cleavage-showing, gaping or bare-shouldered tops; and when needed, we wear an undershirt. We try to make it a habit to always cover the top of our shirt with our hands when we bend over. We don’t want to play the peekaboo game with our neckline.”

It looks like Michelle kinda-sorta attempted her salon-style locks in this selfie with her kiddos.

@michelleduggar what skin products do you use??

Michelle posed next to a then-pregnant daughter Jill in 2017.

Smile, Israel! Michelle kept the bangs but opted for a smoother look.

One thing Michelle may never give up? Her beloved denim skirt.

While posting with Jinger and Josie, Michelle put her hair in a braid.

She did the same at James’ birthday.

There’s that skirt (and shirt!) again. No matter what the reality babe is wearing, though, she’s always rockin’ her same signature smile.