Doing OK? Matthew Perry stepped out in Los Angeles, California, for the first time in six months on April 24, just days before In Touch exclusively revealed the actor and his girlfriend Molly Hurwitz split after two years of dating. The Friends alum looked more than a little disheveled in the rare new photos as he was seen heading out for a stroll amid social distancing.

His unkempt appearance is nothing new. In November 2019, photos of Matthew, 50, out sparked concern. An eyewitness exclusively told In Touch the sitcom star “seemed really out of it” and was “laughing, swerving and swaying.” From what they could tell, the woman he was with was “comforting him” rather than joining him for a romantic night on the town. “He was very messy and sloppy,” the insider added.

A few days later, the actor reunited with his onscreen wife Courteney Cox for a bite to eat. The two snapped a smiling selfie as if to show that all was well, but Matthew’s pale appearance only worried fans even more. “Chandler looks like Monica’s grandfather,” one wrote, referring to their characters on Friends. “Honestly, Chandler looks like a wax figure,” a second agreed.

Though Courteney, 55, added a cheery caption to the post, an insider close to the actress exclusively told In Touch she was troubled by her former costar — and the rest of their castmates shared her unease. “[They are] worried sick about [his] health,” the source said in November. “Court, in particular, is extremely concerned.” 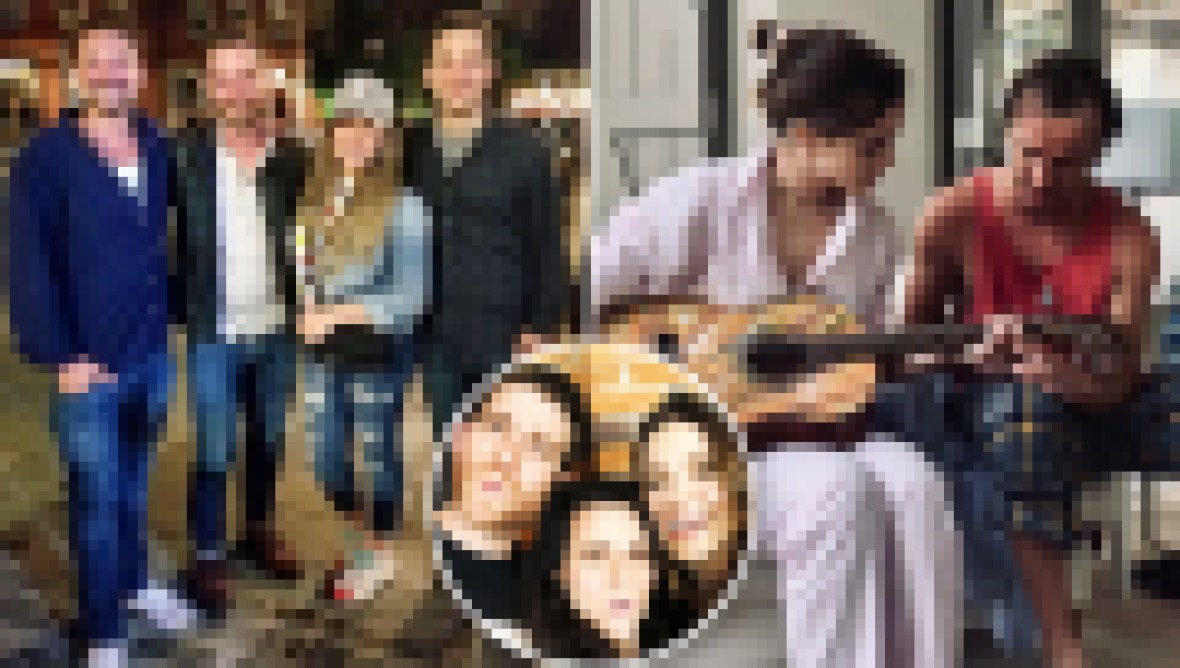 Despite that, the whole Friends crew has been nothing but supportive of their pal on social media. In November, In Touch learned both Courteney and Jennifer Aniston were “trying to persuade Matt to join Instagram in a bid to boost his confidence.” A second source revealed, “They’re rallying around Matt to make him feel loved, especially Courteney.”

When he finally gave in and joined the photo-sharing site in February 2020, they were some of the first to welcome him to the platform. “I’m shocked Matty is the last to join Instagram, considering he was a, uh … umm … oh crap. Oh! A computer processing TRANSPONSTER,” Jennifer, 51, joked as she shared a throwback photo of them. “Finally!!! Yay!!” added Lisa Kudrow. “Can’t believe my eyes. MY EYES!”

Though he’s taken to sharing regular updates, memes and throwback photos of his own, it’s still rare to see the star out and about. Check out the new photos of him below.

Though Matthew donned some comfy clothes, putting on pants at all is more than he’s done lately. On April 20, he told fans on Instagram he’s been eschewing clothes entirely while in quarantine.

However, he’s still having a rough time. “Why is today especially hard?” he asked his followers on April 19.

The actor seemed deep in thought as he walked with his hands in his pockets.

His gray hair stuck up at all angles in the photos.

We hope Matthew is doing OK.