In 2015, Sister Wives star Meri Brown was caught in a catfish scandal. While the drama played out in several seasons of the hit TLC reality show, many fans are still confused about what happened between Meri and a man named “Sam Cooper.”

Meri’s relationship with “Sam” — whom she met on Twitter — kicked off in March 2015, not long after the Flagstaff, Arizona resident divorced her husband, Kody Brown, so that he could legally marry his fourth wife, Robyn Brown. Well, after six months of online communication, Meri’s romance with “Sam” came to a sudden halt after she discovered that her Internet lover was actually a woman named Jackie Overton. 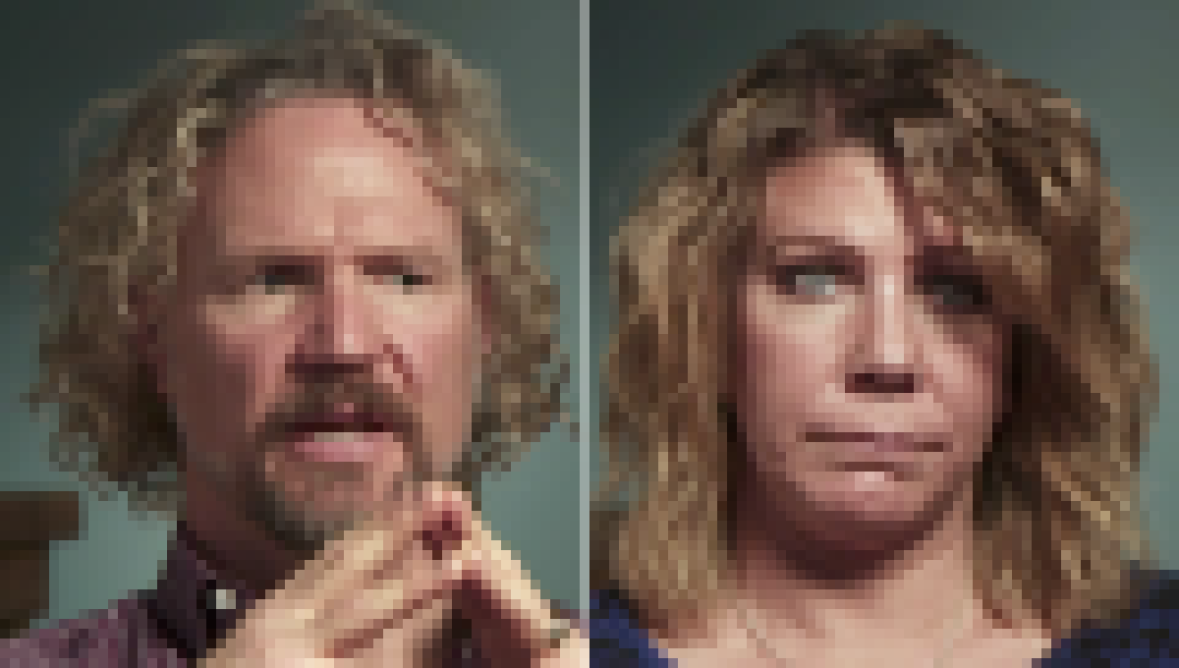 Jackie — an infamous online scammer — tricked Meri into falling in love with her by pretending to be “Sam,” a business tycoon in his early 40s. After flirting publicly via Twitter, Meri and “Sam” (a.k.a. Jackie) started to chat privately on the phone. Meri even sent “Sam” naughty text messages, which Jackie later leaked, that included images of the TLC personality posing seductively with a banana.

Once Meri discovered that “Sam” was Jackie in August 2015, she was understandably devastated. In retaliation to Meri ending their relationship, “Sam” — who insisted their romance was the real deal — exposed the reality star’s sexts and private voicemails via “his” blog. “Sam” went so far as to write a book titled Almost Meri’ed, which was later made available on Amazon.

As seen on 2016’s season 7 of Sister Wives, Meri — who shares daughter Mariah with Kody — revealed how being catfished affected her family life. “This catfish was just planting things in my head an telling me how horrible my family was and specifically how horrible Kody was,” Meri said on the show. “That was one of the reasons why I didn’t want him around. I was just angry. I’m just angry at him. I just pushed Kody away. I did. He’s not the one I should’ve pushed away.”

Even though the catfishing scandal happened in the past, it still comes up in discussion during Meri and Kody’s marriage counseling sessions as they try to repair the damage in their relationship.

Plot Twist: Chris Lopez May Try for Custody of Baby Lo and It's Stressing Kailyn Lowry TF Out (REPORT)

Fans Slam Zach and Tori Roloff for Taking Baby J to Disneyland: "He's Not Going to Even Remember"