If you’re not into football, then the Super Bowl can be kind of a snoozefest. But that doesn’t mean you have to be bored throughout the whole game. Of course, there are always the commercials, good, bad and ugly. The halftime shows (and their insane controversies) can also be entertaining. Oh, and the fact that everyone stocks up on chicken wings and booze makes it pretty worthwhile, too. But we gotta say, out of all of the best parts of Super Bowl Sunday, our favorite thing has to be all the crazy, hilarious memes it inspires. 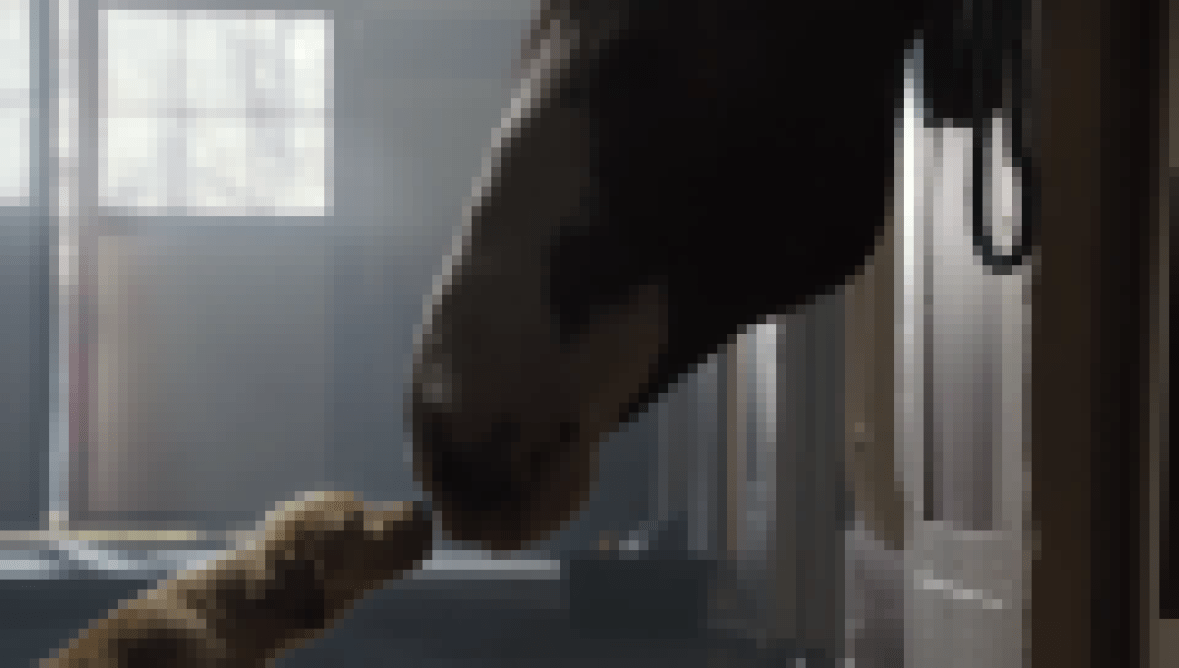 Over the past few years, the Super Bowl memes have poked fun Maroon 5 frontman Adam Levine‘s bare chest, Justin Timberlake‘s sense of style, Pink‘s chewing gum habits and Lady Gaga‘s theatrics. Football players like Tom Brady have also found themselves in the line of fire as plenty of people root for (and, more frequently, against) the New England Patriots. This year, as Tom’s new team the Tampa Bay Buccaneers face off against last year’s champs, the Kansas City Chiefs, a whole new gaggle of celebrities and athletes will likely find themselves at the mercy of the internet.

When 2020’s halftime rolled around, singers Jennifer Lopez and Shakira took the stage. Though the performance included a “heartfelt” tribute to Kobe Bryant, who passed away in a helicopter crash just one week earlier, they still had to face the meme treatment. In fact, they got their first taste way before the game even started. When the two stars stepped out at the Pepsi Super Bowl LIV Halftime Show Press Conference, J. Lo looked impeccable in a crisp, white two-piece set. Though Shakira looked equally gorgeous in her ripped jeans and tee, fans joked about their mismatched outfits. “J. Lo = my friends ready to go out. Shakira = me ready to go out,” one Twitter user teased. 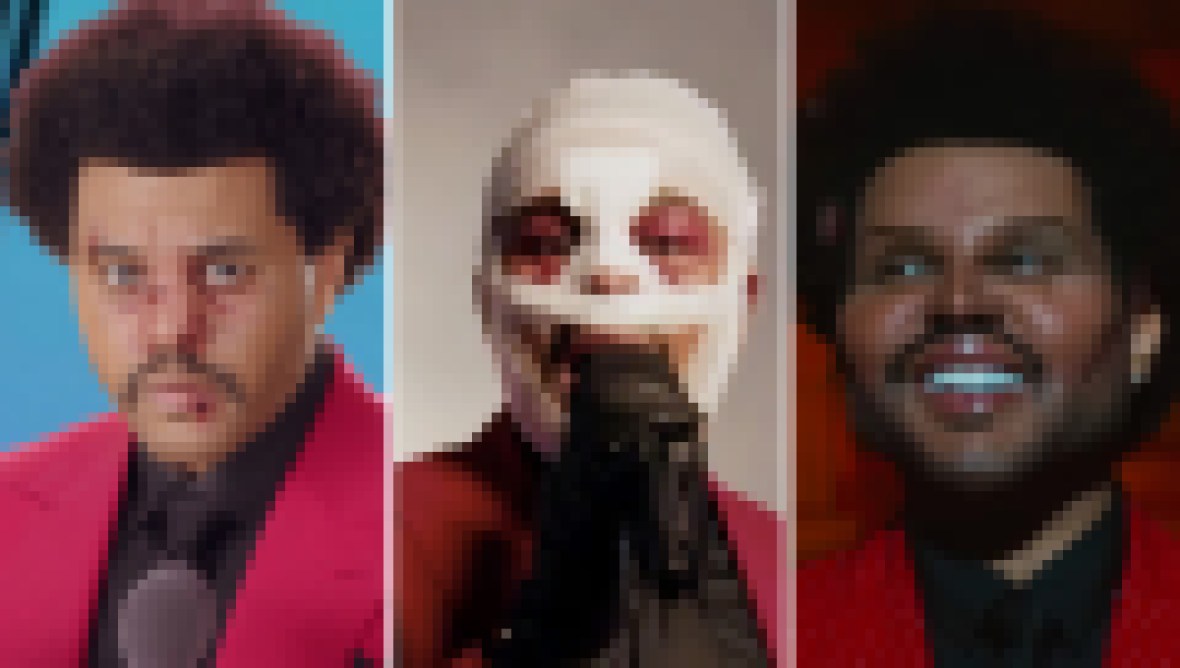 This year’s halftime show will feature The Weeknd and though he has yet to announce his guest-performers, fans have already poked a bit of fun on social media. “If The Weeknd is playing this weekend at the Super Bowl, is he really just playing himself?” said one fan. “Bold of The Weeknd to assume he can beat JLo and Shakira’s Super Bowl halftime show performance,” said another. We can’t wait to see what he does (and what becomes meme-worthy) at the performance!

Check out the gallery below for all of our favorite memes from Super Bowls past.

Shakira showing up on all the instruments during the #SuperBowl halftime show pic.twitter.com/Q1hZiwVuuS

Shakira was the real winner at the 2020 Super Bowl.

The songstress seemed to be everywhere during the halftime show.

What my microwave sees while I’m waiting for my food:
#SuperBowl2020 #Shakira pic.twitter.com/Da0JaF0fOZ

Her zaghrouta had tongues wagging.

While some Twitter users explained that this moment was a zaghrouta, a traditional Arabic celebration chant, most just enjoyed the moment.

I'm telling my kids this was Shakira #SuperBowl #Shakira pic.twitter.com/2iih0RWj35

It got majorly memed.

shakira showin up to the halftime show in her gazelle outfit from zootopia pic.twitter.com/NvuqhJF3ta

Something about her set looked familiar.

I’m going to tell my kids this was JLo and Shakira pic.twitter.com/6gvRdWxqn0

Fans thought J. Lo and Shakira were the perfect pair, and they couldn’t help comparing them to another couple of singers we know all too well.

**ARod in the crowd rn being the best Instagram husband** pic.twitter.com/qv6WeN4koT

Alex Rodriguez has no one but himself to blame for these memes after he shared a video of himself in the crowd during the show.

He’s got his boo’s back.

We doubt he minds the jokes, though.

His super villain-inspired style was everything.

Pitbull watching Jlo and Shakira leave him out of the #SuperBowlLIV halftime show pic.twitter.com/TuJWvllWlU

Someone was missing, though.

Shakira and J. Lo brought out both Bad Bunny and J. Balvin, but fans were hoping Mr. Worldwide would also grace the stage.

Some got pretty upset.

And we can’t say we blame them — though Pitbull did take the stage as one of the pregame performers.

why is this google commercial so sad i’ve never met loretta why am i crying #superbowl pic.twitter.com/o7sChvWpbY

That wasn’t the only heartbreaking moment, though.

Some of this year’s commercials brought fans at home to tears.

Me thinking about how tulips were Loretta’s favorite flowers #SuperBowl pic.twitter.com/1VcdB8JZeU

They were seriously touching.

Pour one out for Loretta, you guys.

And, OK, the game actually got some attention, too.

The arguments over this touchdown are probably still ongoing.

The game started off rough, and everybody knew it.

But it wasn’t all bad.

After he turned the game around, fans were lauding the Patriots’ quarterback — though, OK, a Thanos comparison isn’t exactly a compliment.

#PepsiHalftime When the NFL hyped you up for sweet victory, but instead you get a 7 second intro of sponge bob: pic.twitter.com/ezSaKIJypr

Tom’s wasn’t the only “Sweet Victory” of the night.

After Spongebob Squarepants creator Stephen Hillenburg passed away in November 2018, fans were excited to see a tribute to the Bubble Bowl episode of the show and its “Sweet Victory” performance. What we got, however, wasn’t exactly what people expected.

Pretty sure Adam Levine’s shirt was cut from my curtains.. pic.twitter.com/er9pD6SKPI

Adam’s shirt was ripped to shreds.

Viewers at home couldn’t stop finding items in their own home that matched the Maroon 5 singer’s top.

The comparisons are actually pretty uncanny.

Just in case you were wondering where Adam Levine got his shirt #SuperBowlLIII pic.twitter.com/6JZZVfWPVt

And it just kept going.

Maybe this all means that he actually was on trend?

Adam Levine made super bowl history by being the first person to perform a half time show wearing one of those fake tattoo shirts pic.twitter.com/PWZoGV6mFx

But things got worse when he took his shirt off.

It turns out the singer’s bare chest may have actually been more ripe for comedy than his ’70s style top.

This one is actually so accurate it hurts.

Why is @adamlevine wearing my curtains? pic.twitter.com/j1rVzUPtS1

The internet’s creativity knows no bounds.

Forget his half-time performance — it was his “Man of the Woods” shirt people couldn’t stop talking about.

brady looks like the overconfident european assassin who dies in the last twenty minutes of an action movie pic.twitter.com/dXvX47xtxS

Everyone always loves to hate the Pats’ quarterback.

When the athlete rolled up to the game in a coat, sunglasses and a turtleneck, he practically played himself.

Selfie Kid is the one who really stole the show.

Everyone loved his selfie moment, but even more than that, they were obsessed with this shot of him checking his phone.

See what we mean about roasting Justin Timberlake?

When the Prince hologram appears on stage

“Maybe you should go back to the woods, Justin.” pic.twitter.com/WIAflbYrMz

Even the late, great man J.T. gave tribute to got in on things.

Fans were not about his homage to Prince — and tapped into the “Purple Rain” singer’s trademark shade to drag the pop star.

When you have a national anthem to sing but also forgot about your gum pic.twitter.com/QLO2opMJlC

Of course, there was Pink’s moment, too.

Pink clarified later that it was actually a throat lozenge, not gum, but that didn’t stop us from laughing at the funny tweets about it.

Super Bowl: ALL EYES ON US TODAY

But we all know what the 2018 Super Bowl was really about.

Kylie Jenner‘s baby news pretty much dominated the news cycle for us. Like they say — the devil works hard, but Kris Jenner works harder.

Lady Gaga trying to out do spongebob 😂 pic.twitter.com/xM6zRF5Tyg

From her costumes and choreography, one thousand memes were born.

Me jumping to conclusions when I don't get a text back pic.twitter.com/0R1nHKbDXE

And they were all relatable AF.

One of her other outfits also spoke to us.

That stone-cold face knows exactly what we’re talking about.

She strutted onto the scene in effortless Effie Trinket-style.

But she got a *lot* of different comparisons.

Honestly, we’re here for this one. A live-action Shrek remake is pretty much unavoidable, and Gaga would be perfect for the fairy godmother.

Bruno Mars and his crew got the meme treatment, too.

The shiny leather ensembles warranted jokes that Bruno Mars and the rest of the “Uptown Funk” gang were part of just one more viral commercial.

COLDPLAY JUST MADE ME SAD TO BE WHITE 😔 (@slaymie)

But Bruno actually got off easy.

You never would’ve known that Coldplay was the actual headliner based on all of the hilarious memes.

The internet was vicious.

We almost started to feel a little bad.

Taraji’s tweet was just the icing on the cake.

When Taraji P. Henson accidentally confused Coldplay with Maroon 5, she made our year — and accurately predicted a Super Bowl show to come.

Thanks for loving our performance from our seats at #SB50 @TherealTaraji. We think we sounded pretty good!

But they should know that they’ve got big meme shoes to fill this year.

When Beyonce and Bruno Mars make it their halftime show. 😂😭 #SB50 pic.twitter.com/o9OfKS7jBx

Bey and Bruno took over the stage.

But what did Chris Martin expect when he invited Beyoncé to be part of his show? Sorry, babe. It’s her show now.

Chris Martin was the Left Shark of this year's halftime show pic.twitter.com/MWV9B0VkcK

And poor Chris was left to be the Left Shark of the day.

"Yes i have 4 years of Juilliard and i was shark number 2 in a little production called the Super bowl" pic.twitter.com/hiVCZtDI8B

People fell in love with the sad-eyed shark.

Seriously, if there’s one Super Bowl meme that just might be the most iconic of all time, it’s him.

these shark meme's are too much 😂😂😂 pic.twitter.com/DJnchcEiQm

You’ve got to admire this incredible work of art.

We’re shaking in our boots just looking at it.

Started From The Bottom Now We Here! pic.twitter.com/lJWMDQfKFr

There were plenty of other meme-able moments, though, too.

Or Katy’s other outfit, for two.

She was in a straight-up style competition with Chazz Michael Michaels from Blades of Glory.

Loving all the Katy Perry memes this morning! This is pretty accurate ->> pic.twitter.com/1A9dYjwC2a

And Flamin’ Hot Cheetos were coming for her crown, too.

The riff on her song was just the frosting on top of this meme sundae.

And who could forget the Strong Beyoncé memes?

Bey went so hard during her 2013 halftime show that she ended up making all kinds of crazy faces in the still photos. That combined with her ripped bod was the perfect base for all kinds of hilarious photos. But this one will always have a place in our hearts.