Kelly Clarkson and husband Brandon Blackstock‘s relationship had its ups and downs. Although the couple was largely private, the American Idol alum hinted at trouble several times throughout their marriage prior to filing for divorce.

“If I sat here and told you that everything was perfect, that’d be a damn lie in anybody’s relationship,” the 38-year-old told fans during a Facebook Live in November 2018. “But you have to work at it.” 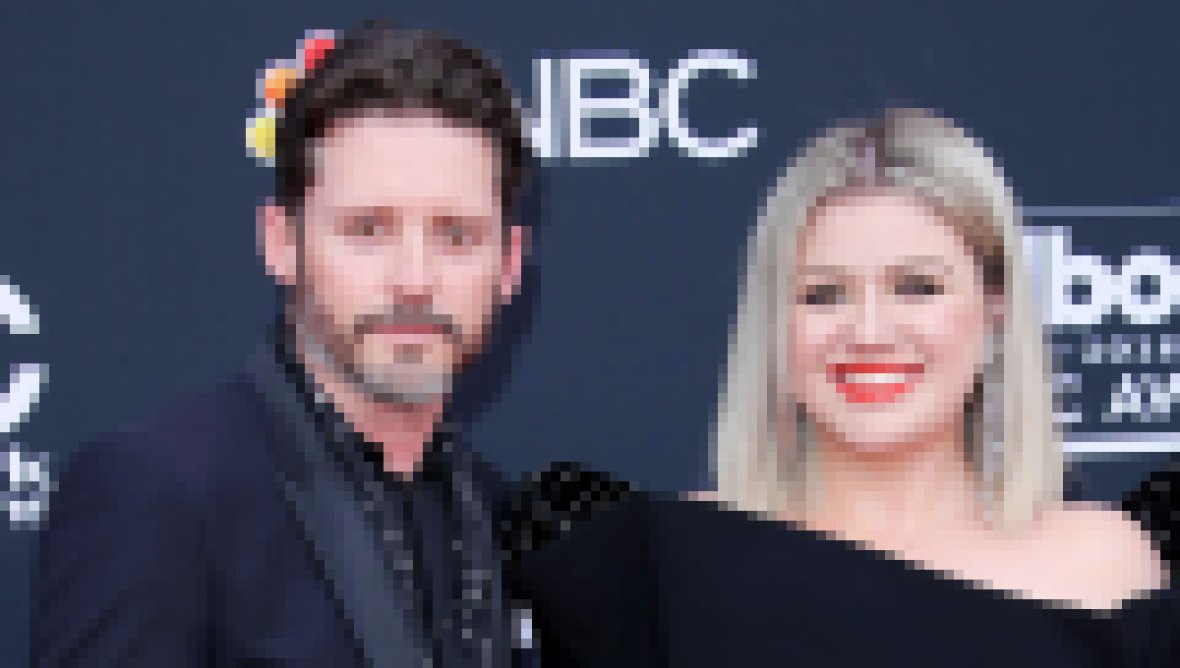 When a fan sought advice and asked Kelly how she managed to not keep score in the relationship, Kelly confessed was a learning process. “I don’t think it’s a score. I think it’s keeping a tally of how many discussions you’ve had, I think it’s that,” she said. “Honestly, it goes both ways. Like my husband feels like he constantly needs to talk about the same thing; I feel like the same thing with him. There [are] always things you’re working on.”

The “Since You’ve Been Gone” singer and the manager, 43, began dating in 2011 and didn’t waste any time settling down. The duo announced their engagement in December 2012 and tied the knot less than a year later.

Unfortunately, things took a turn for the worse while in quarantine amid the coronavirus pandemic. A source told Life & Style Kelly “hated having to self-isolate” with Brandon. “They haven’t been getting along for a while and clash on so many levels.”

The insider added, “They’ve grown apart over the years and being in lockdown together heightened their problems.”

In March 2012, Us Weekly confirmed the couple began dating in late 2011. “I’m too happy. He’s ruining my creativity,” she told the outlet at the time. “I’m writing all this happy s–t. It’s killing me.”

After dating for less than 10 months, Blackstock proposed to Kelly with a giant yellow canary diamond. At the time, she tweeted “I’M ENGAGED!!!!!” I wanted y’all to know!! Happiest night of my life last night!” she continued. “I am so lucky and am with the greatest man ever. :)”

“Miss Independent” no more! The singer revealed on social media that she and Blackstock exchanged vows at Blackberry Farms in Tennessee. “We complement each other well. We’re a really great partnership, not only for marriage, but for work as well,” she said on LIVE with Kelly and Ryan in 2017.

Before Blackstock, the songstress didn’t expect to get married or have kids. “I was very much a gypsy. I just loved traveling … My job was kind of perfect for me in that sense,” she said on The View. “I had a very high bar, like, for if was going to date someone because if I’m going to add someone you have to bring something … ”

In that same interview, she explained that it was being a stepmom to Blackstock’s daughter and son from a previous relationship, who are “amazing,” that made her want to have kids. She gave birth to her daughter in June 2014.

“Our baby girl River Rose Blackstock arrived on June 12th!” she tweeted. “Thank you everyone for all of your well-wishes! Brandon and I are on cloud 9!!”

By 2015, Kelly had a big surprise for her fans during a concert in Los Angeles. “This is not how I wanted to announce [that I’m pregnant]. My makeup artist is backstage hating me. I didn’t want you to think I’m on pills or something,” she told the crowd, according to E!. “I would like to apologize to my husband. This was not planned. I’m just so hormonal. Everything is great, I haven’t vomited yet. That’s a win, y’all.”

In April 2016, the family of three added to their brood. “Our little baby boy has arrived!!” she tweeted at the time. “Remington Alexander Blackstock was born 4/12/16 & he is healthy and we couldn’t be happier or more in love!”

Following their fourth wedding anniversary, Kelly told SiriusXM listeners that her hubby was the first person she was ever sexually attracted to. “I honestly thought I was asexual — I’d never been turned on like that in my whole life,” she explained. “I was like, ‘Oh, that’s that feeling … okay! That’s what they were talking about in Waiting to Exhale.’ I just got it. I just didn’t have a clue.”

Proud wife. Kelly got flirty on Instagram after her man bought a plane. “Congrats @brandonblackstock on your new plane,” she wrote in 2018. “I married Maverick ,y’all, he’s been flying for years and finally bought himself a @cirrusaircraft #dreams #reality#sexyandheknowsit.”

During the last night of Kelly’s ‘Meaning of Life’ tour, she performed her emotional hit “Piece by Piece,” a song she wrote about her loving relationship with Brandon, as well as her difficult one with her father. Taking over for Kelly’s regular guitarist, Brandon waited until his wife turned around.

“This is my husband,” she told the audience with a huge smile before resuming the song.

Despite their seemingly sweet relationship, Kelly cited “irreconcilable differences” as the reason for their breakup in court docs obtained by In Touch.