In the years since Alaskan Bush People first started airing, the Brown family kids have changed a lot. Not only have they gone from the wilds of Alaska to the glitz and glamor of Beverly Hills to the way-less-remote wilds of Washington, they’ve also just grown up.

Well, “grown up” might be a stretch for some of them — Matt Brown, the oldest brother, was 30 when the show kicked off, meaning he was more than well into his adulthood already. But daughters Birdy Brown and Rain Brown, at least, have gone from baby-faced kids to practically adults. And some of the stars have even welcomed kids of their own. 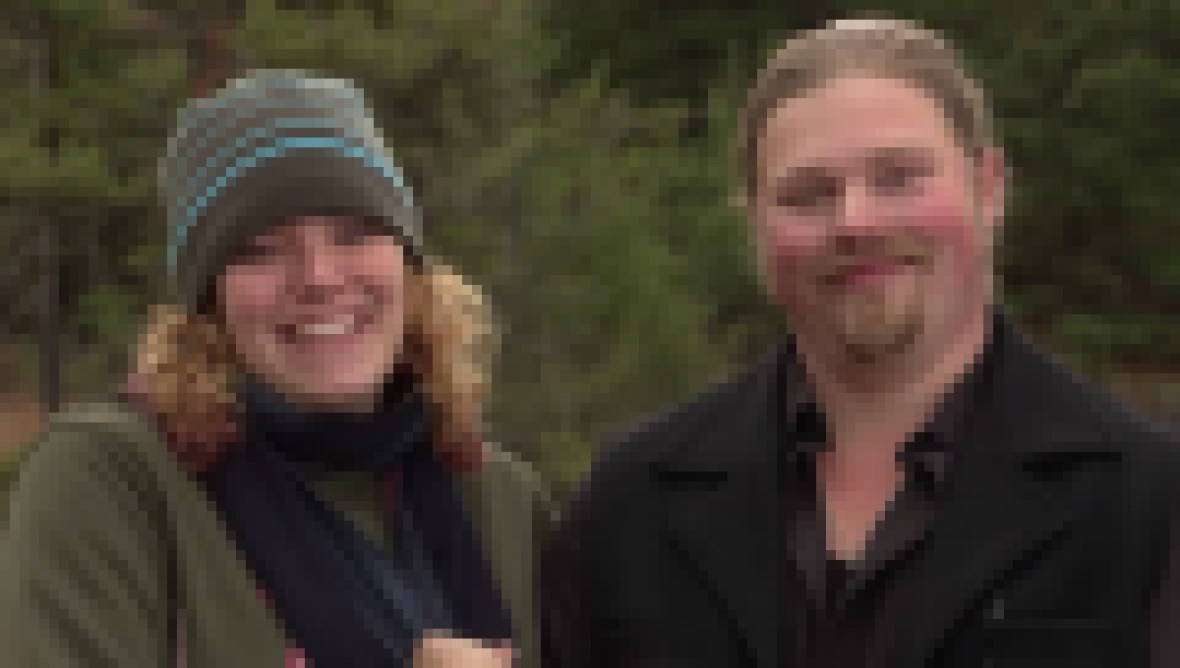 In February 2019, Noah Brown and wife Rhain Brown welcomed son Elijah Connor Brown, late patriarch Billy Brown and Ami Brown‘s first grandchild. In the months since, the whole family has showered the little boy with love, especially Aunt Rainy. “Dear Elijah Conner, I first met you at 3:30 a.m. Tuesday, February 26th. And I will never be the same,” she wrote on Instagram. “You have forever changed my heart, and I will spend the rest of my life protecting, loving and teaching you all I know.”

One year later, Bear Brown also became a dad after his off-again, on-again girlfriend, Raiven Adams, gave birth to their son. River Anthony was born on March 9, weighing only 4 pounds, 15 ounces. However, his delivery wasn’t exactly an easy one. Grandmother Kassy Michelle exclusively told In Touch Raiven “literally risked her life” to give birth to her son, who was born weeks ahead of his April 19 due date. 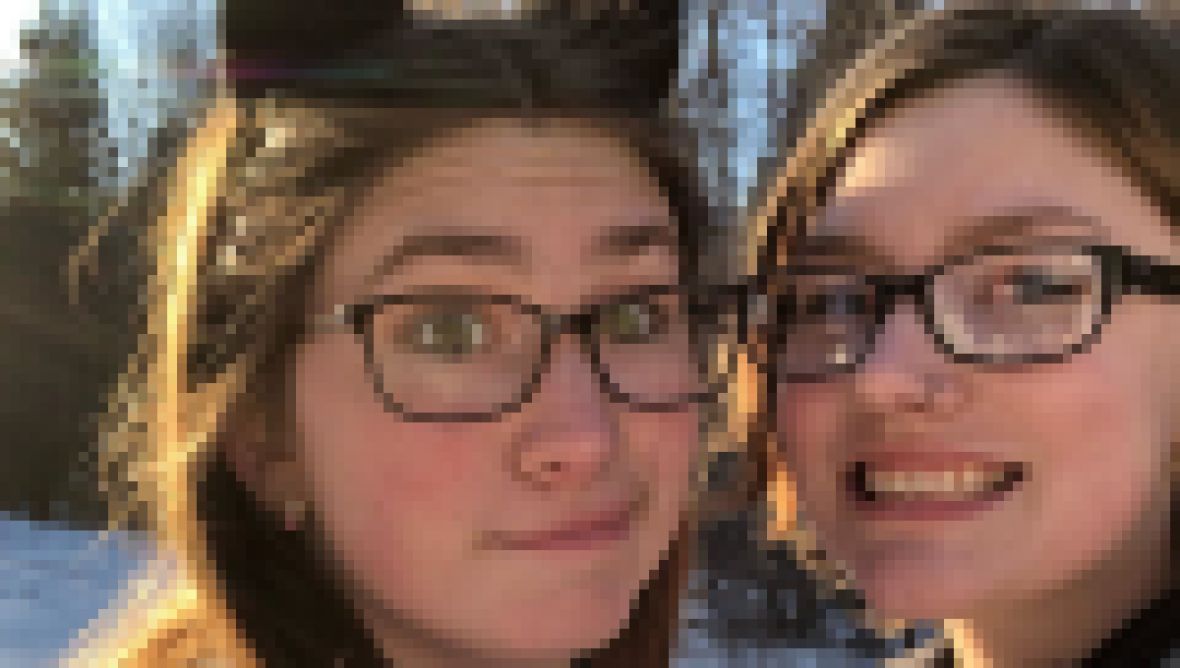 River’s premature birth wasn’t the only drama for the new parents, unfortunately. On March 12, Bear, 32, filed a petition in Alaskan courts to establish paternity. He also took to Instagram to clear up exactly where he and his ex stood. “It was two days after River was born before anyone told me! … I am trying to establish myself as his dad so that I will have equal rights as a parent!” he claimed. “I will always consider myself River’s dad!” Since then, the couple has reconciled.

The Browns have shown their love for their new additions on social media — and, though they may not be “Alaskan” bush people any longer, it’s clear they’re still the same old big, happy family. Ready to see how much the kids have changed over the years? Check out the gallery below to see how different the Brown family kids look since we first met them on the show.

The oldest of all the Alaskan Bush People kids, Matt Brown, was already 30 (and graying) when we first met him on the show back in 2014.

Now, Matt is 37 and has gone even grayer than before. However, with his longer hair and in-shape physique, he almost looks younger. Soaking in the California sun after he moved down south hasn’t hurt, either — though he’s certainly been through quite the emotional journey as he headed off to rehab before striking a deal with his dad to return to the show.

At 28, you’d think Bam Bam would’ve figured out how best to style his hair — and maybe he thought he had judging by how much product it looks like he’s used. (Side note: Do they have product in the bush? Is he improvising with like tree sap or something? What’s his secret?!) He actually had quite the hair growth ahead of him, though.

A few years later, at 36, he’s definitely worked some of his style issues out. His now longer hair is looking more natural — and, honestly, it looks great. Back in the day, we don’t know that we would’ve said that Bam Bam was the hottest bush kid, but he’s definitely locked down that title now. It does help that he seems like one of the most normal of the bunch, especially with how well he adapted to L.A. life. His main problem these days is getting his family to take his relationship seriously.

Bear was rocking a solid Jesus-inspired look back in the day. And considering how religious the family is, that may have actually been his inspiration. But as the most extreme brother, his days spent punching fish and scrambling up trees gave us a, uh, different vibe.

Minus the full beard, the look has a little bit of a different effect, and he’s mastered the style of someone who would appear on Jackass (a show which we feel like Bear would love, by the way — can anyone get him a copy out in the Washington wilds?). At 32, he became a father, and he’s looking forward to helping raise his little one.

With his sideburns and leather jacket, Gabe gave us serious Wolverine vibes from day one. All the then-22 year old was missing was the actual claws shooting out from between his knuckles.

He was a little camera shy on the show since mom Ami was diagnosed with cancer, but since she’s been in remission, he’s been catching up with fans on Instagram and his family’s TV show. And he’s still the same old Gabe Brown rocking the heavy metal-fan look at 31, only now he’s got an eyebrow piercing and found love with wife Raquell “Rose” Pantilla.

Age 20 when the show started, Noah is the youngest of the Brown brothers, but he’s always looked older than his age. We’re pretty sure it’s the facial hair that gave him the more mature vibe.

Years later, Noah’s style hasn’t changed a single bit — but he is getting more sun these days and, therefore, a little more color in his face. Other than that, though, he honestly looks almost exactly the same. At 28, he was also the first of the kids to start a family. He and wife Rhain welcomed son Elijah in February 2019.

Even though she was already legally an adult when the show started, 18-year-old Snowbird always seemed on the younger side. Maybe it was being surrounded by four big brothers — or maybe it was just her sweet little face.

Between ages 18 and 26, she’s grown up a lot. And, like her brothers, she’s settled into a little bit of an edgier style, rocking chokers, bracelets and all manner of rings. TBH, we’re feeling this look for Birdy. Keep doing your thing, girl.

The youngest of the clan, little Rainy was only 10 when we first met her, but she always seemed wise beyond her years.

Now 18, she’s also gone through something of a style evolution, but for Rainy, it’s all about the edgy haircuts. She’s tried out both pixie cuts and pink dye, which lend her an elegance and maturity more befitting of her attitude than her actual years.

They’ve all grown up so much.

The boys may have always been adults — but the girls have really changed right before our eyes. We can’t wait to see more as the show goes on. No matter where they may be, one thing is for sure: Life is never boring with the Brown family.