By most standards, Abbie Duggar (née Burnett) comes from a big family. When you compare her to husband John David Duggar‘s clan, however, eight kids seems like hardly any. But like the Counting On crew, the Burnett’s family tree is constantly growing as the kids get married and start families of their own. Keep scrolling to get to know John David Duggar’s in-laws clan.

According to the family’s now-deleted blog, Cheryl and John, who sometimes goes by Johnny, tied the knot back on May 2, 1981, then headed off to Colorado for their honeymoon. Together, they share eight kids, and in 2011, they celebrated 30 years of marriage. These days, their 40th anniversary isn’t far around the corner — and their family’s grown by leagues since then.

She also has five(ish) siblings-in-law.

Well, not counting all of her Duggar siblings-in-law, that is. John-Clay, Hannah, Caleb and Charity have all tied the knot, and Carinna got engaged in October 2019. John-Clay, the oldest son, is married to Sarah Burnett (née Ferraro), Hannah married Dustin Dornink, Caleb married Kacey Burnett (née Goodwin), Charity married Samuel Wearden and Daniel Penn popped the question to Carinna.

So far, she has 10 nieces and nephews.

Their family tree may yet catch up to the Duggars’! After tying the knot in August 2015, John-Clay and wife Sarah had three sons: Eric in June 2016, Samuel in September 2017 and Joseph in October 2019. Hannah and husband Dustin have had four children since tying the knot. After three boys, they finally had a little girl. Caleb and Kasey wed in summer 2018 and welcomed their first child, a daughter, in summer 2019. After tying the knot in June 2017, Charity and Samuel had their son, Brendan, in August 2018. 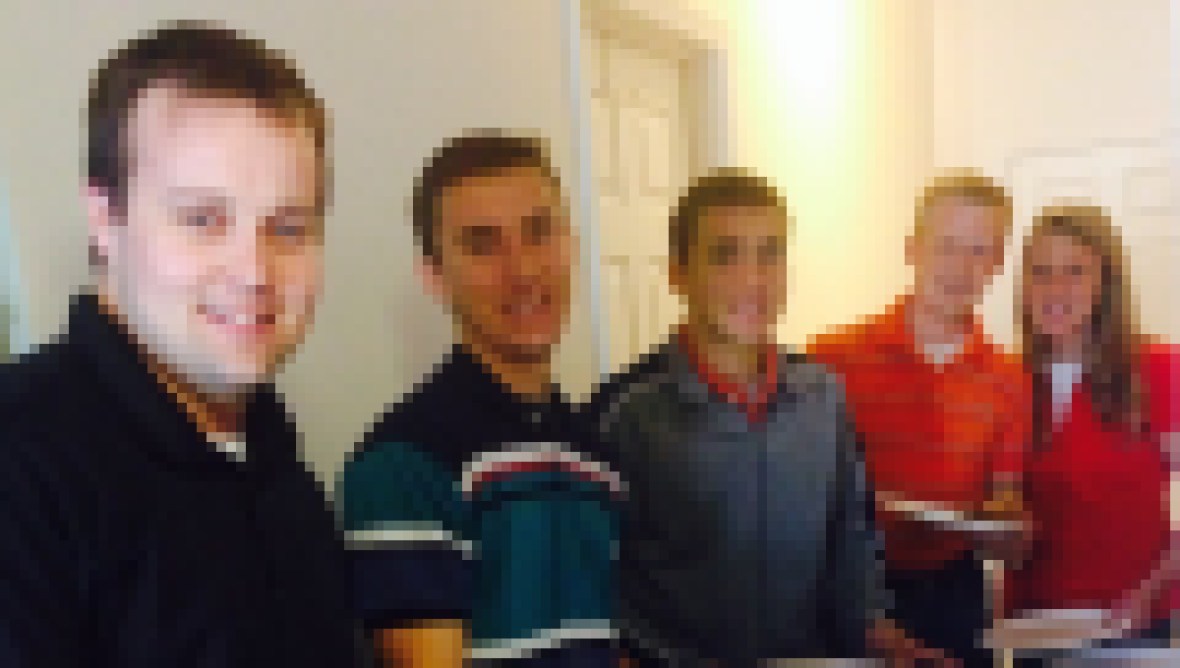 Most of the Duggars primarily work within the family and film their TLC show, but the same can’t be said for the Burnetts. Abbie’s siblings have all kinds of jobs, and some of them even own their own businesses. According to his LinkedIn, eldest brother John-Clay owns ReelCast Productions, a media production company, and serves as the creative director. Wife Sarah is the production manager. They also work together for Motion University, which offers online Christian film courses. The family’s blog explained that Hannah has taught music lessons and Caleb worked with a construction business. According to her Facebook, Maggie has worked as an EMT and at a daycare center, and now she’s got her photography business where she regularly hosts photo shoots for the rest of the fam.

Check out the gallery below to get to know some of the Burnett family members.

The Burnetts are quite the pair. Since tying the knot and moving to Arkansas, John and Abbie have made a point of visiting their parents in Oklahoma.

The parents are partners at home and at work.

Big brother Caleb and his wife might have some good parenting tips now that Abbie has welcomed a little one of her own.

Charity and her husband look like they enjoy an adventure just as much as John and Abbie.

The twins and their big sis are tight.

When John and Abbie can get some Duggar siblings and Burnett siblings together, it’s a special occasion.