A sharp-dressed man. 90 Day Fiancé fans can’t stop talking about Zied Hakimi’s transformation from his reality TV debut to now in season 8 of TLC’s flagship series. The Tunisia native first appeared in season 3 of the spinoff 90 Day Fiancé: Before The 90 Days, detailing his love story with now-wife Rebecca Parrott.

Viewers have noticed Zied’s new look, from his fresh haircut to change of style in the latest episode, which showed him arriving in the United States after his K-1 visa was approved. It’s been quite a journey for the reality TV couple, but now fans are getting to see the 27-year-old embracing his new life in Georgia.

After first hitting it off via Facebook, the couple quickly fell in love and began seeing how they could incorporate each other into their own lives. Rebecca, 49, admitted she thought Zied was “gorgeous” the moment she saw his photo.

Despite their 22-year age gap and cultural differences, the former private investigator said she “couldn’t help” having strong feelings for him the closer they got, adding, “He’s just the most romantic, sweet person in the world.”

In Touch confirmed the pair married in Lumpkin County, Georgia, on April 19, 2020. Rebecca and Zied obtained their marriage license on April 14, which allowed him to relocate from his native country to her hometown.

Fans learned that Rebecca took a job as a manager at a fast-food restaurant so that she could serve as Zied’s sponsor for his K-1 visa in recent episodes of 90 Day Fiancé. While we wait to see what happens after his relocation later on this season, Rebecca spoke out about how much of a struggle it was for him to uproot his life in a recent interview. 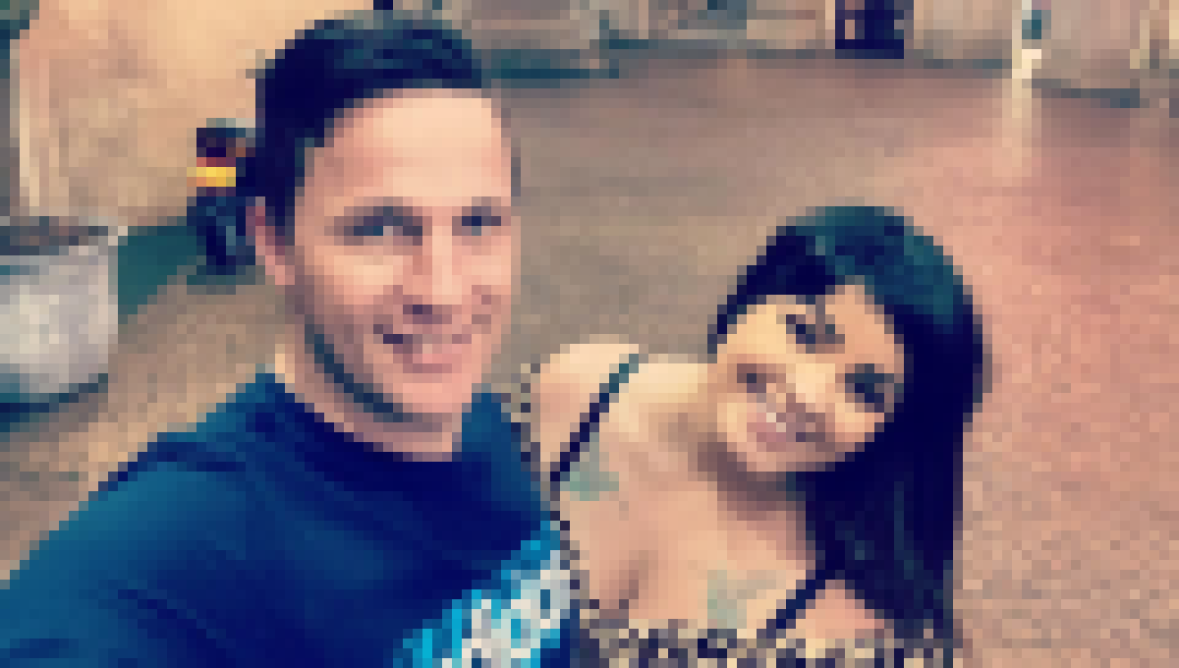 “He basically said, ‘This is not what I thought it was going to be,’ and he was very unhappy,” she told Us Weekly in December 2020. “He missed his family, and it was really hard.” Fortunately, there was a silver lining with the timing.

“We actually got an email that said his [K-1 visa] interview had been moved up a week to my birthday, and we didn’t do anything for that. We’re not sure why that happened, but had that not happened, he would not be in America,” Rebecca added. “He would not have come when he did because he got here and within two days, COVID hit and everything was locked down. So, we just made it under the wire.”

Ready for His Close-Up

Zied previously sported quite the mane when he first appeared in the series about long-distance relationships.

The TV personality also dressed more casually back in the day.

As the show went on, he began switching up his look ever so slightly.

Zied showed off his new style and cut when greeting Rebecca, her daughter, Tiffany, and future son-in-law Micah at the airport in season 8.

Fans can look forward to even more updates on the couple in 90 Day Bares All, which premieres on Discovery+ January 24.