Love them or hate them, Kim Kardashian and Kanye West are easily one of the most recognizable couples in the world, and although they don’t often show PDA, every now and then, we catch a rare glimpse.

The couple — who share kids North, Saint, Chicago and Psalm — met and became friends in 2003, but Kim was dating Ray J at the time. The “Stronger” rapper later revealed, however, it was when he saw a picture of the KKW Beauty founder with her friend Paris Hilton that he knew he loved her. 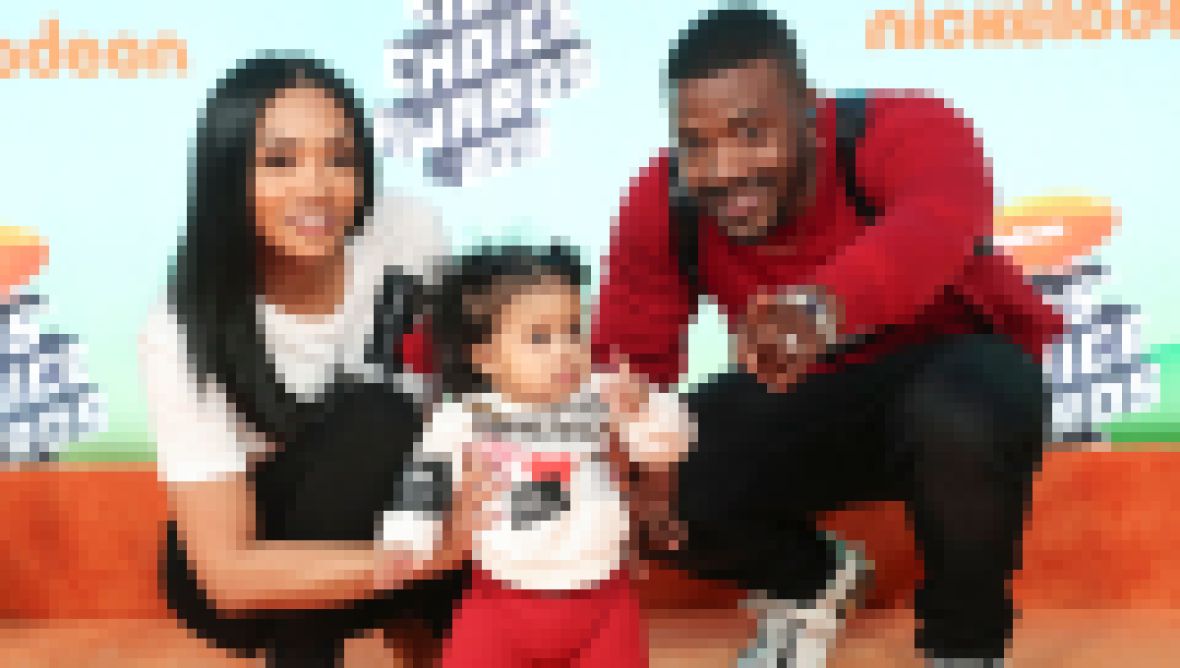 “I just knew I wanted her to be my girl for a long time,” he told Ryan Seacrest in 2013. “I remember I saw a picture of her and Paris Hilton, and I remember telling my boy, ‘Have you seen that girl Kim Kar-dijon?'”

Fast-forward to 2009 when Kim was dating Reggie Bush and Kanye wrote his first verse about her, according to TMZ. “You were always the cheerleader of my dreams / Seem to only date the head of football teams / And I was the class clown that always kept you laughing / We were never meant to be, baby we just happened,” he rapped on Keri Hilson‘s single “Knock You Down.” “You should leave your boyfriend now.”

Although the brunette babe went on to marry Kris Humphries, that didn’t stop the 21-time Grammy winner from persuing his future wife. Once again, he made his feelings known in a song.

These days, the couple seems to be going through a bit of a rough patch amid the coronavirus pandemic. A source tells In Touch exclusively the busy parents are “struggling to adjust” to their new way of life in quarantine. That said, we’re sure these two will be just fine. He *did* write multiple songs about her, after all.

Check out our gallery below to see just a few of the infamous couple’s sweetest moments.

Kim posted this photo back in April 2018, and it features a smiling Kanye — a rare sighting!

Although to be fair, Kanye is often smiling when he and Kim are showing some PDA, like in this photo.

The couple seemed really in sync for this sweet moment, at 1 Oak Nightclub at the Mirage Hotel when they celebrated New Year’s in 2013.

Clearly, Kanye knows how to make his wife laugh!

Kim was once interviewed by Bravo host Andy Cohen at the Girls’ Lounge dinner in 2016 and said that her husband “definitely taught me to be my most authentic self and not care what other people think. I think I was a people pleaser before.” Kudos to her!

He Always Compliments Her

Kim and Kanye are not ashamed to show off their love a little bit in public, like in this moment when they kissed while taking a photo with fellow celeb friends John Legend and Chrissy Teigen.

On the Red Carpet!

They snuck a quick kiss on the red carpet in this Grammys photo, too!

Is Kanye whispering sweet nothings in Kim’s ear in this cute snapshot?

The rapper doesn’t seem to be able to get enough of his wife in this pic. Ow, ow.

Oh, to be Rich

Kanye is also pretty supportive during Kim’s pregnancies. She wrote on Instagram in October 2015, “My husband never ceases the amaze me! He rented out the entire movie theater to screen the new Steve Jobs (It’s sooooo good BTW) and had all of my family and close friends come dressed up as their best pregnant Kim look (fake baby bumps provided on arrival!) Not sure if that was to make me feel less huge or just a fun cool theme but I loved it and had the best time ever … “

For Father’s Day in 2018, Kim sweetly thanked Kanye for being a great father to their kids. “Happy Father’s Day, babe,” she wrote on Instagram. “Thanks for being such a good dad to our babies! Shout out to all of the amazing dads out there!”

Even in a crowd, these two manage to look like a cute couple.

And it’s always a treat when they’re both smiling for the paparazzi.

And as the star of a major reality show and a well-known rapper, you’d think these two would find trouble spending quality time together. In this lovely shot, however, Kim and Kanye appear to be relaxing in a quiet moment.

After all, life is made up on those moments. Kim recalled on the 10-year anniversary special of Keeping Up With the Kardashians, “After my breakup, I was feeling really low and down and he said, ‘Just come to Paris and see my fashion show.’ He jokes that he put on this whole fashion show just to get a date with me. So I went there and I stayed with him, and that’s where we started dating. I swear from the moment I landed, I fell madly in love with him and I thought, ‘Oh my God, why didn’t I do this sooner?’ Like, this is what real life is like — love and fun and real support.”

Speaking of support, check out this moment when Kanye literally lifted his wife into a car. Isn’t this what marriage is really all about?

Really, every time Kim and Kanye are seen together, they seem to be really into each other. And that might be the sweetest aspect of their relationship of all.