Little princess! 90 Day Fiancé stars Anny and Robert welcomed their first child together, a daughter, on Tuesday, July 28. The proud parents introduced their little girl to the world via social media and revealed her name, Brenda Aaliyah, which has a sweet meaning.

According to BabyNames.com, Brenda is a strong Scandinavian name meaning “sword.” Aaliyah is Arabic and traditionally means “high, sublime.” The stars picked out the perfect moniker, and they couldn’t be more excited to introduce their daughter to the world. “Welcome to the world, my princess. I am filled with love and happiness to have you in my life,” Anny said in a statement shared with E! News. “My gift from God was born July 28, 2020 at 10:18 p.m.” 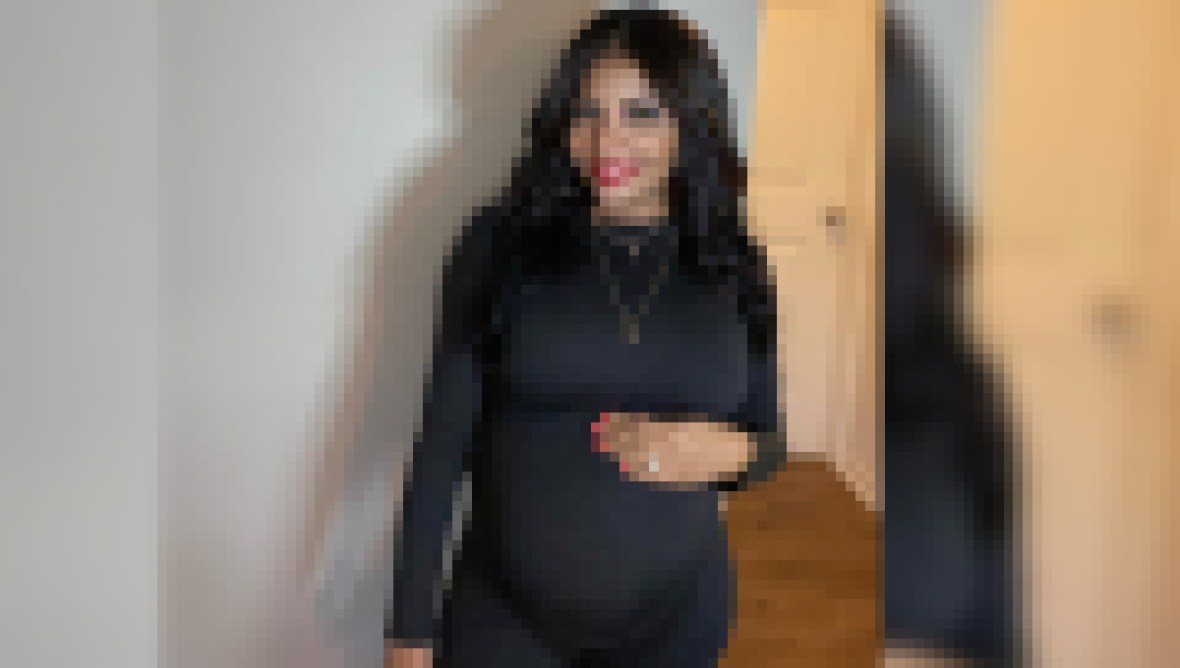 The Dominican Republic native announced her pregnancy in April. “I feel so happy and fortunate to share the arrival of my baby – ‘my gift from God.’ The baby has not been born yet, and it’s the most beautiful feeling that I have ever felt,” she wrote in a statement on Instagram, translated from Spanish. “It fills me with joy to know that I’ll have someone to fight for and give the best of myself to. I wait for him or her with lots of emotion.”

She documented her love story with Robert on season 7 of the hit TLC reality TV series. The couple raised eyebrows because of how fast they moved early on in their relationship. Robert met Anny on Facebook through a mutual friend. They were only dating long-distance for a short period of time when Robert traveled to the Dominican Republic to meet her in person for the first time.

But instead of flying in and spending time with Anny in her home country, Robert arrived via a cruise which docked in the D.R. for one day during its voyage. Robert and Anny only spent eight hours together in person before he popped the question. Then he boarded the cruise ship and immediately filed for Anny’s K-1 visa when he returned home to Florida.

After Anny’s visa was approved, she relocated to the United States where she would not only become a wife, but also a stepmom to Robert’s son, Bryson, from a previous relationship. Robert revealed Bryson’s biological mother was not involved in their son’s life, but Bryson’s maternal grandparents, Stephanie and Ben Woodcock, were a part of his life.

Stephanie and Ben were a little too involved, and they did not approve of Robert’s relationship with Anny because they felt she was using Robert for a green card and for his money. Stephanie overstepped her boundary when she asked Anny what form of birth control she was using with Robert, and Stephanie said she only asked because she worried Robert wouldn’t be able to afford to support Bryson, Anny and another baby with his rideshare driver salary.

The Brooklyn, New York native defended his fiancée from his son’s grandparents, and despite their naysaying, the couple made it down the aisle within their 90-day time period. During the season 7 tell-all, the couple faced off with Bryson’s grandparents and Anny made a heartbreaking reveal. She said the reason she was so offended by Stephanie’s birth control question is because she struggled with fertility in the past.

Now, Anny’s dream of having a baby of her own came true. Congrats to the new family of four!