Out on the town! Katie Holmes rocked a polka dot sheer top with a black bra and black pants at the MCC Theater Inaugural “Celebrity Game Night” red carpet in New York City on Sunday, November 3 — just three months after the actress split from her boyfriend, Jamie Foxx. 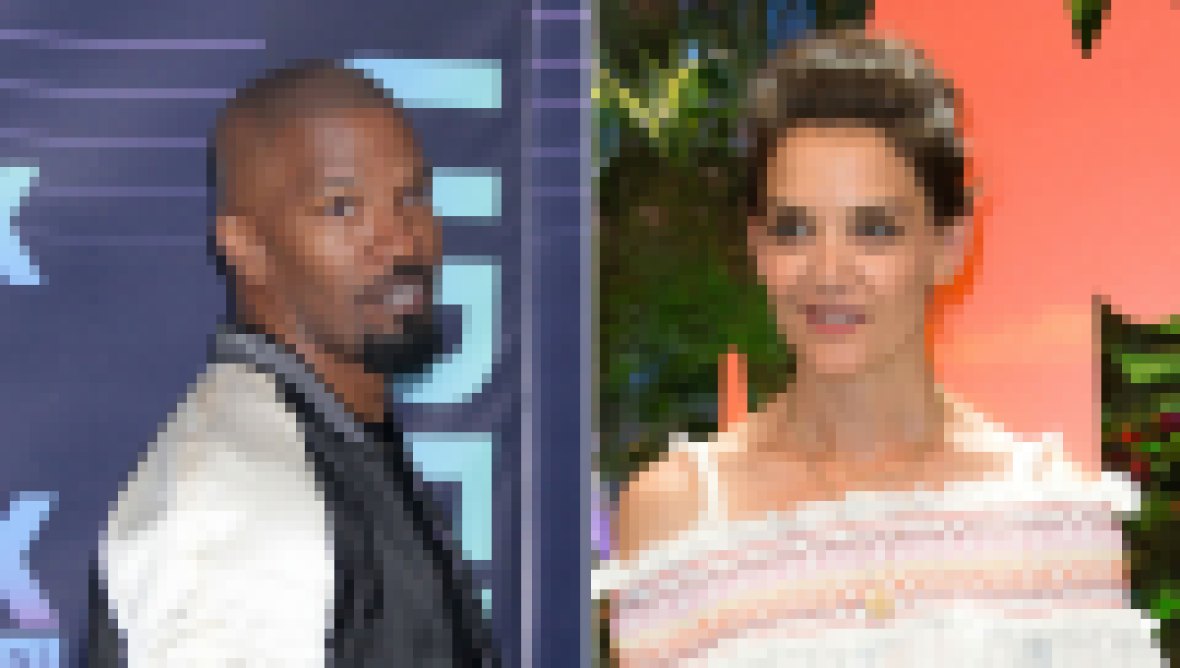 The 40-year-old — who shares her daughter, Suri Cruise, with her ex-husband, Tom Cruise — appeared to be ~feeling herself~ since she kept changing up her poses for the camera. At one point, the photographers even caught the brunette beauty fixing her hair. Celebs, they are just like us, right?!

Meanwhile, Katie wasn’t the only A-lister at the event as Marisa Tomei, Judith Light and Julianna Margulies all made an appearance at the one night only benefit fundraiser in the Big Apple. The mom of one was seen mingling and chatting with Judith, and the two embraced while they were deep in conversation. Hmm … we wonder what they were talking about!

Recently, the Dawson’s Creek alum has been spotted at several fun events including Nordstrom’s NYC flagship opening, where she stunned in a little black dress. On October 16, Katie was all smiles as she took a phone call on the street. Prior to that, Katie ran around the city in a cute trench coat. Clearly, Katie is quite the fashionista!

It’s refreshing to see the Ohio native out and about since she is back on the market. Jamie, 51, and Katie called it quits in August after six years together. They had been arguing “nonstop over his partying,” a source told In Touch at the time. “He’s always turning up to Hollywood parties and L.A. events and being photographed with other women. He’s always been this way. That’s part of why Katie was so hesitant to go public with their relationship. He can’t help himself.”

Luckily, Katie has been spending time with her 13-year-old daughter. “Her main focus is raising Suri, whom she’s so proud of,” an insider revealed. “Being a mom and an actress is enough for her right now.” However, don’t be surprised if Katie moves on with someone new down the line. “’New decade, new beginning’ is how Katie sees it,” a second source told In Touch. “It’s taken Katie no time at all to get over him. He’s already a distant memory, and she’s more than ready to love again.”

Get ‘em, girl! Scroll through the gallery below to see more photos from Katie’s night out.

The Logan Lucky star knows how to smile for the cameras by now since she has been in the industry for so long.

It seems like Katie is ready to meet some men. “She’s currently dating up a storm!” the insider explained.

Katie’s ideal partner is “someone who can build a strong relationship with Suri,” the source noted. “If they don’t tick that box, Katie’s just not interested.”

Love Is in the Air

“She’s already been on at least three successful dates, but she’s keeping her options open,” they added.

One of the reasons Katie is looking super stylish these days is because “everyone is talking about how amazing she looks,” the insider said. “She’s feeling on top of the world!” Well, you look like a million bucks, girl. Keep it up!