Looking ghoul, dahling! Caitlyn Jenner and her partner, Sophia Hutchins, were spotted at Kendall Jenner’s Halloween birthday bash on Thursday, October 31, and they looked fabulous. The 70-year-old appeared to be dressed as Morticia Addams from The Addams Family since she wore a tight black dress with a spider necklace and a big black wig. Sophia, for her part, sported a black leotard with cute bunny ears and a white bow tie. The couple took a minute to pose outside of the venue, and it looked like they were ready to go home. 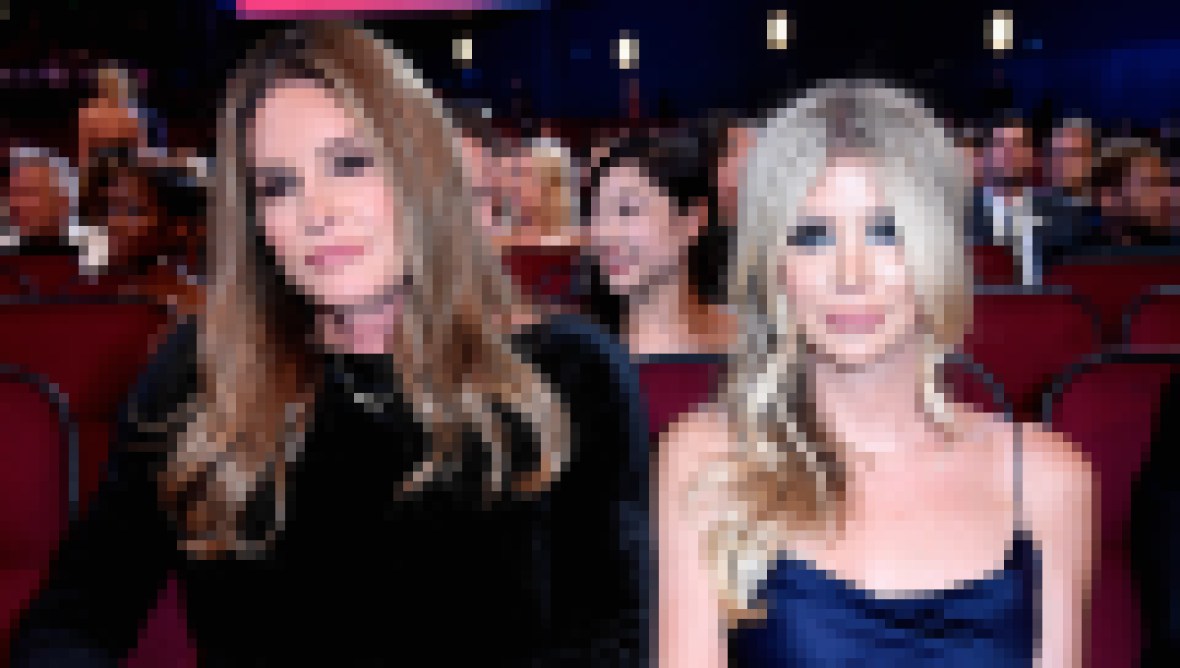 Here's a Timeline of Sophia Hutchins' Relationship With Caitlyn Jenner

Kendall had a huge party with many of her close celebrity pals in attendance including Gigi Hadid, Kacey Musgraves and Hailey Baldwin. Of course, the 23-year-old model was the belle of the ball as she wore a gold costume that gave us major fairy vibes. Meanwhile, Kylie Jenner wore a purple outfit with butterflies on her face and Kourtney Kardashian was a cowgirl.

Recently, the former athlete had a birthday dinner with her children, but her stepdaughter Khloé Kardashian was noticeably missing from the dinner. Of course, fans couldn’t help but notice the Good American designer’s absence on Instagram. One person wrote, “Of course Khloé isn’t there. She’s so full of it,” while another echoed, “Where’s KoKo??”

Cait took to Instagram to show her followers all of the love she received on her big day. “Birthday today! So blessed to have so much love in my life from family and friends,” she wrote. Kourtney wrote, “Happy birthday” in the comments section, while Kim Kardashian posted a sweet photo of herself with Cait on her Instagram Stories, writing, “Happy 70th birthday, @caitlynjenner. I love you forever.” Kylie added, “Happy birthday, @caitlynjenner. I’m so proud of everything you are and all you accomplished. A real-life superhero. I love you.” However, there was no message from Khloé.

Is there bad blood between Caitlyn and Khloé, 35, still? Perhaps! The I Am Cait alum was supposed to attend the grand opening of the Seminole Hard Rock Hotel & Casino in Florida with Khloé and Scott Disick on Thursday, October 24, but a source told Us Weekly that Cait canceled last minute because she didn’t want to be around her family.

Scroll through the gallery below to see Cait’s night out with her 22-year-old partner.

Caitlyn and the blonde beauty looked like they had a fun night out.

Work it, girl! The TV personality posed for the cameras outside of the party.

During an appearance on the “Divorce Sucks With Laura Wasser” podcast in May, Khlo gave an update on her relationship with Caitlyn. “I saw Caitlyn recently, trying to think when, but yeah, when I see Caitlyn, it’s fine,” she said. “I think we’ve really come a long way. It was a struggle for all of us … not because she was transitioning. I think from just how it was all handled.”

She continued, “But I also think, when your emotions die down, you’re really able to look at everything and be like, ‘We’re all humans, and we’re all trying to figure this out.’ I could only imagine how difficult that had to be to tell your children something like that, but at the time, information was withheld from us, and we had to find out through media channels. I think all of our feelings were hurt, but now I think we’re all in a really good place, and we all just want everyone to be happy with whoever they are.”

The Revenge Body host even gave her stamp of approval on Cait’s partner. “She’s really, really sweet too,” she admitted. “She’s younger but like, she’s not bothering anyone. She’s super sweet.”

Caitlyn and Sophia have remained coy about their connection, but the Pepperdine University graduate couldn’t help but gush over her love. “We have so much in common. We see the world so similarly, and we both are such a good match because we challenge each other,” she said on The Hidden Truth Show With Jim Breslo. “It’s just a great match, a great partnership.”

Well, we hope Caitlyn and Khloé kiss and make up real soon!