Season 1 of MTV’s Are You the One? premiered just about six years ago, so what are the 20 contestants up to these days? Well, all kinds of things. In addition to getting married, engaged, and popping out kids — the housemates have been scoring some pretty huge life accomplishments. Sure, some of them have fallen off the map since the show aired in 2014, but others have maintained their fame, whether it’s just with their thousands of Instagram followers as they work typical day jobs or with huge audiences as they kill it with TV gigs and acting roles. And plenty of them still keep in touch, too. 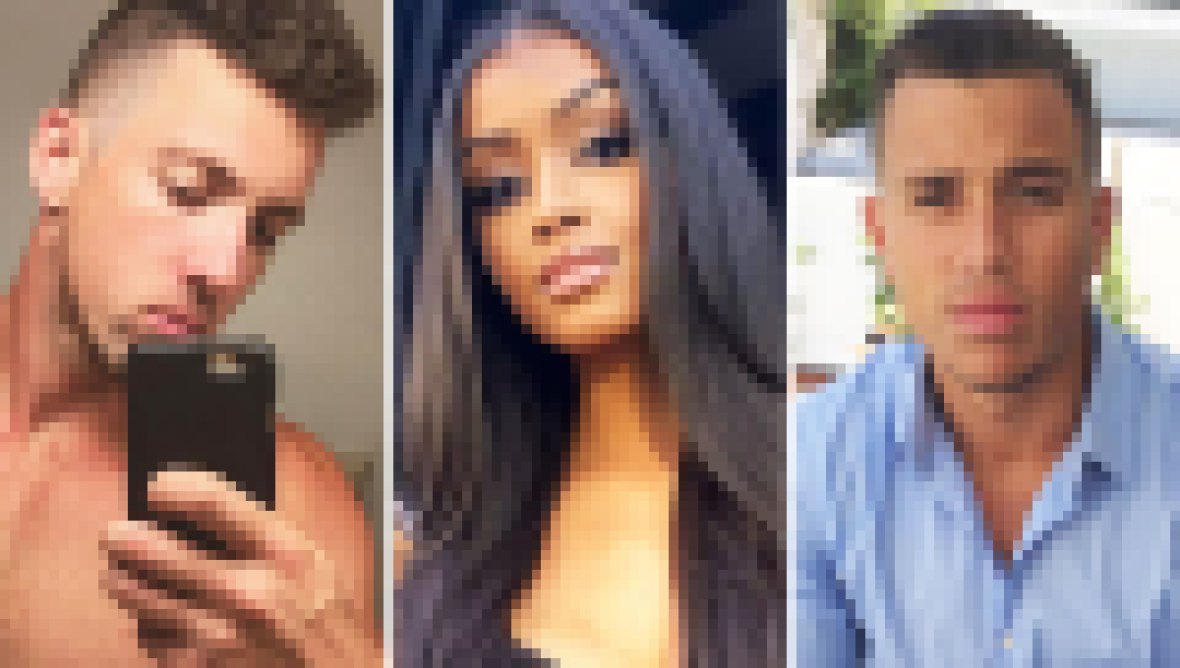 Booked and Busy! See the 'Are You The One' Season 2 Cast Today

Where are they now?

Want to see what season 1 has been up to since their reality TV star days? Their jobs run the gamut from stand-up comic to car salesman. Scroll through the gallery below to see what the AYTO season one cast has been up to in the past few years.

Things didn’t work out between Chris T. and his non-match Shanley or his perfect match Paige, but he did find love with a woman named Jamie. They have a son together, Lennon, in addition to her daughter. These days, both of them are private and neither of them has updated their Twitter pages since 2017. Calling himself an “entremaneur” in his bio, the Air Force veteran has worked selling cars at a dealership owned by a fellow vet. He also runs his fishing Instagram. You know, just if you’re curious.

Paige’s social media presence is pretty private, but according to her Facebook and LinkedIn, she left her job at Yelp and started working for GrubHub as an Enterprise Sales Representative in August 2019. And she is now married to Daniel Keats.

Since finding his perfect match, Simone, Dre has disappeared off social media for the most part, including deleting his IG. Judging by his rarely used Twitter, though, it seems like he’s staying busy. He’s even been acting in theater productions in Atlanta.

Since AYTO, she’s become something of an MTV star, appearing on three different seasons of The Challenge — Battle of the Exes II, Rivals III, and, most recently, Dirty 30. She’s also been working as a dancer, singer and songwriter. She even dabbled in acting and starred in a short film called Happy Hour in 2017.

After his whirlwind-romance with Brittany and finding his perfect match in Shanley, Adam has maintained his MTV presence. He and Brittany both participated in The Challenge‘s Battle of the Exes II, then he and Shanley partnered up again for Are You The One: Second Chances. He now resides in Austin, Texas.

Post-Second Chances, Shanley appeared on the season 6 cast reunion. She’s also been racking up the Instagram influencer opportunities, hawking products like FabFitFun subscription boxes and FashionNova styles. She was featured on Ex on the Beach in 2018 and acted in the TV series The Real Bros of Simi Valley in 2020.

He may not have found love with perfect match Jessica, but he definitely discovered that being on TV is what he wanted to do. Since the show, Ryan’s worked as an AfterBuzz TV host for Game of Thrones post-show discussions, and he’s also acted in projects like Netflix’s #RealityHigh. He also had a role in My Dead Ex, an AwesomenessTV show, and the 2019 flick The Wedding Year.

She’s actually no longer a Perez — these days, she’s Jessica Prongay, married with a son named Easton and a daughter named Lainey. She and her husband previously dated before Are You The One and rekindled their romance. According to her LinkedIn, she has been working as a Sales Specialist since February 2020.

Since his time on the show, he’s returned, in a way, to his previous work as a hotel concierge. But now he’s also spinning that into his own app called the WOMME app — WOMME standing for “Word of Mouth Me,” a growing business of his with its own Instagram page.

Jacy’s been through a number of moves post-Are You the One. After moving to Florida from her home of Puerto Rico, she moved back to Puerto Rico, then headed to New York after Hurricane Maria. It’s unknown exactly where she resides now. However, she’s still doing what she does best — serving seriously fierce looks on Instagram with those Kardashian-esque curves.

In all of Are You The One history, Ethan and Amber are the legendary perfect match couple who stayed together and made it work. Not only are they married, but they also have two daughters together named Scarlett and Serena.

Coleysia’s settled out of the spotlight back home in Alabama. Seems like she’s killing it in life with her Engineering Workforce Training and Development job.

Dillan and his perfect match Coleysia didn't work out long-term, but he's found his path with fitness. Not only is he a Barry's Boot Camp instructor and Prevail Boxing trainer in LA, he also started his own app called UTrain where he's the COO and Co-Owner. He's also working on his acting career — catch him in the Brunch So Hard web series.

It seems like Ashleigh’s acting career has really started to take off. Judging by her IMDb page, she’s had small parts in a ton of projects — and she’s got even more on the way, including a role in a horror film called Head Count. More recently, she appeared in Why I’m Single and she’s got several more lined up for 2021.

His Battle of the Exes II stint with Simone on The Challenge may have been the last time we saw JJ on MTV after finding his perfect match, Ashleigh, but we're not so sure it'll be the last. He's been busy working on his career as a stand-up comic, appearing alongside names like Ron Funches and Sam Tripoli. His debut comedy album, Summer at Southside, is on iTunes now.

These days, it seems he’s still juggling a couple of businesses — including his own clothing line, his work as a personal trainer, and his home renovation company. In January 2020, Joey launched a new campaign to help house homeless veterans.

Unlike her perfect match, Joey, Brittany has very much stayed in the spotlight. She and her no match, Adam, appeared on The Challenge together for Battle of the Exes II, but she’s also hosted and produced segments for Wicked Bites in Boston and continues to expand her media resume.

He’s still his silly self, dancing around while doing meal prep on Instagram, but he’s stayed out of the limelight. After finding his perfect match Kayla, he’s been working as a pharmaceutical representative in LA since 2018.

Kayla is now Kayla Bertucci after getting married. She spent a few years working as a news anchor at WGNO in New Orleans, according to her Facebook bio, but now seems to be keeping it much more low-key and off social media. She now works as the lead marketing specialist for Children’s Hospital New Orleans.