Riding with the fam! Ryan Gosling and Eva Mendes were spotted on a rare family outing in Los Angeles on Tuesday, August 25. The La La Land actor was joined by all his girls in their car, with both daughters Esmeralda and Amada in tow.

The award-winning performer, 39, and his actress-turned-fashion designer love, 46, were captured chatting amongst each other while cruising around. Ryan and Eva dressed comfortably for their afternoon drive amid the warm weather.

Fans have adored the iconic Hollywood couple ever since they first met while filming The Place Beyond The Pines back in 2011. They are known for being one of the more discreet A-list duos, but only because they prefer it that way.

The mom of two explained why she keeps Esmeralda, 5, and Amada, 4, out of the spotlight when she celebrated her birthday back in March. At the time, Eva posted a throwback photo of herself on Instagram to ring in the occasion and one person suggested she share more recent snaps of her loved ones with her followers. 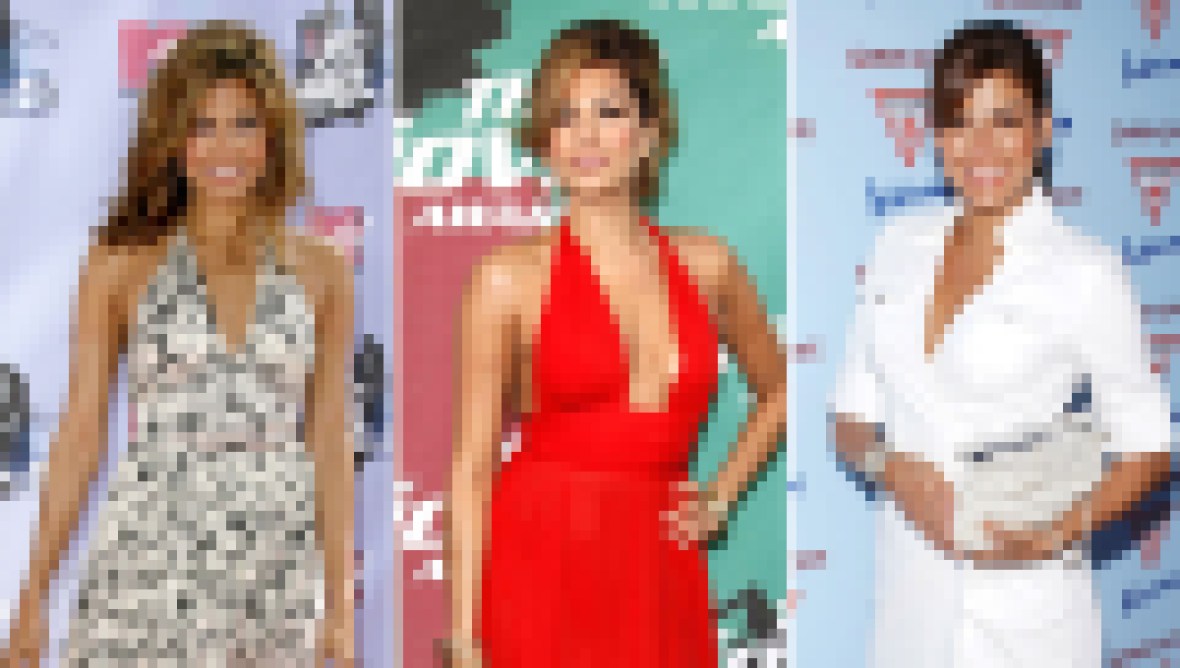 #Goals! A Look Back at Eva Mendes' Career and Romance With Ryan Gosling

“I’ll only post flashbacks of things that are already ‘out there’ (like pics from movies we did or stuff like that),” she responded to the social media user, politely adding, “My man and kids are private. That’s important to me, so thanks for getting that … Have a beautiful day. Sending so much love!”

Just a few days before, she shared a message about the pressures of being a woman and mother. The Hitch alum explained she didn’t like the term “supermom” because “every mom” is, whether or not they have an empire.

“You don’t need to be a mogul to be considered super in any way,” she wrote in a lengthy comment on Instagram. “I want to follow my passions and try to make businesses from them. That’s all. I often ‘fail’ (society’s words not mine). But, I always learn from it and then onto the next.”

“I just want other women to know they can create their own paths that don’t require them to be moguls or have empires,” the businesswoman added. “Oh, the pressure on everyone! Let’s relieve ourselves of that pressure and fight for what we want, not what society tells us we should want.”

When Eva does speak out about her man, she has nothing but glowing things to say. She surprisingly revealed the Notebook heartthrob is “an amazing chef and baker” in February.

“For reals. Incredible,” she wrote. “No joke. I’m not sure that what I do is cooking. It’s more like steaming veggies and juicing and making rice. He really cooks. I survive.”

Scroll through the photos of Eva and Ryan driving with their girls below!

Eva was casually chic in her striped top while out and about with her brood.

Ryan kept a low-profile with a baseball cap and black T-shirt.

He looked like the ultimate #GirlDad with his daughters relaxing in the back seat.

Back in September, the former Training Day actress discussed how “fun, beautiful and maddening” parenting is with the hunky actor.

In another year, Ryan and Eva will be celebrating a decade together!