She collaborated with Beyoncé on “Feeling Myself,” and now Nicki Minaj has taken a page out of Bey’s book by dropping a surprise baby bump photo shoot on Instagram in lieu of a pregnancy announcement. The expectant mama revealed she and husband Kenneth Petty have a little one on the way on Monday, July 20, as she shared three new photos on Instagram. In the shots, she cradled her bump while working it for the camera.

“Preggers,” she wrote in the first post with a yellow heart. “Love. Marriage. Baby carriage. Overflowing with excitement [and] gratitude,” she continued in the caption for the third picture. “Thank you all for the well wishes.”

Nicki, 37, first started dropping hints that she was hoping to get pregnant in June 2019, just days after she revealed she and Kenneth, 42, had picked up their (first) marriage license. On June 27, she made sure fans knew she was abstaining from alcohol. “For the record; that was iced tea in that lobsterita glass,” she clarified on Twitter after joining TV host Jimmy Fallon for a dinner date on his show.

In September 2019, she seemed to take her plans a step further when she announced she was leaving music behind for that mama life. “I’ve decided to retire [and] have my family,” she told fans. “I know you guys are happy now. To my fans, keep reppin me, do it til da death of me, [X] in the box — cuz ain’t nobody checkin me. Love you for LIFE.” 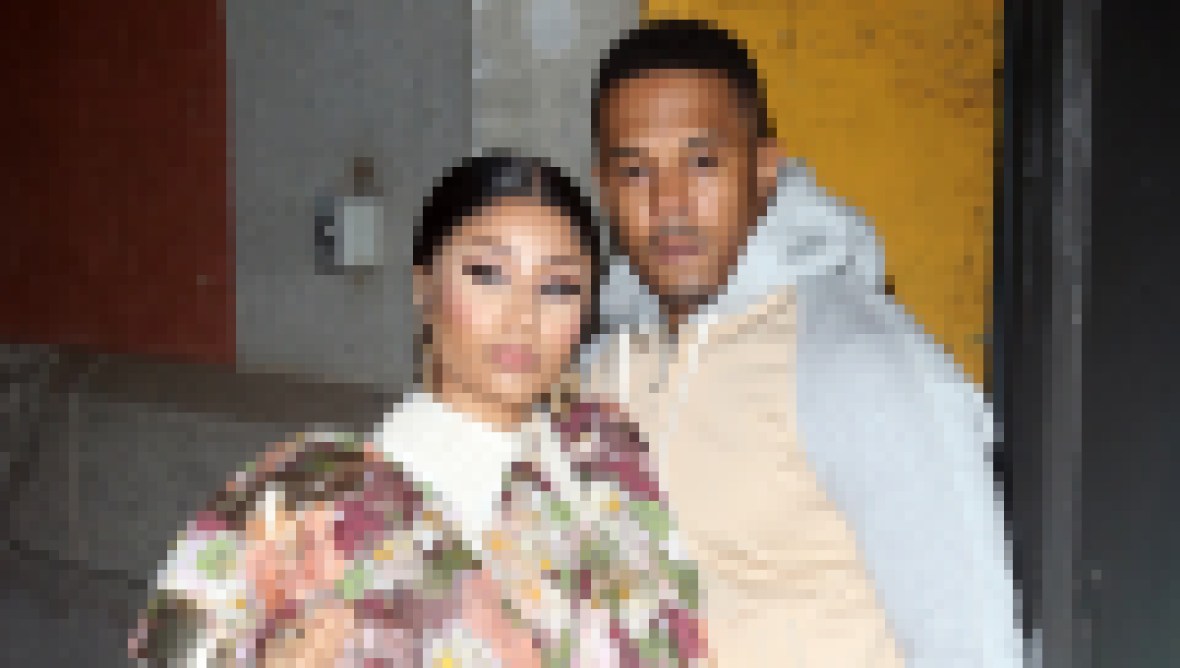 The “Anaconda” rapper didn’t waste any time. By February 2020, she was sparking pregnancy rumors, and though she deflected at the time, we now know her man really was rubbing her stomach for a reason. As it turns out, there was a baby Barb in there — and based on Nicki’s pregnancy photos, they’re just about ready to make their way into the world.

The parents haven’t shared just when their little one is due, but it’s possible they dropped some hints about the baby’s sex. In two out of three of the shots from her announcement shoot, Nicki posed on a pink couch. Her outfit included both pink and blue touches, but fans can’t help but wonder if the furniture is a clue. We’ll have to wait to find out for sure, but you can see the pictures for yourself.

Check out the gallery below to see all of Nicki Minaj’s baby bump photos.

Nicki couldn’t help but smile as she cradled her bump in the first photo she shared.

The mama-to-be has always loved an over-the-top aesthetic.

Mama’s Still Got It

Nicki celebrated the release of her new song “Move Ya Hips” by giving fans a glimpse at her baby bump. The rapper had her belly on full display while singing the lyrics to her new song in an adorable Instagram video.

The Grammy nominee has been dropping hints about the sex of her baby since her pregnancy announcement. With her pink hair and blue sports bra in her dancing video, it’s hard to say!