Serving looks! Aubrey O’Day loves to model swimwear from the hottest brands, ranging from an itsy-bitsy two-piece to an edgy monokini. The Dumblonde songstress, who made a name for herself after being selected as one of five members of Danity Kane on Making the Band, keeps turning up the heat in her photos.

Aubrey flaunted her figure in a metallic purple one-piece while redesigning her glam room in a video she shared on September 2, days after she was photographed stepping out with her colorful pups in Palm Springs, California.

The performer has been sharing fiery portraits, in addition to some catchy new jams. Back in March, she and Dawn Richard collaborated on the latest DK track “New Kings” and celebrated it becoming their first No. 1 single on iTunes in 2020. The duo, plus original member Shannon Bex, reformed the group in 2018. 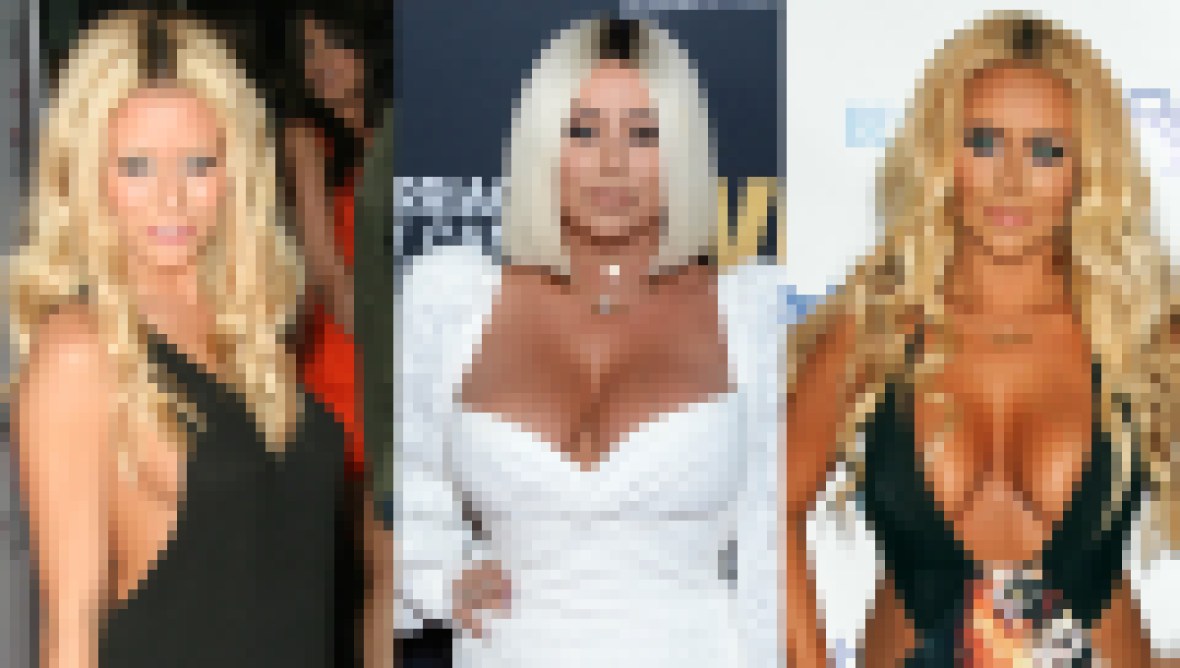 Aubrey previously spoke out about her past experience in the group, revealing they did have some struggles after being thrust into the spotlight on Making the Band. “There were always cameras around, so we got used to not speaking openly with each other because we never wanted to make this show a battlefield for tantrums. We wanted to represent women in a good way,” she told Variety.

Even though there was drama during her time on the show, Aubrey was excited to learn another season of the MTV series was in the works. “I have so much joy for any opportunity for young, talented artists to have opportunities because it’s hard nowadays with record labels going under and independent music being so fast and furious,” she also told the outlet in 2019. “The music industry has changed completely so I’m happy they’re finally bringing the franchise back.”

Fans were first introduced to the “Neon Lights” singer on reality TV, so it might seem fitting she has become a reality TV-favorite in recent years. Aubrey has been featured on E!’s Famously Single, MTV’s Ex on the Beach, and she even came in fifth place on the 18th season of Celebrity Big Brother.

While we wait for her next appearance on the small screen, check out the star’s smoldering bikini snaps from over the years!

Scroll through Aubrey’s swimsuit photos below.

The “Ride for You” artist flaunted her curves in a patterned bikini top.

The singer rocked a Fashion Nova top while enjoying the heat.

She oozed confidence in a barely-there two-piece.

Fans adored her neon set, which complimented her sun-kissed skin.

She dropped jaws in a cute purple bikini.

Aubrey slayed in this throwback snap from 2017.