Mariah Carey is known to many as a music icon and powerhouse performer, but behind that public persona is a woman with her own very real struggles. The songstress opens up about her troubled past, tumultuous romances and more in her new memoir The Meaning of Mariah Carey, hitting shelves on September 29.

“Some of my earliest memories are of violent moments. Because of that, I have always carried a heavy blanket with which I cover up large pieces of my childhood. It has been a burden,” the Grammy Award-winning singer shares in one chapter. 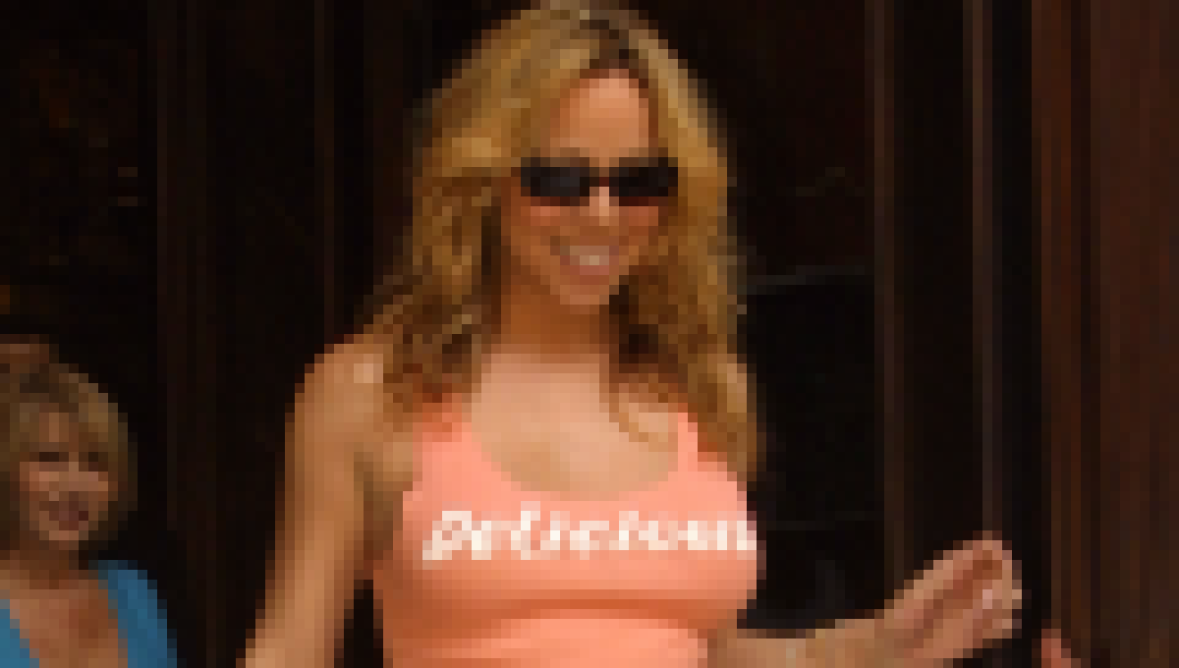 All Hail the Queen! Mariah Carey's 15 Most Diva Moments Ever

Carey reveals she often felt like an outcast amongst her loved ones in her younger years. “We shared common blood, yet I felt like a stranger among them all, an intruder in my own family,” the singer writes. “My siblings and my mother couldn’t communicate for most of the year, so by Christmas dinner, my brother and sister would come stuffed with hurt and anger, starving for attention. Eventually, inevitably, they would all explode in a torrent of verbal abuse.”

The songwriter turned to music in those trying times and found a renewed sense of self-worth and purpose in life. Carey reflects on writing her 1994 smash hit “All I Want for Christmas Is You,” admitting she wasn’t in the happiest place when she wrote the holiday song. Even though she was becoming one of the biggest stars on the planet, the New York native confesses she still felt lost.

“My relationship with Tommy Mottola, who would eventually become my first husband (and so much more) was already getting weird, and we weren’t even married yet,” Carey writes about that time in her life. “Many reasonable people questioned why I married Tommy. But none of them questioned the decision more than I did. I knew I would lose more power as a person, and I was already completely suffocating emotionally in the relationship.”

Carey later details her secret meetings with former New York Yankees athlete Derek Jeter and how their relationship was the catalyst for her to leave Mottola. She also mentions her 2001 movie Glitter “was a collision of bad luck, bad timing, and sabotage,” alleging much of what went wrong was due to her first divorce.

The record producer leaves no stone unturned in her memoir, opening up about her marriage to Nick Cannon, heartbreaking miscarriage, previous stint in rehab as well as other obstacles she faced in the limelight and behind closed doors.

Scroll down to see the biggest revelations from her book.

“For most of my childhood, I was caught between my brother’s fury and my mother’s sad searching,” Carey writes. The singer says her siblings resented her because she was a “golden child” with lighter hair and skin in an interracial family. “My father [Alfred Roy Carey] did not see it or support [my music], largely because he did not understand it. Music, as a career, was not logical to him,” she explains.

Carey also discusses the relationship she has with her mother, Patricia Carey, after countless trials and tribulations.

“Ours is a story of betrayal and beauty. Of love and abandonment. Of sacrifice and survival. I’ve emancipated myself from bondage several times, but there is a cloud of sadness that I suspect will always hang over me, not simply because of my mother but because of our complicated journey together,” the star writes.

Learning From Her Siblings

Carey opens up about how her sister, Allison Carey, got pregnant at 15. “I made the promise to myself that was not going to be me. My sense of self-worth, or rather, my sense of self-preservation was born at that bon voyage/bridal/baby shower. I vowed I was not going to be promiscuous ever. This promise to live a different life led me to become a very prudish person,” she shares.

“I was living my dream, but couldn’t leave my house. Lonely and trapped, I was held captive in that relationship,” Carey claims. “With all due respect, Tommy was just the bitter pill I needed to swallow at a pivotal period in my life. And there is a lot of respect due to him. With no parental or familial management or protection, I was easy to manipulate, but the dynamic of my relationship with Tommy was complex. In many ways, Tommy protected me from my dysfunctional family, but he went to the extreme: he controlled and patrolled me,” she alleges.

Carey says their marriage became an emotional rollercoaster, even with the help of therapy, but they tried to make it work for years before she came into contact with Jeter.

It wasn’t until she heard someone say Jeter had an Irish mother and a black father that she was intrigued by the athlete, because her parents have the same backgrounds.

After getting closer to the baseball player, she snuck into his apartment one night. “We leaned in, an inch at a time, and melted into a warm, slow, intoxicating kiss. I felt an invisible evil of sadness begin to slip off of me and melt into a puddle at our feet,” Carey writes. “The rendezvous with Derek was just the push I needed to cross over into the Promised Land. I had proof that I could have something beautiful on the other side of the hell that was my marriage.”

Carey and Mottola finalized their divorce in 1998.

“Much of what went wrong with [the movie] Glitter led back to Tommy,” she alleges in another chapter. “He was angry about the divorce and my departure from Sony, and he used all his power and connections to punish me.”

Around that time, Carey highlights that she had severe exhaustion from working so much that it led to bad press and emotional breakdowns. She discusses her following stint in rehab, writing, “The facility in Los Angeles turned out to be a hard-core detox and rehab center. The first thing that happened to me was they administered drugs—heavy, hard narcotics,” the songstress claims.

Carey was released from rehab on September 11, 2001. “So I was magically ‘good to go’ because terrorists had attacked America and a ‘cracked-up diva’ wasn’t interesting anymore? (HELLO?!!) But I didn’t ask questions,” she writes.

Carey says she didn’t know who the comedian was until 2002. “I missed out on so much as a teen, and Nick, who had a perpetual teen spirit, was charmingly refreshing. He also felt safe to me,” the performer reveals. “I sincerely thought I would never have kids. Our relationship changed that. We talked very seriously about having children,” she adds. “Having children became our reason. Our desire to have children became a force of nature and why we got married so quickly.”

The “When You Believe” songstress suffered a miscarriage at only 10 weeks pregnant before welcoming her twins. “I survived my miscarriage, but I will never forget it,” she shares.

Carey also details how tough her following pregnancy with twins Moroccan and Monroe was. “Growing two humans was rough on my body. I gained over a hundred pounds and got very ill. I developed poisonous edema—I was dangerously swollen full of toxic fluid. I also developed gestational diabetes. But the most damaging of all my afflictions was the loneliness,” she writes.

The End to Marriage No. 2

“Along with the double joy came double the responsibility. It was a lot of work, and a lot of having to be home and available. Making the necessary adult adjustments to being working parents in entertainment took its toll on our relationship, and the end of our marriage came fast, as it began,” she explains.

“Honestly, I think Nick and I could have worked it out between the two of us, but egos and emotions got inflamed (which can translate into many billable lawyer hours, and ultimately it did).”

Carey and Cannon divorced in 2016, but still have an amicable coparenting relationship.