Life imitating art or art imitating life? Lawson Bates and The Bachelor’s Heather Martin got cozy in his new music video, fueling rumors a romance is brewing between them. The Bringing Up Bates star shared a teaser clip for his track titled “Song for a Girl” on Wednesday, August 26.

“Are ya ready? 09 • 03 • 20 [heart emoji],” the singer captioned his latest post on Instagram. Lawson’s followers immediately started shipping the duo after seeing them cuddle and playfully flirt while they enjoyed the great outdoors together. 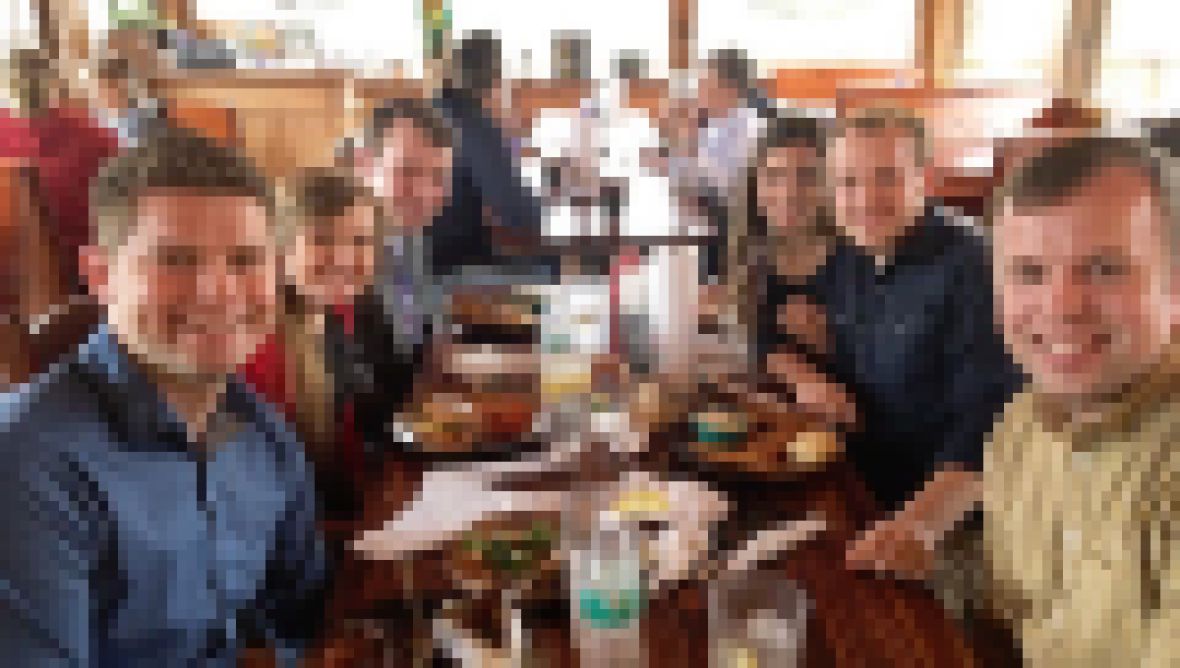 BFFs! Meet All of the Duggar Family Members' Favorite Friends

“Lawson this looks so cute,” one social media user replied. “Wow cannot wait!” another added, while a third questioned, “Is that a ‘friend’ or a girlfriend?” Many were eager to learn their status, now more than ever.

Last month, Lawson, 28, and Heather became a hot topic after they were spotted together days before his birthday. The ABC alum and her sister, Colie Martin, spent a weekend in Nashville, Tennessee, and hung out with the licensed pilot.

“Thanks for taking such good care of my girls. They had a blast,” the girls’ mother, Jan Martin, sweetly commented on Lawson’s photo shared on June 26. “Was so fun!” he replied. “I’m reading for my [surfing] lesson, though.” At the time, Jan also revealed Lawson and Heather, 24, were collaborating on a country music video together. Now, it won’t be much longer until fans get to watch it in its entirety.

Heather became a Bachelor nation fan-favorite after appearing on Colton Underwood’s season in 2019. She eliminated herself during a February episode and later revealed she hadn’t locked lips with anyone since kissing the athlete during an interview with Us Weekly that March.

More recently, Lawson ignited courtship rumors with Counting On star Jana Duggar by commenting on one of her Instagram posts. “Please form [a] single line,” she captioned a photo with an arrow pointing at herself and a megaphone emoji on August 12. “Post objective/ Instructions unclear: [Please] explain further,” he responded with crying laughing and heart emojis.

Are sparks flying with Heather? They appear to be in his music video, but time will tell!