The throwback snapshot, which Gwen originally posted with Gavin, 54, in September 2014, showed the former No Doubt singer rocking a crop top, jeans and a leopard-print belt with a large buckle. Her platinum blond hair was pulled half up and she was still rocking bangs. The new version of the picture had Blake, 44, posing in a suede blazer and cowboy hat with his old-school mullet.

Gwen used a pink heart emoji to caption the original photo with her ex-hubby nearly six years ago. The Bush musician was wearing a casual sweatshirt, jeans and a chain wallet.

That’s not to say fans minded the sly swap out. “Gavin is literally out the picture. Blake and you look adorable together,” one person commented. “OMG, yessss so good!” someone else added. A few followers said the picture was actually a fan edit that the “Rich Girl” singer simply got a kick out of.

The “Sweet Escape” artist and Gavin tied the knot in 2002 and have three kids together — Kingston, Zuma and Apollo. However, they announced their split in August 2015 and finalized their divorce the following year. The “Comedown” singer called their public uncoupling his “most embarrassing moment” during an interview with The Guardian in July 2020.

He added that the “most important” lesson he’s learned is “that life is just a series of chapters, and it’s essential to try not to bring older chapters into new chapters.” 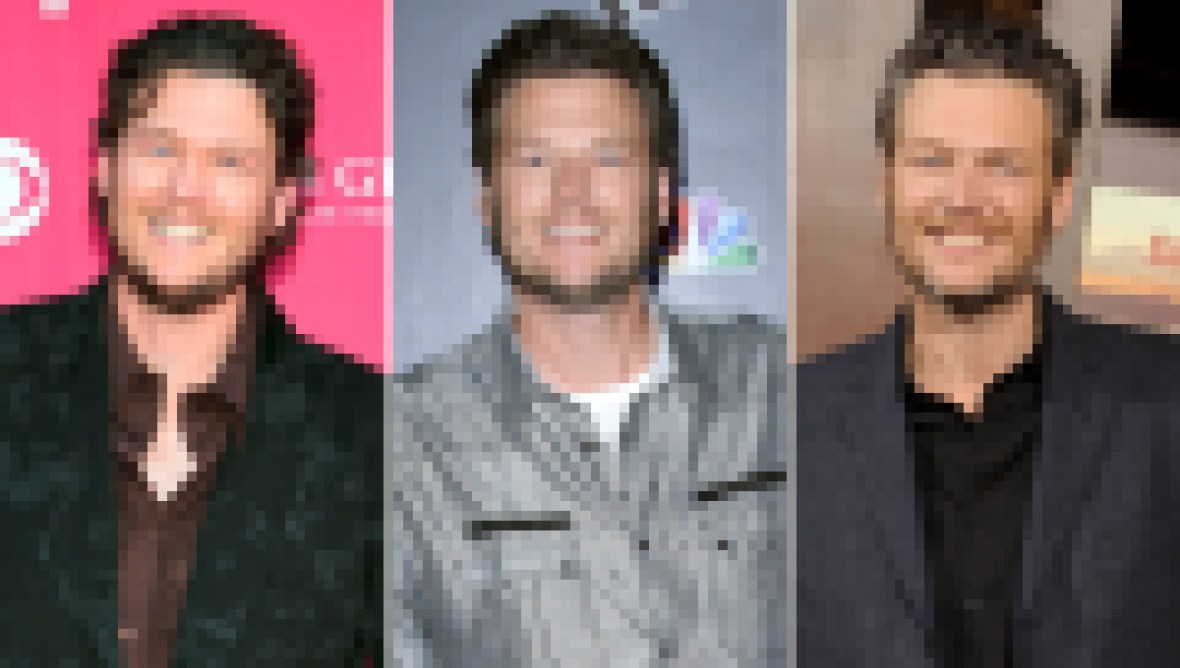 Blake Shelton's Transformation Will Have You're Jaw on the Floor, Y'all

Blake and Gwen started dating in November 2015 after meeting as judges on The Voice and have been happily together ever since. They flaunted their love during the 2020 ACM Awards by singing their duet “Happy Anywhere” at Bluebird Cafe in Nashville.

This year, the country crooner was nominated for four awards and took home the prize for Single of the Year for “God’s Country.”

“Holy cow, Single of the Year! This is a complete shock and an absolute honor,” Blake said as he accepted the award. “Thank you to my management and thank you to the fans and thank you Gwen Stefani for continuing to encourage me to keep doing this and keep trying and being my inspiration.”

One thing is for sure: Gwen is not looking back!