The bride isn’t the only one “shredding for the wedding” — Sammi “Sweetheart” Giancola‘s fiancé, Christian Biscardi, is also getting his workout in. On Thursday, February 13, he showed off his buff body on Instagram after hitting the gym, and we have no clue how he’s planning to fit those muscular arms into a suit jacket. Apparently, that problem occurred to the groom, too, because he’s been joking about the outfit alterations he’ll need to make.

“I should just cut the sleeves off of my tux for the wedding,” he teased his followers on the social media site after flexing for the camera. “The way that God intended.” The star’s followers were impressed — and all for supporting his suggestion. “Do it!” several encouraged. “Actually, you should cut the sleeves and be shirtless at the same time,” wrote another. A third simply wrote, “Duuuuude! Those arms!” 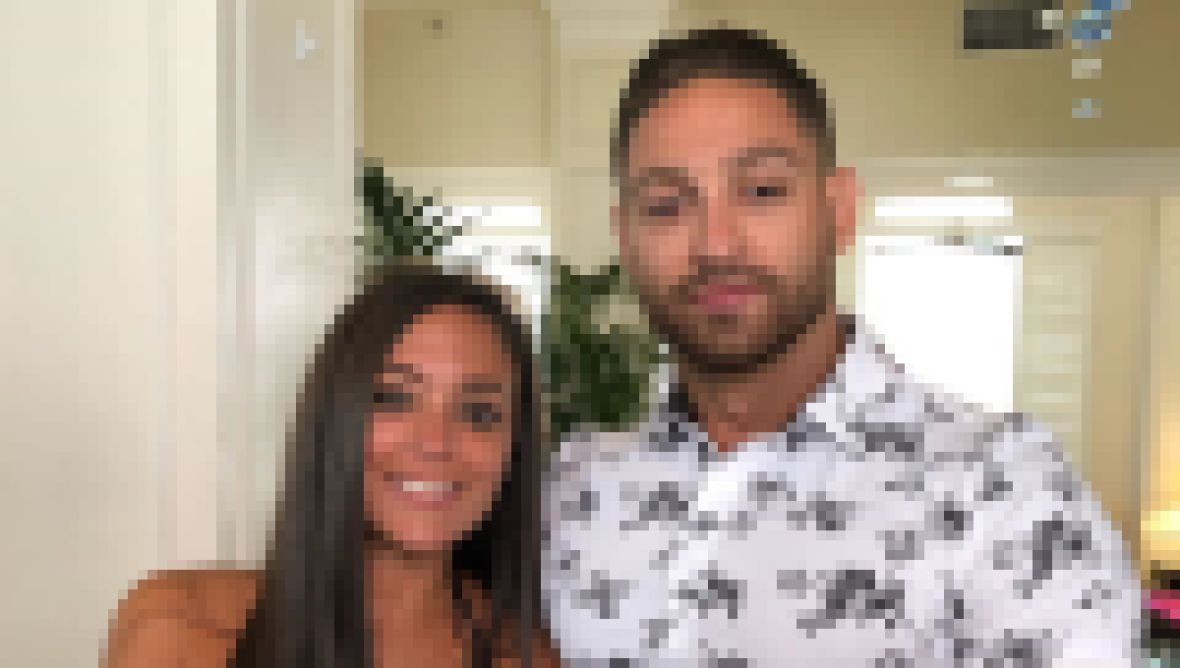 Recently, Sammi, 32, has also shown off her hard-earned gym bod. In a January 28 Instagram Story, she revealed in a sweaty selfie that she’d just run an impressive 4.5 miles. On February 11, she revealed that she’s “running these days away” as her wedding date creeps closer.

The Jersey Shore alum and her man have been sharing details about their big day on their new YouTube channel. The couple have posted vlogs teasing their bridesmaid dresses, groomsmen tuxes and the story behind her engagement ring. On Monday, January 27, the former MTV star even revealed that Christian, 30, is the one who designed the diamond jewelry.

“I’m someone who didn’t know anything about it,” Chris admitted in one of their videos. “It’s tough, you have to know what you are looking for. … I knew there was going to be a lot to it, I knew there was going to be some learning for sure.” Confessing that he felt “ready to have a heart attack” while taking on the project, he told his lady, “I wanted to obviously make sure I was getting you the one you would like.”

Ultimately, they settled on a stunning style, and Sammi hasn’t been shy about showing it off on her Insta account. Their fans have been just as impressed by his taste in bling as they are by his bulging biceps. “That ring is just … Gah. So beautiful,” one wrote with a heart-eye emoji. “Beautiful ring,” added another. “Congratulations to the both of you.”