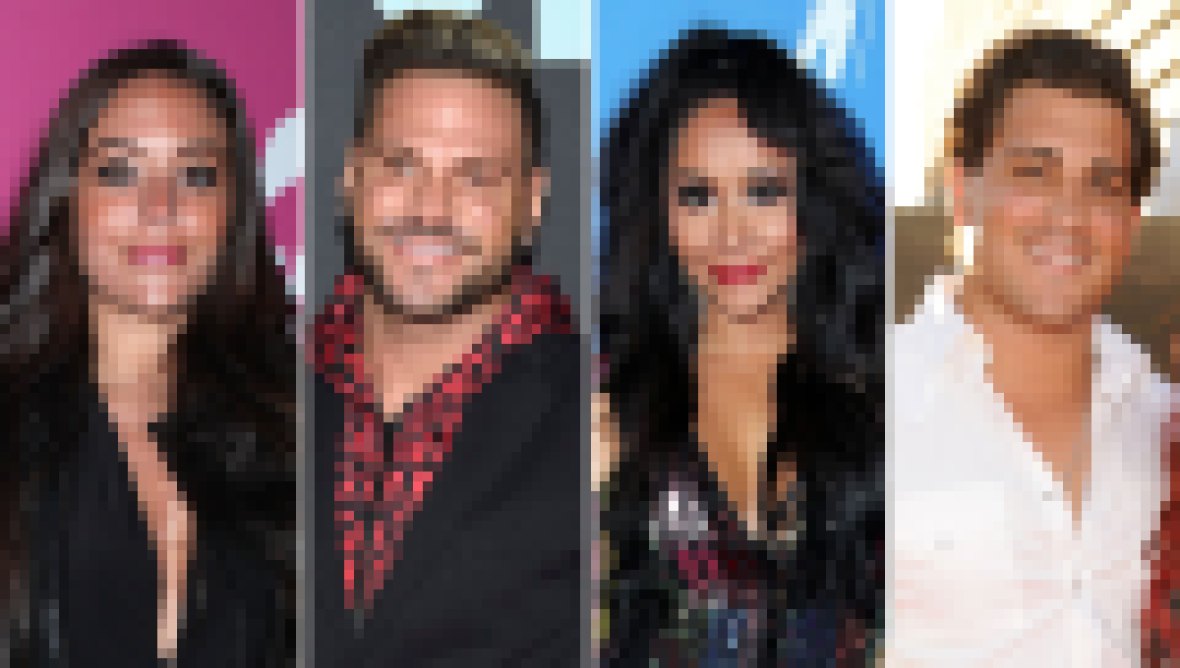 “I think she likes her better than me, which kind of weirds me out a little bit,” Ronnie, 34, quips about the 2-year-old ahead of the season 4 premiere of Jersey Shore Family Vacation on Tuesday, November 17. “But I think that’s also a great thing, you know, at the same time.”

Ronnie went Instagram official with Saffire on October 29 by posting photos from a swimsuit-clad vacation to Puerto Rico they took together. He has not revealed exactly how long they’ve been dating for but told a fan it had been “eight months” before turning off the comments on the post.

“Vinny has met her. They will all meet her,” says Ronnie. “It’s like a tradition. It’s like a rite of passage, you know? Whoever is in our lives has to get through, you know, all the roommates.”

The Famously Single alum gushes that things are “really good” and he’s “in the happiest place” he’s “ever been” in his life. “I feel like I’ve finally come to a place in my life where I’m happy and I’m content with everything that’s going on around me,” he explains. “I’m very blessed that I have my roommates. You know, we get another season of Jersey Shore. I have a beautiful girlfriend. My daughter’s healthy, she’s growing. I get to have a relationship with her.”

The Snooki & JWoww alum is having a blast with Ariana, who he shares with ex Jen Harley, as he conquers the challenges of parenting a toddler. “My biggest parenting fail right now is I can’t get the pacifier away from her,” the reality star explains. “She’s potty trained already, two and a half [years old] potty trained. You know, [she] tells me what to do, but I can’t get the pacifier away.”

These days, Ronnie notes he’s “focused” on “continuing to grow” for himself and “everyone around [him].”

Don’t miss the season 4 premiere of Jersey Shore Family Vacation on MTV, which begins on Thursday, November 19, at 8 p.m. EST/PST.