When Jessa Seewald (née Duggar) let her boys go bug hunting in the backyard, they rounded up some tasty treats — but not everyone was a fan of Spurgeon and Henry’s outdoor activity with dad Ben Seewald. The Counting On mama, 27, shared that the Seewald boys were playing Man vs. Wild after being inspired by the TV show, but some followers claimed the game was dangerous and warned her against eating “grub” found outside.

“Look up the story of one guy who ate a slug on a dare, got rat lungworm disease and died,” one fan urged. “Do not just eat snails and slugs you pick off of the ground!” A second chimed in, “Surprising that Ben would even ‘promote’ this with the boys! Likely not a good idea with little ones!” A third added, “People have been left brain-damaged eating snails and slugs that may have crawled through snail bait. Just picking one up and eating it is crazy to show two small children. So if he jumped off a cliff, that’s OK, too. Let’s go try [it], kids.”

Luckily, Ben, 25, and the kids weren’t actually eating insects and little creatures found out in the garden. Though they rounded up a couple of snails, the father of three claimed they didn’t have much meat on them and steered the boys in another direction. Instead, he planted some cocoa powder-covered candy worms in the grass so that they could chow down on their gummy grub without any problems.

Spurgeon, 4, was excited to give the snack a try once he realized they were just playing pretend, but little brother Henry, 3, still needed some convincing — even after the parents washed the cocoa powder off in the sink to show him it wasn’t a real worm. But some TLC experts were surprised to see Ben eating something off the ground at all. The star is a self-identified germaphobe, and he balked on the show when it came to double-dipping while eating fondue with his wife’s siblings and in-laws. 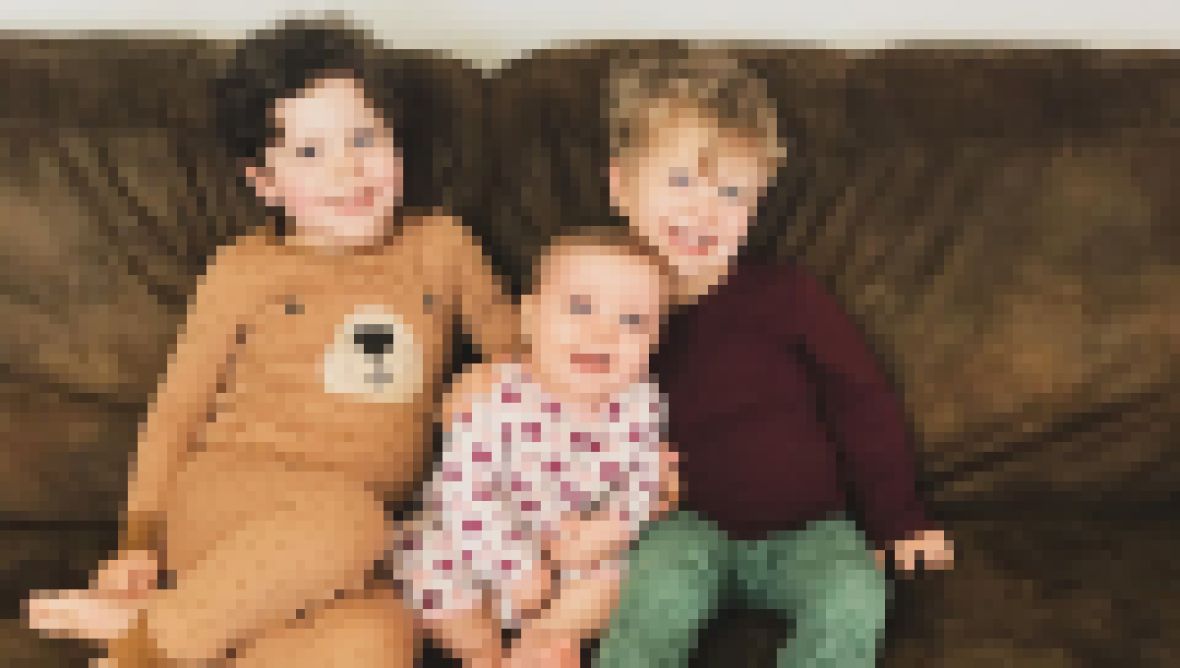 “I am SHOCKED that germaphobe Ben was okay with even the suggestion [of] eating raw bugs,” one fan wrote. “I have to laugh after seeing how paranoid Ben was about eating a watermelon from the grocery store floor, and now he’s eating grubs!”

It seems like the dad put any of his own concerns aside so he could create a fun memory with his sons. We love that!