MTV’s docuseries Catfish has no shortage of crazy characters and tragic stories, but when it comes to happy endings? Not so much. Many couples featured on the show usually end things as soon as they meet each other for the first time in-person.

However, there are a few couples who decided to stay together anyway long after their episode ended, prompting us to wonder if any of those success stories are still together today. After all, surely there must be one couple who managed to walk down the aisle, right?

Eh, maybe not. Season 1’s Derek and Lauren were the first Catfish couple to get engaged on the show, prompting host Nev Schulman and Max Joseph to brag on their Twitter accounts about the potential first Catfish wedding. 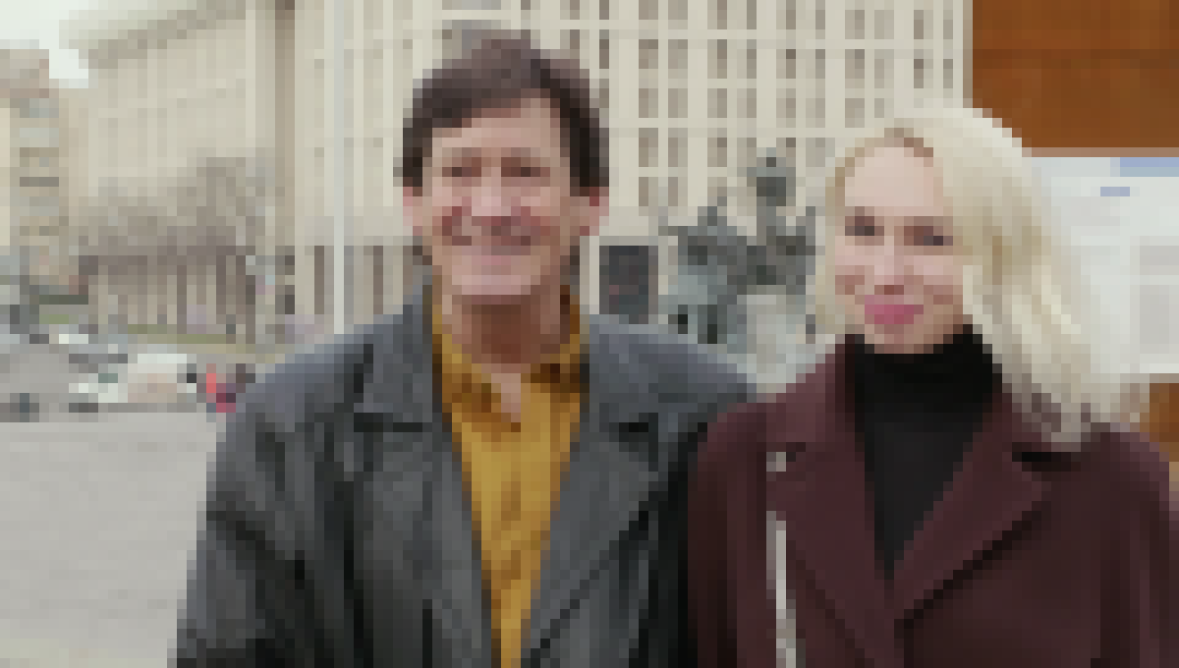 Unfortunately, Derek and Lauren never made it down the aisle, and in 2014, the couple announced their amicable split to disappointed fans.

But a lot has changed about the series since it first aired in 2014. After spending seven seasons together with Nev as the ultimate investigative duo, Max left the show to pursue his career as a filmmaker.

“Hey guys, the time has come, sadly, for me to move on from Catfish. Working on this show for the last seven years has been one of the most meaningful experiences of my life. I’ve learned a lot about myself, my country and human nature in general. Nev and I have become brothers and our bromance has blossomed before your eyes,” Max said in a statement in August 2018.

“For a while now I have been straddling two careers as TV host and filmmaker and, while this level of busy-ness is a dream come true, my life can no longer sustain it,” he continued. “With Catfish still going strong after 7 seasons, 115 episodes, 31 specials and showing no sign of slowing down, I feel it is finally the time for me to make my exit. Although I have a heavy heart, I am also excited for everything that’s to come for myself, for Nev, for our crew and for the show. Thank you for watching, thank you for the love and for the memes.”

Has It Really Been That Long? A Look Back at How the ‘Teen Mom’ Stars Have Transformed Over 10 Years

Nev continued to film the following episodes with celebrity guest hosts until they found Max’s permanent replacement, Kamie Crawford. The former Miss Teen USA 2010 made her official debut as a cohost on the show in 2020 for season 8.

In January 2019, Nev opened up about the things he misses most about working with Max. “I think probably his sense of humor. He always knew how to make a great, very biting joke or a perfect pun. And our shared love for Phil Collins,” he exclusively told In Touch. “And just to be able to, you know what it is? It’s a very similar catalog of references. I can reference things and Max will always know exactly what I’m talking about when sometimes no one else will.

Even though Max is no longer a part of the show, he will always be part of the show’s legacy of finding out the truth and bringing loved ones together — and there have been plenty of couples who managed to find love after the show. Check out the gallery below to see which couples are still together and which ones called it quits.

They were a Catfish first — not only did neither of them lie about their name or pics, but they also got engaged after the show’s taping! Unfortunately, they split in 2014. Today, Derek is now married to someone else and Lauren is keeping a low profile on social media.

When Kya first met “Alyx” on a vampire forum, they both catfished each other. However, after Kya came clean, she started to suspect that Alyx was lying about his identity, too.

When Catfish stepped in, it was revealed that Alyx was actually a transgender man named Dani. They decided to stay a couple anyway. “You’re still a man to me,” Kya said at the time.

Unfortunately, the couple split after the show’s taping. Today, Kya is happily engaged to someone else and Dani has finished his transition after having gender reassignment surgery. They don’t speak anymore or keep in touch.

Probably one of the most memorable Catfish episodes of all time, Justin and Artis had an explosive fight on the show when Artis found out the hot female model he'd been talking to was actually a dude named Justin.

Despite their blow up, surprisingly, according to Justin's Twitter, the two are now friends and even record YouTube videos together.

These two met online and soon hit it off. However, after Felicia stood Mike up when they were supposed to meet, Mike called the show to let Nev and Max sort things out.

Although Felicia was caught making various lies about her life, her name and pictures were real, which was all Mike really cared about anyway. The two decided to stay together, but a few months after the show’s taping, Felicia posted on Twitter, “People change unfortunately and sometimes you just have to cut your losses. He’ll always have a part of my heart.”

Today, Mike lives in New Jersey and Felicia is single.

Although they've been talking online for more than 10 years, Kim and Matt had never met in person. Once Catfish showed up, the two met and it was revealed that Matt had been genuine about his identity and was simply shy about meeting in person because of his weight. After the show, the two remained best friends. Unfortunately, it never bloomed into a romance.

Today, Kim and Matt are still friends and are both dating other people. Matt has also lost more than 300 pounds since the episode aired.

When Rico met Ja'mari, he was surprised to learn that Ja'mari's real name was James and that he lied about being a model and was actually a bus driver. In fact, James liked buses so much, he even had a criminal record for stealing one.

After the episode, the two made plans to stay in touch, but judging by both their social media, they don't appear to be together anymore. Rico is now an aspiring model and James hasn't updated his Twitter since 2015.

Leuh initially fell for Justin after meeting him on Instagram, but grew suspicious after two of their meet-up attempts failed. After meeting on Catfish, they decided to make their relationship work. Things looked promising until Leuh posted an update on Twitter.

"I've learned so much in this past year," she wrote, "but most importantly is that you cant turn an internet man slut into a boyfriend."

The two are still friends, however.

This couple pulled a Catfish first and were the first participants to actually catfish the entire show! Whitney initially told Nev and Max that she wasn’t sure if her online girlfriend, Bre, was the real deal. However, during their investigation, Nev and Max found out that the couple were simply faking for the show in order to score free plane tickets to see each other. Although Nev and Max were upset, it was one of the rare Catfish happy endings — or was it?

These days both Whitney and Bre have minimal social media presences, with Bre’s Twitter on lockdown. However, in 2016, Bre uploaded a cryptic 10-second video where she revealed that “talking about the show is hard” because of what’s going on in “each other life [sic],” hinting that maybe things didn’t work out between them.

As for Whitney, there are no social media accounts from her that we could find.

These two were the first "double catfish" featured on the show, both lying to each other about their names and pictures because they were ashamed of their weight. After meeting, the two hit it off and decided to stay together. Unfortunately, just one month after the episode aired, Mike passed away from a pulmonary embolism. At the time, Ashley said she and Mike were "very much in love."

Three years later, Ashley also passed away. A police spokesperson at the time said it "may be related to a drug overdose."