Congrats! Nicki Minaj gave birth to baby No. 1 with husband Kenneth Petty, Us Weekly confirmed on Thursday, October 1. The couple welcomed their first child one day prior on Wednesday, September 30. 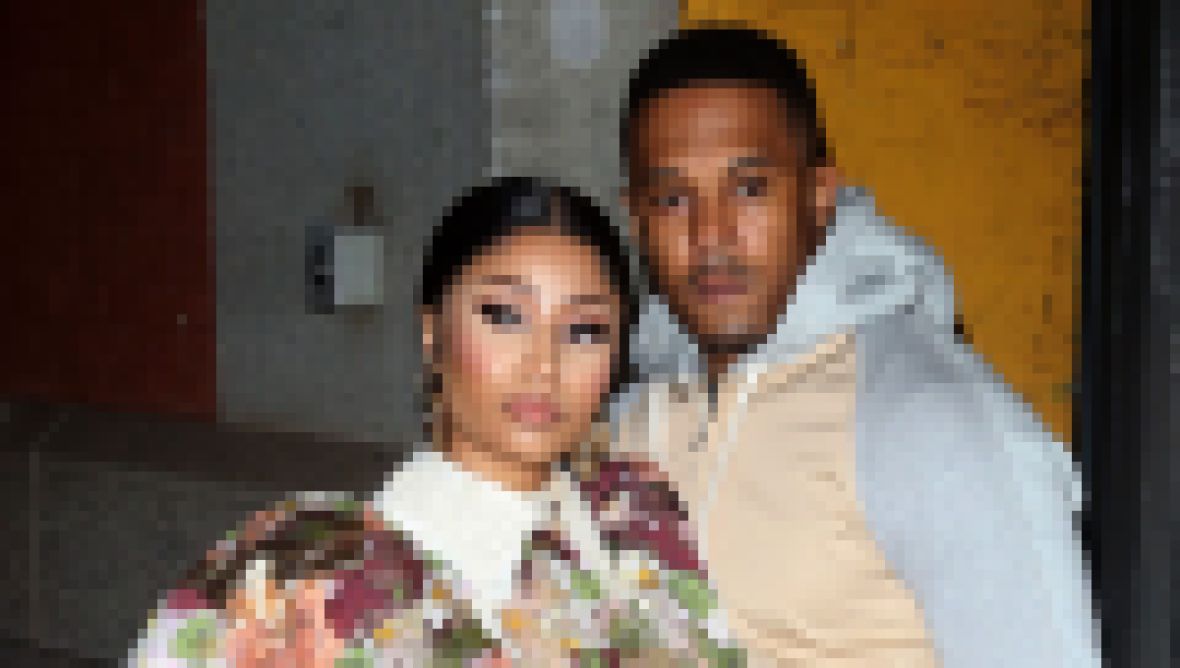 The “Super Bass” singer, 37, revealed she was pregnant with her and Kenneth’s first child via Instagram in July. She has since stayed hush-hush about the baby’s sex and due date, but fans noticed the “Starships” singer has been very quiet on social media since August.

Nicki was absolutely glowing in the little glimpses she gave into her life while she was expecting. “#Preggers,” she simply captioned her announcement on July 20 with a yellow heart emoji. The “Anaconda” artist wore a bright yellow curly-haired wig and a colorful bikini top with impossibly high platform shoes.

“Love. Marriage. Baby carriage. Overflowing with excitement [and] gratitude. Thank you all for the well-wishes,” she captioned a second photo from the colorful photo shoot that showed her lounging on a pink couch.

Nicki and Kenneth’s love story is a long one. They knew each other growing up in New York, and she even nodded to their history in the song “Zanies and Fools.”

“I met my husband when I was 17 out in Queens / If you love it, let it go, now I know what that means / While he was up North for a body / I bodied everybody and got known for my body,” she raps on the track.

“He’s known me since I was 14,” Nicki acknowledged on her Apple Beats1 talk show, “Queen Radio.” “There’s a different level of passion and friendship with him.”

Having a baby on the way didn’t stop the Grammy nominee from making music. She released “Move Ya Hips” with A$AP Ferg later that month. To promote the release of her new song, the songstress proudly put her growing bump on display in a blue bra and underwear while she sat on her bed and rapped the lyrics. She rocked a “strawberry shortcake” pink wig and a large, diamond-encrusted necklace that read “Queen.”

Nicki seemingly dropped a big hint about the sex of her first child in July. About a week after announcing her big baby news, she took to her Instagram Story to show off some adorable onesies gifted to the couple by a friend.

“Love you so much. Thank You,” the “Bang Bang” artist wrote on Instagram for Riccardo Tisci, the Chief Creative Officer at Burberry. The clip featured shots of two baby outfits from the iconic brand, which are both listed under the section for boys’ baby clothes on the Burberry website but not the girls’. It’s possible the CCO simply thought the items, which looked relatively unisex, could work for any stylish newborn.

We can’t wait for the new parents to release more details about their precious baby!