Ready for some sprucing up! From Not to Hot reality star June “Mama June” Shannon reveals why she underwent plastic surgery to “touch up” her look in an exclusive interview with In Touch.

“Just the fact of the matter is that we went through rehab and, you know, I gained a little bit of weight and we wanted to do something for ourselves,” the WE tv personality, 41, exclusively tells In Touch following her and boyfriend Geno Doak’s stint in a Florida-based facility for struggles with addiction.

“So, I ended up saying, ‘OK, I’m reaching out to [my manager] Gina Rodriguez and saying, ‘Hey, we want to do something.’ And she all hooked it up or whatever,” June adds. “Because I mean, you know, when you go to rehab and you’re in your addiction, you don’t care about what you look like or whatever. After my addiction, it was like a wake-up call kind of thing,” she explains.

To celebrate her accomplishment, the McIntyre, Georgia, native opted to get chin and neck liposuction done by Dr. Michael K. Obeng at a cost of $15,000, in addition to getting a new set of veneers so she could have a picture-perfect smile. June was beaming with confidence after Dr. Rashad Riman, Dr. Leedia Riman and the Beverly Hills Dental Lab finished her dental work.

“I broke my front tooth because I love chewing on ice, like real ice cubes. And that’s what broke my tooth off to begin with, and then my addiction, I didn’t give two s–ts about what I looked like,” the Toddlers and Tiaras alum confesses. “When I actually was at rehab, I kinda woke up and was like, ‘Oh my God, you need to get this fixed because it’s not a good look on me’ if that makes sense.” 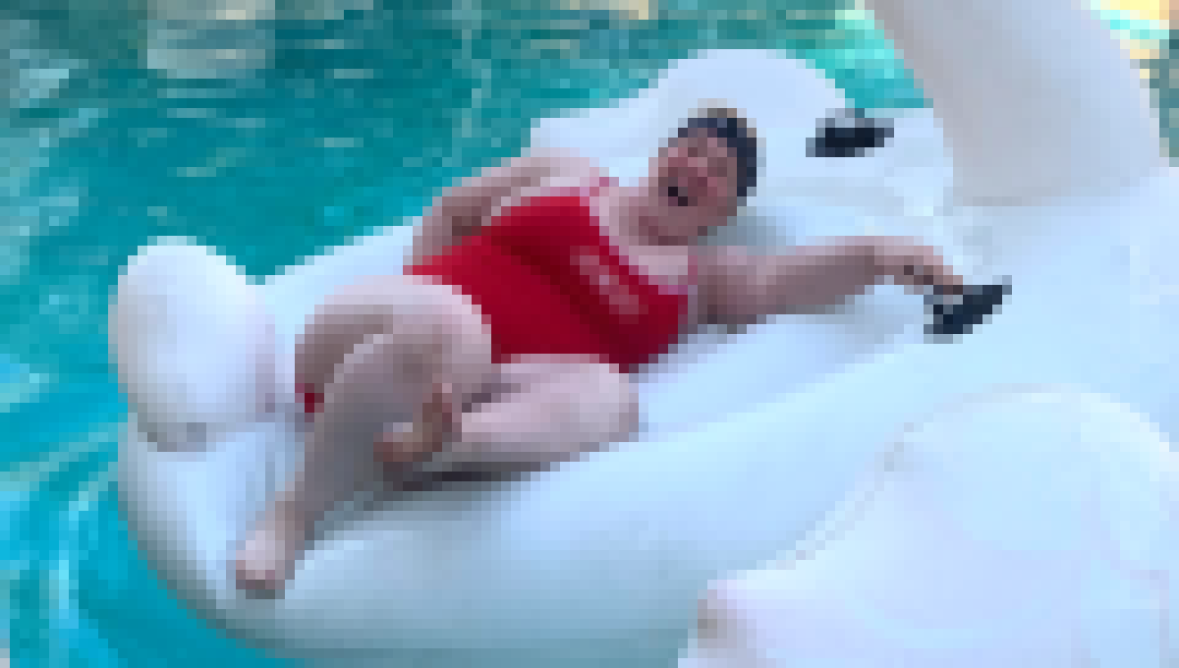 Living It Up! Mama June Hits the Pool in a Red Bathing Suit

June’s boyfriend, Geno, 45, got his own post-rehab makeover, undergoing a $31,000 gastric sleeve surgery performed by Dr. Samuel Kashani as well as a $20,000 lipoma removal on his neck and head done by Dr. Obeng. He followed suit by getting a new set of $40,000 veneers, fitted by the same dentists.

Now that she is healing, June tells In Touch she feels “really good” about her enhanced appearance. “I can be OK with doing Cameos for fans. I can be OK doing the things that I was doing before,” the former Here Comes Honey Boo Boo star says, revealing she is now more comfortable and confident doing appearances on social media.

Here’s to a fresh look and start before the year ends!