The details are fascinating. Episode 7 of the “Fatal Voyage: The Death of JFK Jr.” podcast uncovers more information about the kidnapping plot against John F. Kennedy Jr. just a few years before his death in a plane crash in 1999. Narrator Colin McLaren and investigative journalist James Robertson delve into files they have on the scheme and work with a Miami police officer to work out the mystery.

Among the files, McLaren finds a set of handwritten notes of the detective involved in the plot. He claims there are “so many references to Florida and to New York” in the kidnapping plot against the son of John F. Kennedy and then speaks with Barry Levine, who edited the National Enquirer and lived in New York at that time, about the drug culture in the city when JFK Jr. lived there.

“New York was going through one of the worst crime periods in its entire history,” Levine says. “In fact, in 1990, the city’s homicide rate peaked at 2,245 killings. The city lived in fear.” But in spite of all that, he notes, “John, for the most part, lived a pretty carefree life in Manhattan. New York was a place he loved, a place, in fact, that he felt extremely safe.”

That might have been a mistake. Levine notes that JFK Jr.’s wife, Carolyn Bessette, “was so fearful of him getting attacked, getting kidnapped,” and she may have had good instincts on that front.

“There were a lot of drugs coming into New York from the Colombian cartels,” Levine says. And that criminal industry may have almost led to JFK Jr.’s kidnapping in a ransom situation.

Reporter Leon Wagner, who has spent years covering the Kennedy family, says on the podcast, “The FBI at one point uncovered a plot to kidnap him and demand millions in ransom, and it was deadly serious, and they made arrests.” He claims the would-be kidnappers were planning to “grab” JFK Jr. on the street near his house before demanding “millions in ransom or they’d cut off his ear and mail it to [his mother] Jackie.”

McLaren and Robertson pored over documents and found a possible connection to a South American drug cartel. “So this whistleblower is offering to rat out a drug cartel operation operating out of Colombia, and also inform the FBI of a kidnapping plot,” Robertson says. “But they appear to be connected.”

The duo tracks down Detective Nelson Andreu, who was the main investigator on the kidnapping investigation. Now the Chief of Police with the West Miami police department, Andreu tells both McLaren and Robertson, “They were trying to figure out what was the best way to be able to get their hands on JFK Jr. … They were looking for somebody prominent, somebody that had political pull, somebody that was well connected in America … they also felt that he would be a relatively easy target for them to get their hands on.”

Andreu was also able to give the two of them the name of the informer who wanted to thwart the plot against JFK Jr. — a man named either Crosby or Cosby. Reporter Andy Tillett investigated and says the man was “either called Charles Crosby, or Charles Cosby, depending on who you talk to.” He was a mid-level street drug dealer in California who became connected to a powerful Colombian queenpin named Griselda Blanco — also known as “the Godmother of Cocaine.”

“I believe she’s the one who came up with the plot to kidnap JFK Jr.,” Tillett says. Levine agrees and says Blanco “planned to snatch JFK Jr. off the streets of New York” as he rode his bike, and says she was the head of one of Colombia’s all-female crime rings.

“He was then going to be heavily drugged and smuggled out of the U.S. on a banana boat,” Levine claims. But the plan came with a caveat — it had to happen without harm coming to JFK Jr. 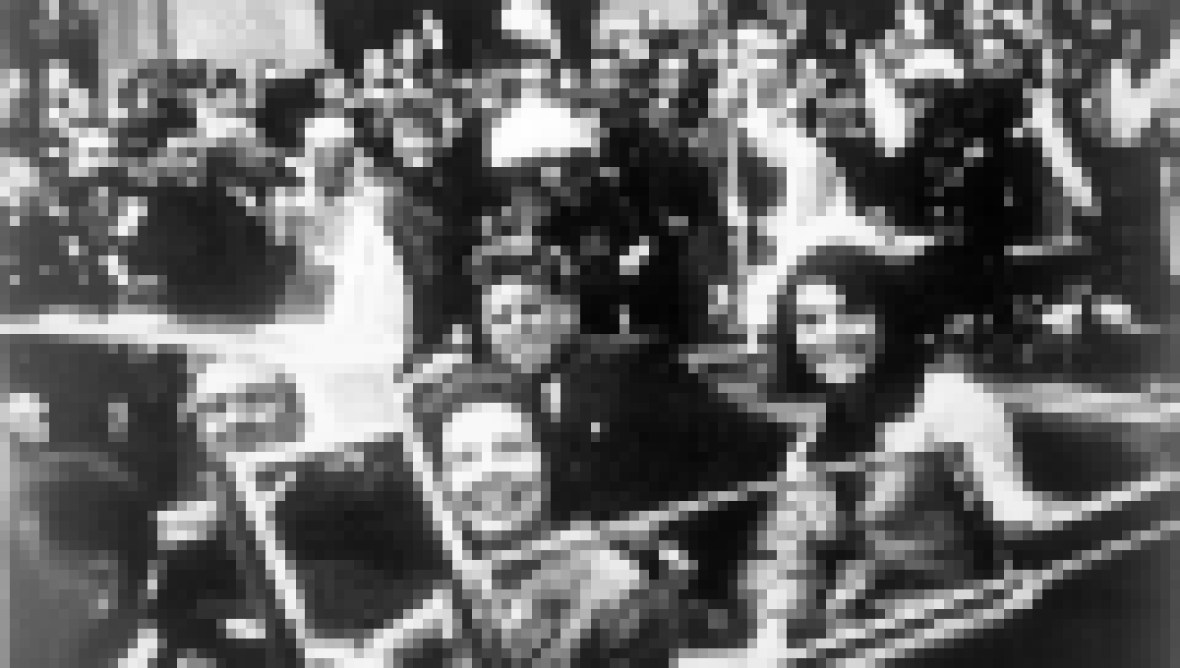 9 Horrific Tragedies That Seemingly Prove the Kennedy Curse Is Real

Levine says the plan fell through at the last minute because Blanco’s advisors believed kidnapping JFK Jr. would result in “a massive military response from Colombian armed forces” and had the potential to expose their entire drug operation.

Blanco and Cosby had a relationship, according to Tillett. Andreu agrees they became lovers and says Blanco came up with the plan to ransom JFK Jr. in an attempt to get out of prison after she was arrested in 1985.

“They really had no intention of doing a swap,” Andrea says of Blanco and her co-conspirators. “They were probably going to kidnap him and kill him, and then see if she was able to get away … there was talk of both, of actually doing the switch or killing him, burying him, and then pretending that they were going to release him and never would.”

But why would Cosby give up the woman he supposedly loved? Questions still remain, but listeners can tune in for new episodes of “Fatal Voyage: The Death of JFK Jr.” every Wednesday to follow McLaren and Robertson’s investigation.