Heating up! Rihanna and her boyfriend, Hassan Jameel, were first spotted canoodling in Spain in 2017. Since then, the pair have been in a serious relationship. However, the 31-year-old is super private about her man, and they are rarely seen in public together. In February 2019, the duo made an appearance at a Los Angeles Lakers game at the Staples Center, where they looked like they were having a blast while they watched from the sidelines. 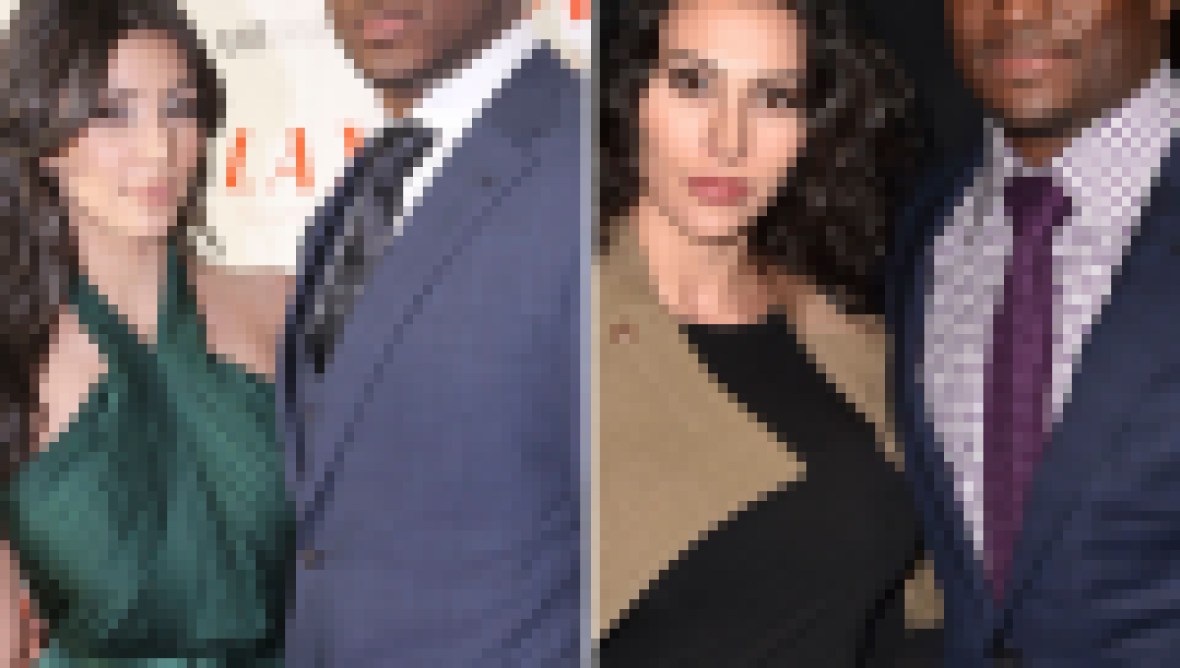 Over the summer, the “Love on the Brain” crooner and the handsome hunk went to Italy where they enjoyed a romantic vacation. The brunette beauty opened up for the first time about her beau in June. “I got into a new relationship, and it matters to me,” she told Interview magazine. “It was like, ‘I need to make time for this.’ Just like I nurture my business, I need to nurture this as well. I’ll shut things down for two days, three days at a time. On my calendar, we now have the infamous ‘P,’ which means personal days. This is a new thing.”

Clearly, if the makeup mogul is able to rearrange her schedule for her man, then things are going well. So much so, Rihanna’s mom, Monica Braithwaite, and one of her brothers grabbed a bite to eat with Hassan at the new Mason restaurant in Santa Monica in August. Rihanna’s brood appeared to be in good spirits as they noshed on seafood and steak at the hotspot.

Later on, the Grammy winner couldn’t help but gush over Hassan. “Yeah, I’m dating,” she told Vogue magazine in an interview published on October 9. “I’m actually in an exclusive relationship for quite some time, and it’s going really well, so I’m happy.”

However, Ri didn’t want to discuss too many details about her romance, but she revealed she “without a doubt” wants children one day. But Rihanna made it clear that she’s is taking her time when it comes to planning her next steps in life. “I don’t think about stuff like that but God’s plan, but I look forward to all of the pregnancy rumors after this interview,” she said in Vogue’s Go Ask Anna video.

Maybe big things are coming soon, though? “I know for a fact that she would love to be a mom,” a source told Life & Style. “She can’t wait to have kids. In fact, she wants a daughter first. Maybe 2020 will be her year, but her boyfriend, Hassan, definitely wants to be married first.”

As long as RiRi is happy, then that’s all that matters! Find out more fast facts about Hassan below.

His Family Is the Main Toyota Distributor in Saudi Arabia

Hassan is the Deputy President and Vice Chairman of Abdul Latif Jameel, which owns Toyota distribution rights in Saudi Arabia, and his fortune is estimated to be approximately $1.5 billion. Hassan’s family has the exclusive rights to sell Toyota cars in Saudi Arabia and other Middle Eastern countries. In 2016, his family was ranked 12th richest Arab family, according to Forbes.

The businessman got a Bachelor of Arts in International Economics from Sophia University in Tokyo and also has an MBA from the London Business School. He is apparently fluent in Arabic, English and Japanese, no big deal.

In 2016, Hassan was seen with the 49-year-old in London. Years later, fans pointed out that Naomi Campbell and Rihanna unfollowed each other on Instagram. “Everything’s fine, of course it’s fine,” she told Andy Cohen during an appearance on Watch What Happens Live With Andy Cohen in 2017. “I’m an actress now, Andy.”

Naomi continued to explain that she has nothing but love for Rihanna. “I don’t have beef, especially with black women that I think are powerful. We’re out there doing the same thing and doing the same struggle,” she said.

He Owns a Soccer League

Hassan’s company owns a soccer league — not team — and sponsors a soccer league in Saudi Arabia called the Jameel League. “Abdul Latif Jameel is proud to be the title sponsor of the Saudi Football League, the #JameelLeague, the most popular league in the Arab world,” they captioned a photo on Instagram. “And we continue to find new ways to leverage the partnership for the benefit of both its business and wider Saudi society. From job creation programs that invest in Saudi’s young population through to initiatives that involve underprivileged children, the Jameel League is a way of giving back to society in #SaudiArabia.”

He Likes to Give Back

Hassan is president of Abdul Latif Jameel Co.’s Community Jameel Saudi Arabia ever since the “social enterprise organization” was “formally established in 2003,” the website reads. “Community Jameel is dedicated to social and economic sustainability in the Middle East and beyond through a wide range of initiatives, including job creation, arts and culture, global development, education and health and society,” the message states.

No wonder Rihanna is with Hassan — he seems like a dream guy!

Drake Is on His Worst Behavior, Rihanna Allegedly Says He Needs to "Grow Up!"