Better late than never, right? Travis Scott gave Kylie Jenner the sweetest shout-out for her 23rd birthday in the wee hours of the morning on Tuesday, August 11.

While the longtime Keeping Up With the Kardashians star officially turned another year older on Monday, August 10, Travis’ post certainly was cute! The “Goosebumps” rapper, 28, shared three candid photos of Kylie with the pair’s daughter, Stormi Webster, and captioned each picture with a series of cake emojis.

Since taking a break from their romantic relationship in October 2019, Travis and Kylie’s status as a couple has been difficult to ~keep up~ with. That said, in recent months, the former flames appear to be rekindling things.

In June, the cosmetics mogul and “Sicko Mode” artist were spotted out and about in Los Angeles for the first time following the coronavirus quarantine. Later, in July, Kylie and Travis went on a weekend getaway to Montecito, California. They “shared a hotel room” and “looked like a couple,” an eyewitness told In Touch at the time.

“I saw Travis and Kylie at the Rosewood Miramar Beach hotel on Friday. They left on Saturday,” the onlooker added. “They were in the hotel room the whole time. The nanny and the bodyguard brought Stormi out to the beach, but apart from that they never left the room.” 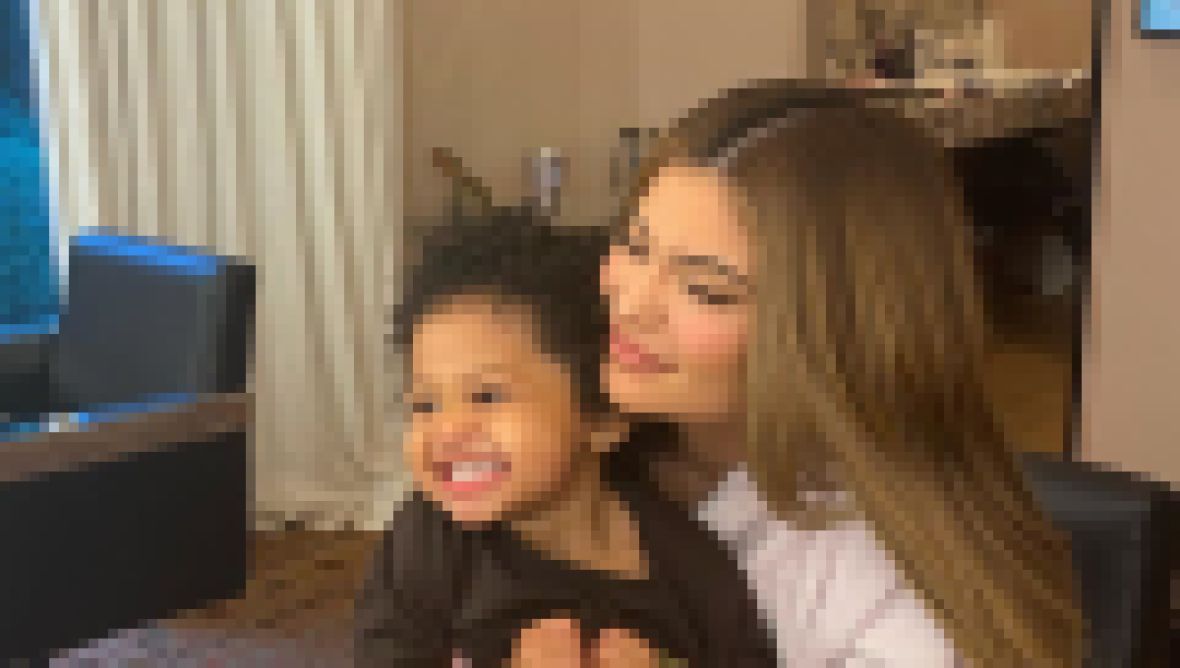 Stormi Webster's Cutest and Most Talkative Moments Will Melt Your Heart

No matter what happens between Kylie and Travis, it’s clear their toddler will always come first. “Kylie and Travis are in the process of getting back together,” a source previously told Life & Style. “They’re just being careful because they have to think about Stormi. They don’t want to get back together and then break up, so instead, they’re taking it slow and trying to work out their differences.”

According to a separate Life & Style insider, Kylie and Travis coparent “really well” together. Additionally, the Kylie Skin founder “says Travis is a great dad, and she wants him in Stormi’s life no matter what. Obviously, she’s their number one priority.”

What a lucky little girl!