From whirlwind romances to brief flings, Rob Kardashian has quite an impressive dating history. While the Keeping Up With the Kardashians alum has been in some high profile relationships, some of his public romances have stood out more than others.

Of course, fans could never forget Rob’s tumultuous romance with his ex-fiancée, Blac Chyna. The two were hot and heavy after linking up in January 2016. By April of that year, they were engaged and announced they were expecting their first baby together one month later. 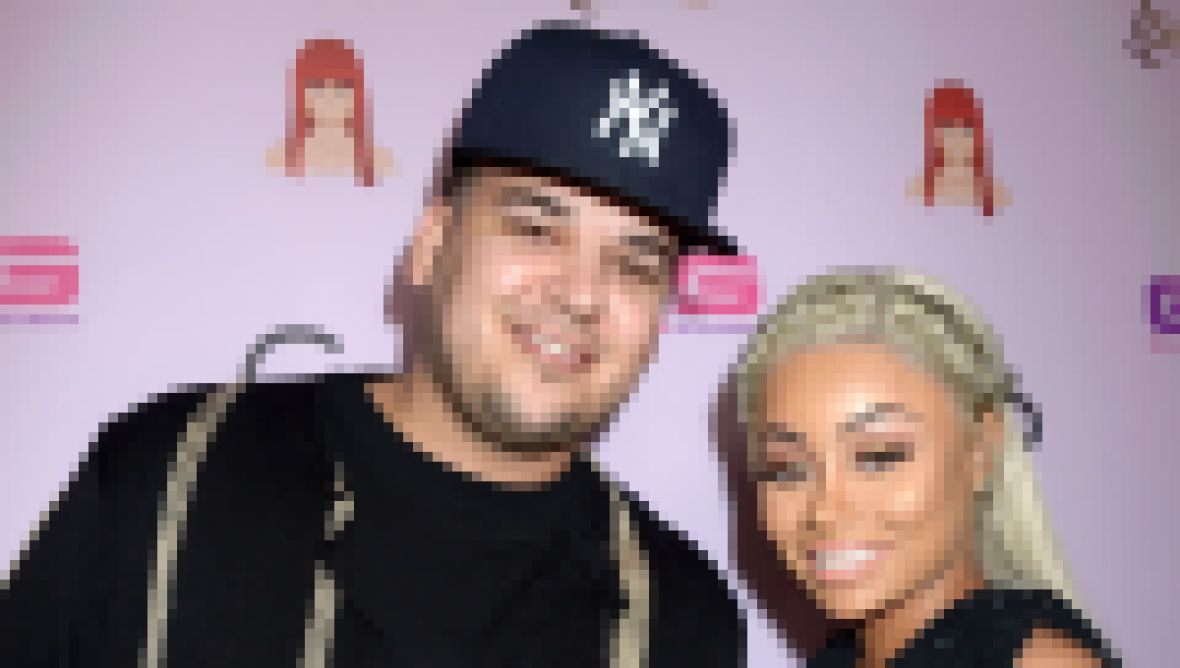 So Much Drama! Blac Chyna and Rob Kardashian's Relationship Timeline

After welcoming their daughter, Dream Kardashian, in November 2016, Rob revealed Chyna had left him the following month on Snapchat. Just a few days later, the pair was back on.

The coparents officially sparked breakup rumors in February 2017. “Rob thinks it’s the right decision,” an insider told Us Weekly one month after they shared their one-year anniversary. “Chyna has disappeared for days at a time without communicating or providing any updates. This won’t end well.”

In July 2017, the entrepreneur put Chyna on blast for allegedly cheating on him. Although she didn’t deny the allegations, she accused Rob of being physically abusive in response. After Rob posted explicit photos of the mother of his child, there was no going back. Since then, the two have been in a bitter custody battle.

They agreed to split joint custody of their daughter in September 2017. The exes seemed to be coparenting well until Rob went back to court because he could no longer afford to pay child support.

Hot Take: Dream Is the Cutest Kardashian Kid, and We All Know It

Their relationship went back to being civil until Chyna’s attorney, Lynne Ciani, claimed Rob was trying to take Dream away from her mom after alleging she was a “danger” to the toddler. “Chyna will vigorously contest this latest, despicable attempt to take away her daughter in a court of law — where she will keep prevailing against her ex-fiancé Rob and the other malicious and vindictive members of his family (namely, Kris Jenner, Kim Kardashian, Khloé Kardashian and Kylie Jenner),” the lawyer said in a statement to In Touch.

Additionally, Chyna worried for her daughter’s safety after she suffered a second-degree burn while in Rob’s care. Rob’s lawyer Marty Singer said, “the health, safety and well-being of Dream is and has always been Rob’s top priority,” adding, “Following an investigation by the DCFS and the police in which Rob fully cooperated, he has every reason to believe that there will be no findings of any safety issues in his home.”

Rob’s relationship with Chyna is clearly a rollercoaster, to say the least! Scroll below to see who else Rob has dated.

Rob’s relationship with Adrienne was his first public romance and perhaps his first true love. The couple was featured on the early days of Keeping Up With the Kardashians. Although they were hot and heavy from 2007 to 2009, they broke up after Rob admitted he cheated on the Cheetah Girl.

Although Rob and Rita only dated for two months in 2012, their relationship left a lasting impact on the sock designer. At the time, Rob accused the songstress of cheating on him and slammed her on Twitter. Fans of KUWTK saw how their split was one of the many things that contributed to his struggles with mental health. She refused to comment on their relationship in interviews since their split.

Rob and Rihanna were briefly an item in August 2012. Although their relationship quickly fizzled, they were spotted going on several fun dates together.

The British singer and the Kardashian heir began dating in March 2013 after being introduced through mutual friends. They were seen on dates in both the U.K. and the U.S.

Although Rob and Chyna’s relationship turned toxic, Chyna started out as a good influence on the reclusive star. She encouraged him to step out of his shell and start prioritizing his health.

Following the reality star’s split from Chyna, he moved on to the Bad Girls Club alum in May 2017, Us Weekly confirmed at the time. While they didn’t last long, the relationship assured him he and Chyna “are not a match.”

Rob and the Love & Hip Hop alum sparked dating rumors after he called her his “Woman Crush Wednesday” on Twitter in January 2019. Shortly after Rob’s display of affection, Alexis posted a photo having dinner in Kris’s kitchen. She admitted she “loves” Rob in a heated Twitter exchange with Kid Buu, who was dating Chyna at the time. The pair’s romance seemingly fizzled out.

Rob started to flirt with Natti Natasha on social media in June 2019. The two continued to spark relationship rumors into the fall of that year.

The Basketball Wives alum and Rob had been flirting with each other for a while. Although she exclusively told In Touch she sees Rob as “more of a friend” in June 2019, she gushed over the reality star a year later.

On August 3, 2020, Instagram model Aileen Gisselle was spotted out to dinner with Rob, shortly after the reality star showed off his incredible weight loss transformation.
The brunette babe posted a video of the dad of one smiling while out to eat. She put hearts around his face and later showed a clip wearing his brand, Arthur George. “My boyfriend,” the socks read. In a separate Instagram Story, Aileen shared the cryptic message, “Ready to be a good woman to one man for the rest of my life.”

That said, the Kar-Jenners — especially mom Kris Jenner — aren’t convinced their love is legitimate. “His protective mom and sisters are cautious, so they’re making sure that Aileen is the right girl for their brother. The last thing they want is someone who’s looking to use Rob for fame.” They added that Rob is “always getting DMs from women,” but because Aileen “posted about their date,” the family “wants to know her motives.”

Despite their concerns, he’s “really into” her, a separate insider shared. Time will tell what the future holds for this pair!