When Christmas cheer meets Halloween horror. Rob Kardashian took to Twitter to share a picture of his beautifully decorated Christmas tree with a dark twist. The 32-year-old responded to a fan who picked up on his vibe.

“Looks like that blood from the elevator in The Shining came to life and posed for your Christmas card,” director Nick Acosta wrote, replying to his tweet on Friday, December 6. “I’m dead 😂😂😂 that was my vibe low-key,” Rob responded.

From Mason to True: The Cutest Kardashian/Jenner Kid Moments

“This is so beautiful, compared to Kim’s tampons and butt plug decorations … ,” one user replied. “Look at Rob out-decorating the [hot] mess Kim just tried to tell us [were] Christmas decorations, though it looked more like going out of business J.C. Penney Christmas decorations. [You] go Rob!!!” another said, while a third echoed, “Way better than Kim’s craziness! Dream will love it.”

Rob has been pretty MIA for a while but recently he resurfaced for Kendall Jenner’s birthday party. It seems like the Arthur George sock designer is easing his way back into the spotlight as he progresses on his weight loss journey. “Rob still has a way to go. He still prefers to wear black and stay out of the limelight, but his mom and sisters, especially Kim, fully support his progress now,” a source told In Touch exclusively. 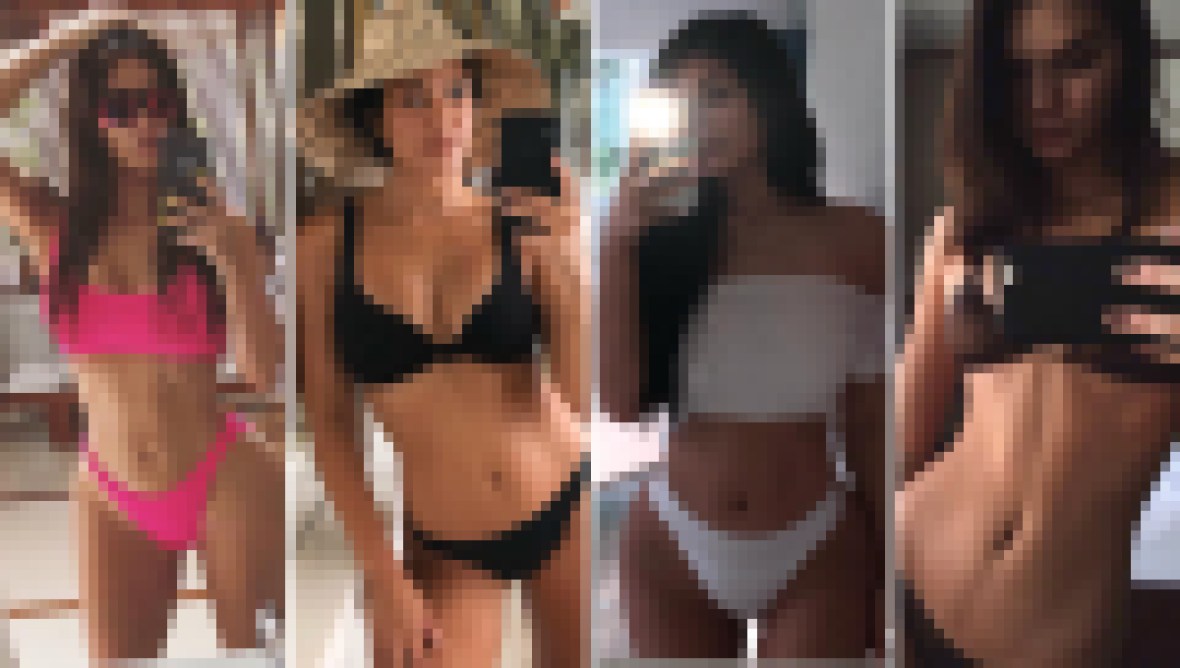 ~Kurves for Days!~ All of the Kardashian Women's Bikini Bodies Will Give You Serious Fitspo

“It’s still an uphill battle, but Rob is determined to show all the haters that he’s not down for the count,” the insider added. “He promises that he’ll be back in front of the cameras, but only when he’s good and ready.” Great news for Kardashian die-hards!

While Rob is on a mission to get back to his old self, we love to see him coming out of his shell and interacting with fans. We hope to see him attending more family events and a return to their hit show. You go, Rob!