Relationship goals x 1,000,000! Little People, Big World stars Zach and Tori Roloff are clearly in it for the long haul.

The pair have been together since 2010 after meeting on his family’s farm. “We were both too shy to really approach one another, but we had both told a fellow coworker we thought the other was cute!” Tori previously told The Knot. Once Zach finally got the courage to ask Tori out, they have been inseparable ever since. 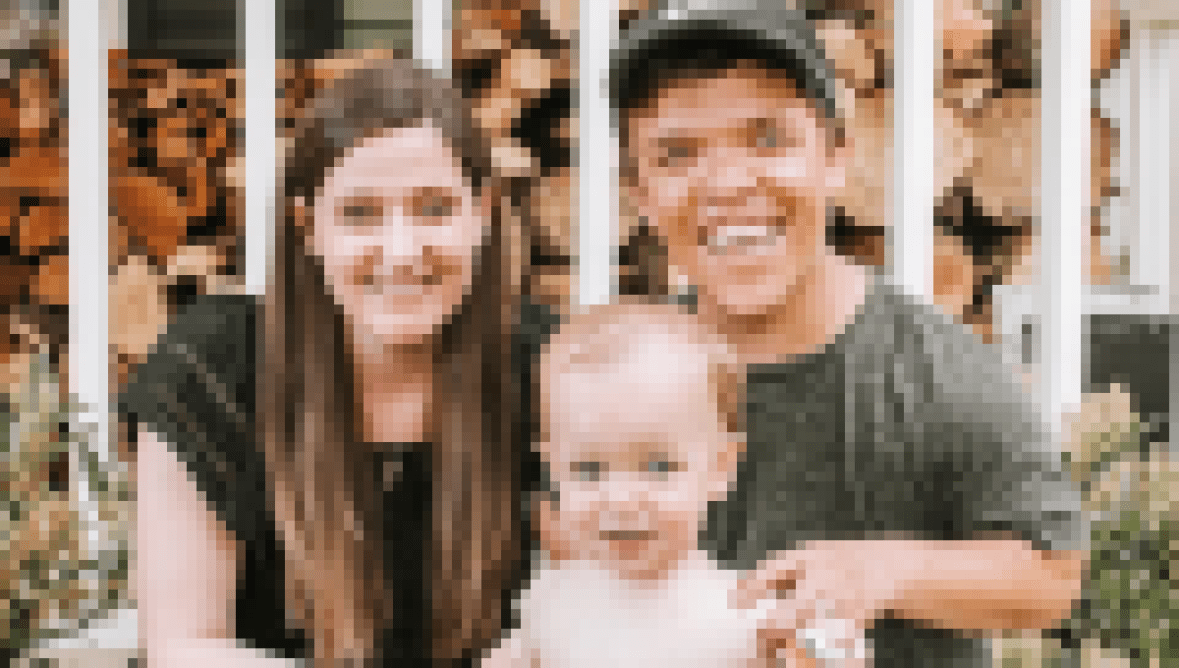 Little Roloff, Big World: See All the Photos of Jackson

After four years of dating, Zach asked Tori for her hand in marriage in April 2014. They later tied the knot in July 2015 in front of 200 guests. Since saying “I do,” the happy couple welcomed their son, Jackson, in January 2017. Almost two years after, they added their daughter, Lilah, into the mix in November 2019.

With nearly a decade of romance and two kids later, Tori and Zach are still so in love. The pair celebrate their fifth wedding anniversary on in July 2020 and the proud mom couldn’t help but gush over her hubby. “5 years ago, I made the easiest decision of my life. To marry Zach. I have learned more in the past 5 years than I feel like I have in my last 29,” Tori wrote on Instagram. “I am so thankful for Zach’s guiding heart and his patience for me and our kids. He is the best leader for our family and he makes us all better every single day. There’s no one else that makes me laugh harder or smile bigger. I love you so much babe uh. Let’s keep this thing rolling. Happy anniversary!” 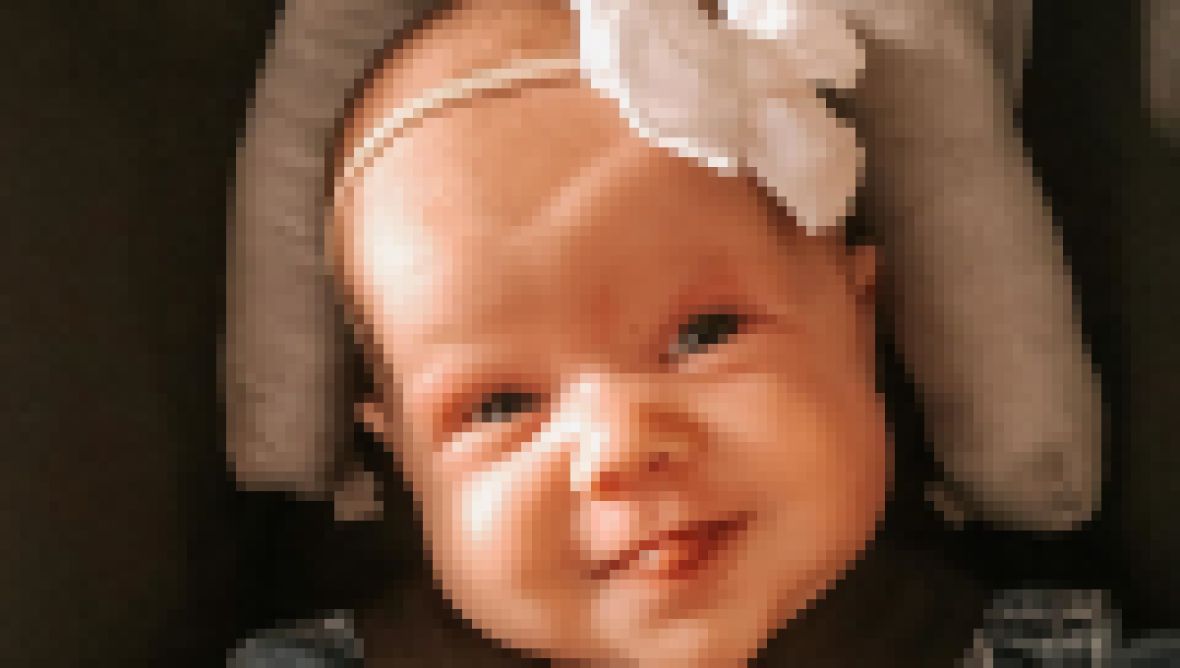 For Zach’s part, he is clearly still smitten with his lady love. “Happy 5th wedding anniversary, Tori! Our story is my favorite of all time. Love you!” he wrote on a series of throwback photos with his beloved. With two babies, Zach and Tori are happier than ever.

Keep scrolling to learn more about the Little People, Big World couple —  like where they met and how Zach popped the question. Plus, take a peek at their very first Instagram picture together.

Tori snapped this adorable selfie and posted it to her Instagram account in January 2012, though they began dating in 2010. “I met Zach when I was working on his family farm in Oregon,” Tori said on The Knot’s “How They Asked.” “We were both too shy to really approach one another, but we had both told a fellow coworker we thought the other was cute!” BRB, crying.

She continued, “This coworker of ours was so insistent that Zach talk to me, but he was too nervous so nothing really came about. However, about three or four months later, Zach finally got the courage to call me. We went out to a movie, and have been seeing each other ever since.”

Tori posted a photo of the couple’s new furry friend — Inspector Sullivan, a.k.a. Sully — on Instagram in March 2014. Unfortunately, the pup has since passed away. He succumbed to cancer at a very young age and died only days after his diagnosis.

In April 2014, Zach got down on one knee and proposed to his beautiful bride-to-be at their favorite spot on the Roloff family farm. “It happened after a long day of work. It was my turn to drive out to the farm, but of course, I was being difficult and wanted to stay home to just chill but Zach was insistent that I come. So I got dressed and headed out the door,” she remembered.

“As we approached the fire pit, I realized something was different. Zach kept telling me that Jeremy really wanted to move the campsite across the road because the view was better and he wanted my opinion. When I got there I realized it was super weird that Jer would put a platform and perfectly placed firewood all around just to get a ‘feel’ for the new camp spot. He would have just done it. It was at that moment that Zach stepped up on the platform and asked me to join. He got down on one knee and asked me to be his wife.” Aww.

He Put a Ring on It.

The duo said “I do” in July 2015 at the family farm in front of nearly 200 guests. “The best part? I get to spend the rest of my life calling this man my husband,” she wrote on Instagram at the time.

Zach and Tori took a minute to snap a photo before getting on their cruise to the most magical place on Earth for their honeymoon. “Off to the land of honey and moons with my husband!!!!” Tor wrote at the time. “Thank you all for the love and support the last few days. Can’t wait to share pictures! #storyofzachandtori #disneymoon.”

In November 2016 — just over a year after the pair got hitched — Zach and Tori announced they were expecting a bundle of joy in May 2017. “Guess what … 💗💙 Zach and I are SO excited to FINALLY tell you guys the news! Thank you so much already for the love and support we have received! This is going to be one fun adventure!” Of course, we now know that “fun adventure” turned out to be baby Jackson, and we can’t picture our Insta feeds without him!

Zach and Tori are officially parents! Son Jackson Kyle was born on May 12, 2017. At the time, Tori gushed, “My heart is so unbearably full. I’ve only spent four days with this little guy and I have fallen in love completely with him. This is what I was meant to do. Mommy loves you, Jackson!”

In July 2018, the cute couple announced they got a puppy named Murphy, following Sully’s death. It initially sounded like a birth announcement, though, which tricked some fans! “Guess what?!?! World: Meet Murphy! We are so excited to bring this friend home,” the Insta album read. “Our world just got a little crazier. #murphmonster.”

Fans were overjoyed when the brunette beauty announced on Instagram that she and her man were going to be parents — again! “Wahoooooo CANT WAIT FOR THE GIRLSIES TO HANGGGGG 😍😍😍😍😍 I’m so happy for you Tori!” sister-in-law Audrey Roloff commented. Meanwhile, Matt Roloff said, “Grandpa is hitting the lotto!!” Aww, and matriarch Amy Roloff said, “My heart is full of so much love over this. This grandma is so happy and for you both!” Even OutDaughtered star Adam Busby got in on the commenting and congratulated the pair: “So happy for you guys!”

The proud parents welcomed their daughter in November 2019 and instantly fell in love with their little girl. “My favorite thing about this girl lately is how smiley and happy she seems to always be,” Tori said about her bundle of joy on Instagram. Lilah was definitely the perfect addition to their family.

Tori and Zach celebrated five years of marriage in July 2020. While they may be married for five years, the pair have been together for a decade now. Their love clearly stands the test of time.