Defending herself. Kim Kardashian responded to backlash over her Skims maternity wear in a series of tweets posted on Sunday, September 13.

“Based on the majority of positive feedback we have received so far from pregnant women around the world, I am incredibly proud to provide a solution that will provide comfort and support during the times that we all need it most, during pregnancy and after,” the Keeping Up With the Kardashians star began. “We launched this category in response to the tens of thousands of pregnant women who wrote us requesting it and because it was something I personally needed when I was pregnant myself.”

We launched this category in response to the tens of thousands of pregnant women who wrote us requesting it and because it was something I personally needed when I was pregnant myself.

She added that the “belly part doesn’t slim your belly” but rather “provides support” to help with the “uncomfortable weight being carried in your stomach which affects your lower back.”

The mother of four — who shares kids North, Saint, Chicago and Psalm with husband Kanye West — also noted the garments can be worn after birth “especially if you are recovering from a cesarean.”

The reality babe took to social media seemingly in response to actress Jameela Jamil‘s critique over the shapewear. After Kim announced the newest addition to her company, The Good Place star, 34, took aim at her on social media.

“Lot of talk on the internet today about pregnancy shapewear. And each to their own. But from the discourse online I will say: I wish we could just normalize just focusing on the inside of a pregnant body, not the outside,” she wrote in an Instagram earlier that day. “You don’t need your shape corrected or hidden. You don’t need an even more awkward obstacle between you and a piss. You just need to try and ride with this miracle and do your best to be as happy/comfortable as is possible within your circumstances. Pregnancy is hard enough, with enough worries already.”

Since then, pregnant model Chrissy Teigen came to her friend’s defense by posing in several of the items. 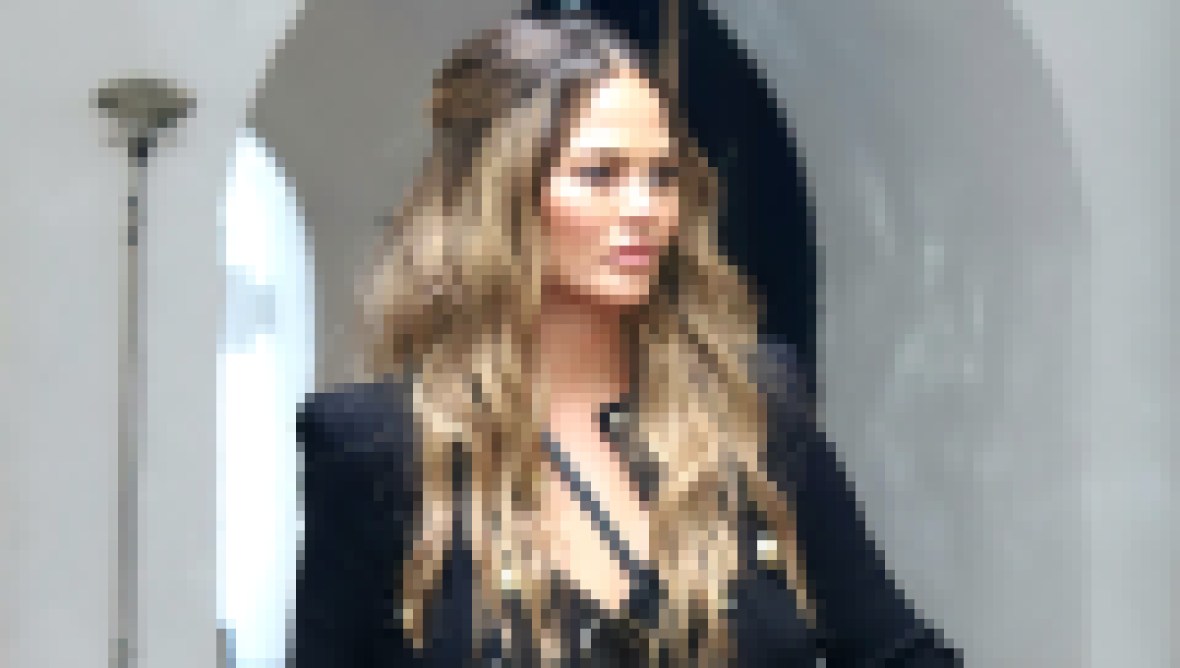 “This is not about creating a body that we don’t know we have. Like, we’re not trying to do anything to trick you,” the mom of two — who is expecting baby No. 3 with husband John Legend — slammed. “We’re pregnant. We would just like to feel good about ourselves in a time where mentally, it can be really challenging. … Honestly, what’s the big deal?”

Jameela has yet to respond to Kim or Chrissy’s comments.