Are wedding bells ringing? Justin Duggar and his girlfriend, Claire Spivey, look enamored with each other in a flirty new video they posted on Instagram, fueling rumors he will be popping the question in the very near future.

Justin, 17, and Claire, 19, were all smiles as they gushed over the love they have received following their courtship announcement in September. “Thanks for your support and enthusiasm!!” the Counting On star captioned his clip on Monday, October 19. 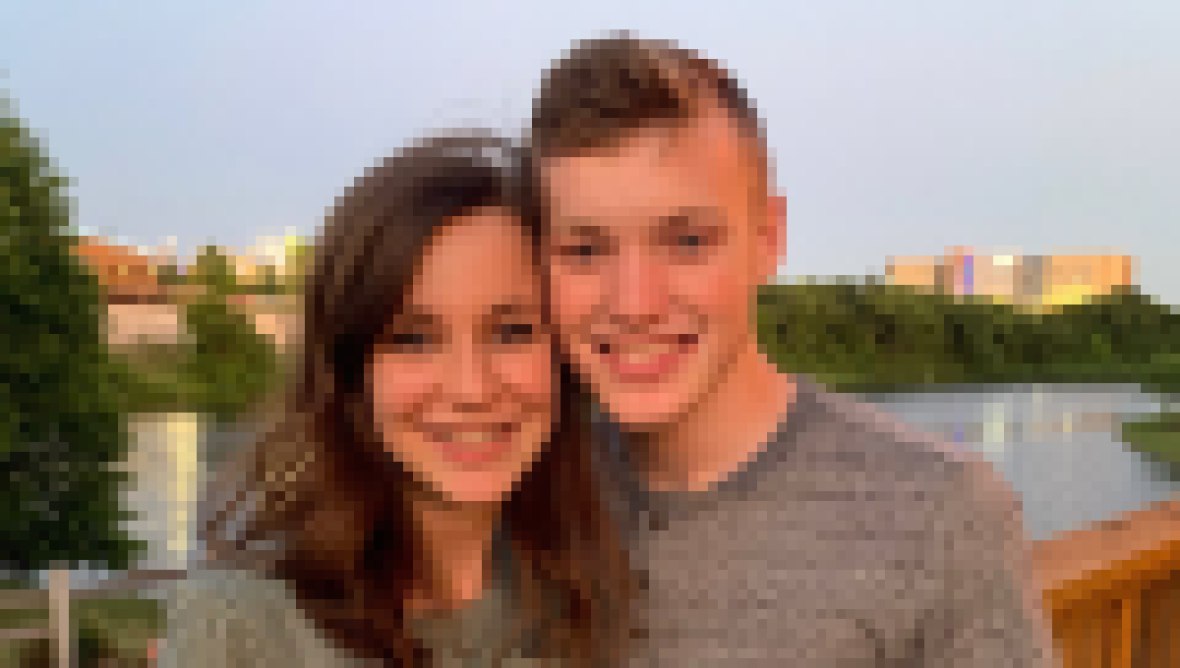 “We’re excited about what God’s done in this last year,” he said while glancing over at Claire. “We look forward to sharing more of our story with you very soon,” she sweetly added.

Some of their followers on the platform speculated the duo will soon be revealing their plans to get married. “I’m calling a Christmas engagement,” one social media user theorized. Others guessed he would get down on one knee by Thanksgiving.

Claire shared the same video to her Instagram account and one fan suggested they make a YouTube channel to show off their adventures together. “Thanks, we’ll tuck that idea away! [winking emoji],” she replied to the commenter, hinting that may be a possibility for them down the line.

Justin’s relatives and loved ones have since given their seal of approval to the new couple amid engagement rumors. “Y’all are adorable!” Joy-Anna Forsyth (née Duggar) replied to their latest post. “You both are precious!” Anna Duggar chimed in, while family friend Carlin Bates responded with several heart eye emojis.

The lovebirds previously revealed how they became an item in a TLCme video. Justin and Claire met at a family conference in Spring 2019 and quickly found they had a lot in common, including the fact they both came from big families. After growing closer, Justin got permission from Claire’s father to enter a courtship.

“Justin and I’s families have known each other for over 20 years, so before either he or I was born. And we got connected last year,” Claire dished about their backstory. “Something I really admire in Justin is how serious-minded he is, but his ability to have fun and to just see the bright side of things no matter what. He always looks for the best in people and I want to be more like him every day.”

Justin said he felt an instant connection with Claire, too. “God brought Claire in my life and I wasn’t really expecting it, but he brought her along right when I needed her and ever since then, I just knew she was the one,” he added at the time.

We’ll see what the future holds!