Sorry, Brad Pitt and Jennifer Aniston fans, it doesn’t look like the former flames will be crossing paths again at the 2020 Oscars, on Sunday, February 9, in Los Angeles. Since the Academy Awards honors actors and actresses in the film industry, the 50-year-old Friends alum was not up for any awards this year. 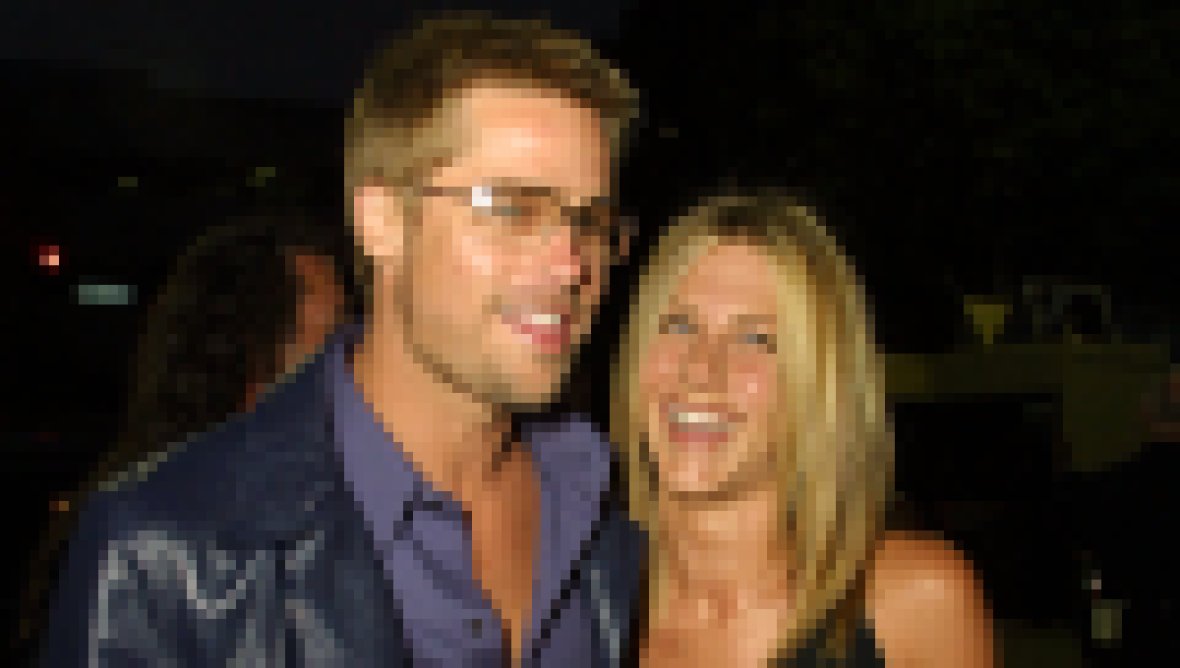 But the brunette beauty has been having a great 2020, to say the least, as she is currently starring in Apple TV+’s hit series The Morning Show. She won Outstanding Performance by a Female Actor in a Drama Series at the SAG Awards in January.

The California native was shocked when her name was called and couldn’t help but gush about making it in the entertainment world. “Oh my gosh, this is so unbelievable. What a room,” she began. “I was thinking back to when I was a little girl, I didn’t have a VCR, but I had a tape recorder. I would tape Laverne and Shirley, Happy Days on my tape deck, and I would listen to these episodes in my head. I would just think, ‘I am one day going to do that. I am going to be that.’ I just have to say, I am so grateful. To be up here is truly an honor.”

However, the photo that had everyone talking was when Brad, 56, and Jen reunited backstage at the awards show and looked like they shared an amazing interaction. “He grabbed onto her as she was walking over,” a source told In Touch exclusively. “They had this sweet little moment with what looked like a hug and a cheek kiss. They were whispering something to each other, but with all the commotion, it couldn’t be heard.”

Soon after, Jennifer was “floating on cloud 9,” an eyewitness revealed, and she “couldn’t stop smiling.” “Reporters were commenting that this was the happiest they’ve ever seen her, the best mood they ever witnessed from the typical press-shy, more closed off Jen.”

Prior to that, the Hollywood A-listers crossed paths at the Golden Globes, and Jen seemed happy for her ex during his speech. “Her eyes welled up with emotion when Brad won,” a second source explained.

Meanwhile, the Fight Club alum is up for another nomination — he won a SAG Award, Golden Globe and BAFTA so far this year — and we’re hoping he takes home the coveted trophy this time around.

Here’s hoping Jen and Brad bump into one another at the afterparties!