Your favorite stars looked pitch-perfect on the 2020 Grammys red carpet! On Sunday, January 26, music’s biggest celebrities stepped out in style as they competed to win honors like Record of the Year and Best New Artist. As fans tuned in to watch the trophies handed out, they couldn’t take their eyes away from all of the couture.

Not everyone was able to make the show, though. Taylor Swift was only one of the notable names who decided to sit the night out. Ahead of the 62nd Annual Grammy Awards, the Lover singer chose to stay home after being overlooked for several significant awards. She wasn’t totally snubbed — she’s up for four awards, including Song of the Year — but it seems she felt she ~needed to calm down~ with a night off. After all of the music drama she’s been through this year, we certainly don’t blame her. 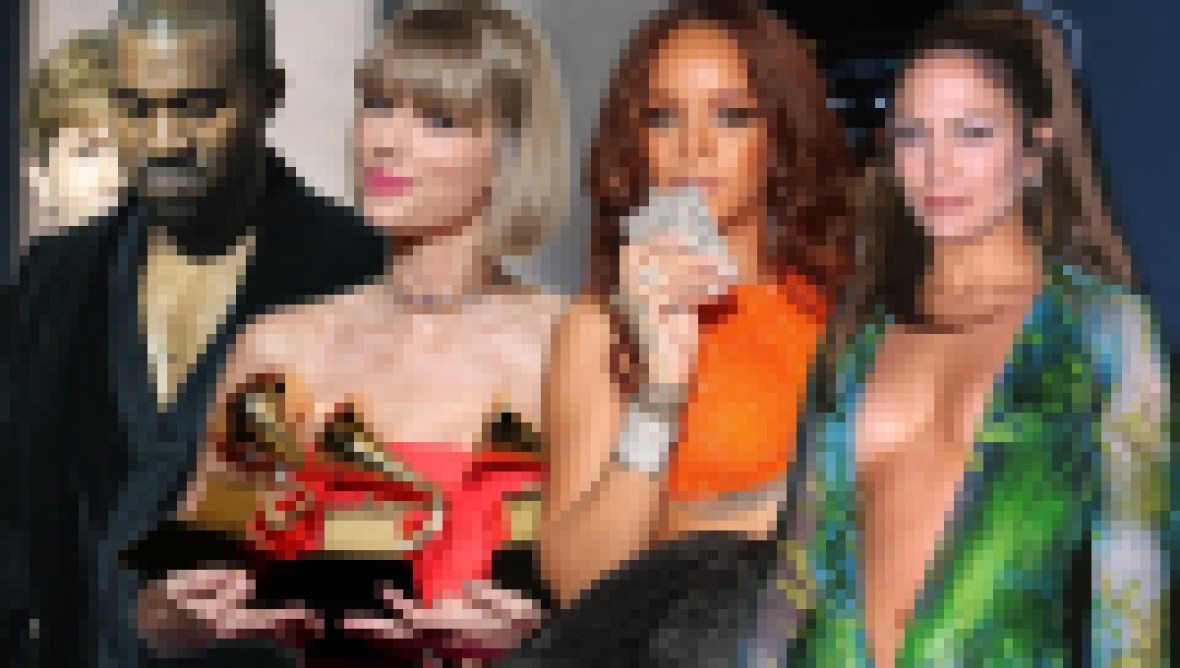 The Most ~Scandalous~ Grammy Moments Over the Years

Taylor, 30, also had her moment at the American Music Awards in November 2019, where she was honored as the Artist of the Decade and performed a medley of her hits. Though we missed her iconic style at the event, her friends and fellow artists had no trouble picking up the slack. After all, the Grammys are the show that gave us Jennifer Lopez‘s belly-baring, jungle-print Versace gown, the dress that not only launched 1,000 Google image searches but Google Images itself.

At the 2019 show, J. Lo lived up to her own hype as she stepped out in a sleek, silver gown topped with a matching hat and what looked like several pounds worth of rhinestones. Not one to be outdone, Cardi B also showed up doing the most, giving us The Birth of Venus vibes in a dress that made her look like a goddess emerging from a seashell. Miley Cyrus served some sweater paws realness with an oversized blazer and nothing underneath while Shawn Mendes looked like a prince in a royal blue suit.

This year, all eyes are on the show’s star-studded list of performers. Ariana Grande, Demi Lovato, John Legend, Lizzo, Blake Shelton and Gwen Stefani are all set to take the stage. But before the show starts, the style showdown begins. Check out the gallery below to see the stars’ red carpet fashion photos from the 2020 Grammys.

White hot! The “Truth Hurts” singer killed it in a long gown with a thigh-high slit and fur stole.

The model looked sweet as pie in her cherry-print frock.

JoJo gave us Angelina Jolie at the 2012 Oscars vibes as she rocked a dress with a dramatic slit that went nearly up to her hip.

Pretty in pink! Fashionista Giuliana’s one-shoulder gown had her looking bright and breezy.

We’re obsessed with the sheer panel in Jameela’s dress.

The singer looked like a shining star in silver.

He’s nominated for three Grammys, but we’d like to give a fourth to this gorgeous suit jacket!

This delicate pearl dress is so feminine and flirty.

This gumball machine inspired purse is giving us life, and the green gown is gorgeous.

Gwen joked her shell-covered gown was an homage to her boyfriend’s last name, and they looked picture perfect together.

The father and daughter rocked the red carpet together.

Ari’s decadent dress is a custom Giambattista Valli, and it looks fit for a princess.

This pink suit is everything — and that floral-print bomber jacket is pretty on point, too.

The simple striped jacket adds some texture to his all-black ensemble.

Brittany looked like a boss babe in her sunnies, satin top, and forest green suit set.

The JoBros looked color-coordinated and and perfectly in sync despite their different looks.

Danielle’s delicate dress is beyond beautiful.

Sophie Turner kept it casual in comparison to her sister-in-law.

Shawn looked good enough to eat in his cranberry-colored suit.

The songstress’ style is making us starry-eyed.

FKA Twigs paired the hip-height slit in her gown with an embroidered bodysuit that decorated her skin from the neck down.

Tyler the Bellhop? The rapper went for costume couture.

Orville Peck’s signature mask was in play as he and Diplo rocked their best cowboy kicks.

Fresh off his first Grammy wins, the singer looked handsome as hell.

The red leather is red hot — and those nails!

The mesh, the harness, the studs, the silk scarves — there’s not a single part of this look that we’re not dying over.

H.E.R. is a colorful queen in this take on a traditional kimono.

The full skirt brought Camila’s rhinestone dress to the next level.

The BTS boys looked more dapper than ever in their turtlenecks and overcoats.

Chrissy looked pretty as a peach in orange while John’s pleated coat was perfect.

Legends supporting legends — what more could we ask for?

This look is the perfect marriage of sexy and sleek.

Shania is still the one! And we are very impressed by this fun, flirty look.

Dua is fierce and frosty in her warm white gown and cool blue eyeshadow.

The pops of pink in Keyshia’s outfit add just the right touch — and Gucci’s Gucci look is so glamorous.

The daring hip-height slits on both sides took this dress from demure to delicious.