The happiest little girl! Thanks to social media, fans have watched Rob Kardashian‘s daughter, Dream Kardashian, grow up right before their eyes.

On November 10, 2016, the Keeping Up With the Kardashians alum and his ex-girlfriend, Blac Chyna, welcomed their baby into the world. The couple may have split nearly a month after she was born, but they’re both constantly showing love for their little girl on social media. In fact, when celebrating Dream’s fourth birthday in November 2020, the Arthur George founder gushed over his “sweet and smart girl.” 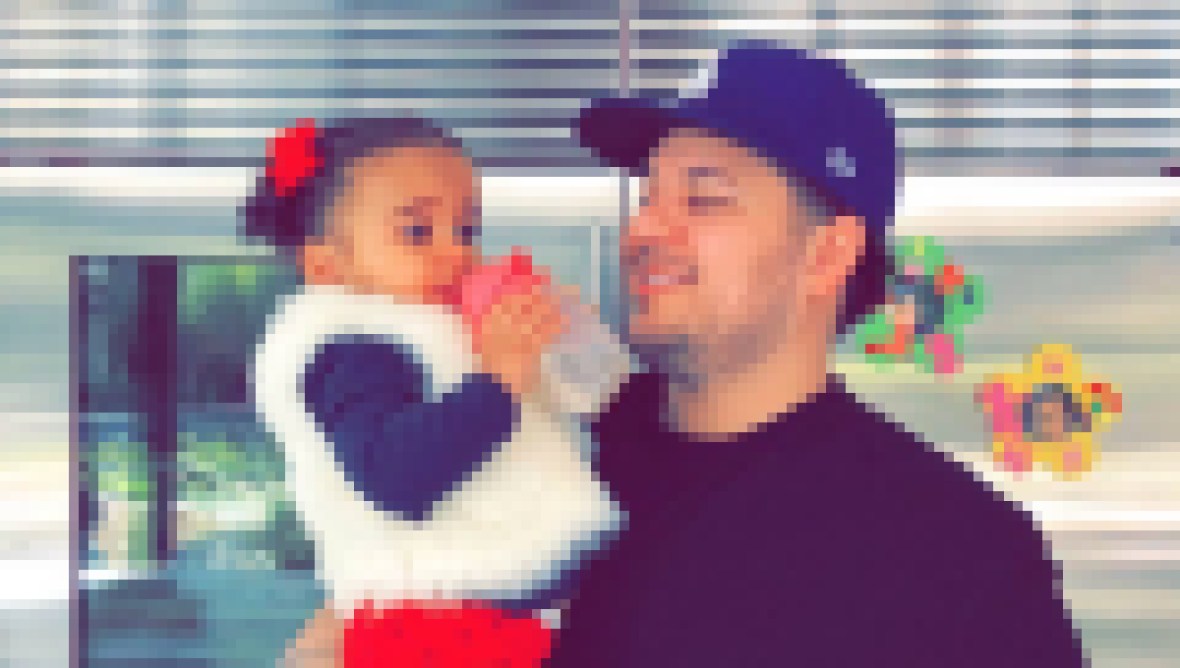 Dream Kardashian Is Such a Daddy's Girl! See Father-Daughter Photos

Similarly, Kris Jenner praised Dream, and her special bond with Rob, that same month during an appearance on iHeartRadio’s “Pretty Messed Up” podcast. “His daughter, Dream, is great and he’s so in love with that kid,” the momager shared. “He’s such a great dad and you never know — you have kids, they grow up, they have their kids — and you just don’t know how somebody is going to be as a parent but he’s just … wow.”

Over the years, the former reality star has had his ups and downs during his time in the spotlight, but one thing’s for sure, Rob always has his full attention on Dream. “He has found a happier place where he is focused on Dream and all the joy she brings,” a source told E! News in February 2021 about their father-daughter relationship. “He wants to be the best dad possible and doesn’t want to let her down.”

With the big smile the tiny tot is always sporting in photos and videos, it seems like she’s the happiest girl around.

With a family name like the Kardashians, it’s no surprise that Dream is already rocking some stylish looks. From her own Yeezy sneakers (thanks to her uncle, Kanye West) and cheetah print matching sets, this tiny tot is already a fashionista in the making. As she continues to grow up, Dream will definitely be giving auntie Kylie Jenner a run for her money when it comes to being a social media influencer, especially since the curly-haired cutie already has her own Instagram account with over 700,000 followers! It’s safe to say, Dream is totally living her best life.

Scroll through our gallery to see the most adorable pictures of Rob’s daughter and her megawatt smile.

Dream posed with her aunt Khloé Kardashian and cousin True for this sweet selfie.

From the look of it, Dream is growing up to be a Los Angeles Rams fan!

The queen dressed up as a purple unicorn to celebrate her 4th birthday in November 2020.

“My queen wanted to be her favorite superhero — WONDER WOMAN — so here she is,” Rob captioned this post.

It doesn’t get cuter than this!

Rob shared a pic after Dream dressed herself!

Who doesn’t love play time in the sand?!

Dream is the happiest kid, ever.

In the Ball Pit

Ball pits are fun at any age.

Dream and True are BFF goals!

The hat was the perfect touch to this look.

Even Dream can’t get enough of Snapchat filters!

A total superstar right after birth.

Ariel has nothing on Dream!

This pink dress is too cute.

Both Dream and Blac Chyna are never camera shy!

Dream stunned in these shades.